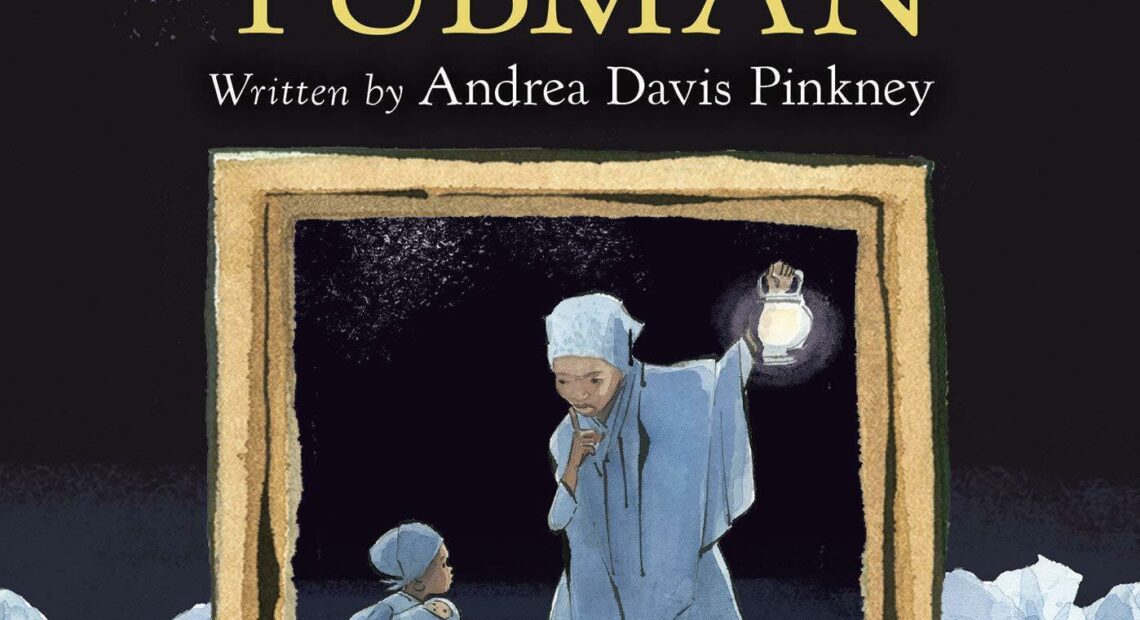 Did you know that Annie Oakley had a cow called “Old Pink?” Or that she made her first quail trap out of cornstalks? Or that the very first time she picked up a rifle, she was able to shoot a walnut that was hanging off a tree?

I know that because in the fifth grade my teacher, Mrs. Coleman, had a book called Annie Oakley by Ellen Wilson, and please don’t tell anyone, but I borrowed it from the classroom library and somehow never returned it. (I am sure I meant to, I really am, but how Annie was so much like me … really, I have no excuse). I must have read that book a hundred times, along with Invincible Louisa by Cornelia Meigs, and books from the Childhood of Famous Americans series. I loved reading about important people when they were kids, especially women like Clara Barton and Helen Keller, identifying with their childhood frustrations with having to sew quilts instead of play outside, or having keep their opinions to themselves when they were bursting with things to say. Thinking back, there were precious few books about important women when I was a kid, much less books about women of color, and the ones I did find I had to search pretty hard for. It seemed women had not made much of an impression on history, unless they were very loud, very disagreeable to society, or did something impossible to ignore — like found the Red Cross. 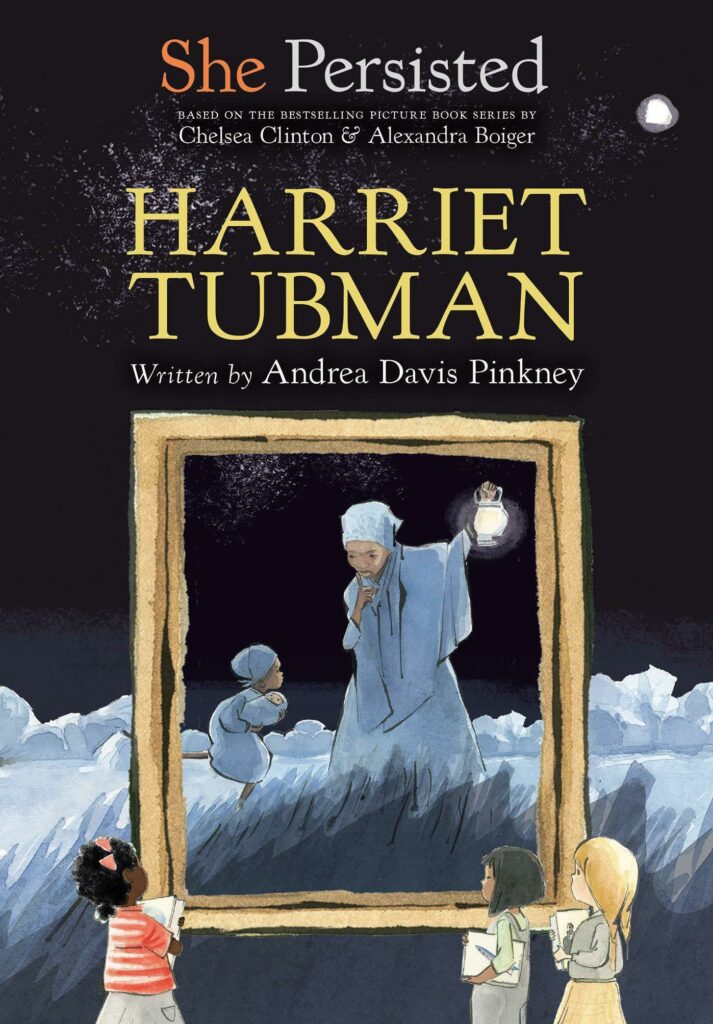 Thankfully, that is no longer the case. Chelsea Clinton has taken her bestselling She Persisted series of picture books, and with the help of some pretty amazing women in their own right, is turning them into chapter books. Chapter books!

Clinton says chapter books were not part of the original vision for She Persisted, but when she saw that kids were getting more and more curious about the women featured in the books, she decided to run with the idea. I have really liked the She Persisted series in its original form, but there is just something about a chapter book that takes you inside, that makes the reader want to make that cornstalk trap or learn sign language, something that helps the reader understand the details of hardship and tenacity, that brings an historical person to life.

And so it is with the first installment in the new series, She Persisted: Harriet Tubman, written by Andrea Davis Pinkney. And it all starts with “Minty.”

My kids have a hard time believing I was ever a little girl, much less believe it about people they have mostly read about in history books (or never heard of at all). Let’s face it, it’s awfully hard to imagine most people as little kids, and a lot of the women in the new chapter book series are no different. (I mean, can you even imagine Florence Griffith Joyner without those fingernails? I can’t.) The idea that someone so important, someone so mythical, could ever have bitten their fingernails or sneezed milk out of their nose or refused to eat their supper is just beyond the imagination. I mean, how can these people ever be real, much less real little kids?

Which brings us back to Minty. No, Harriet Tubman did not emerge fully-formed as a freedom fighter and superhero, surprisingly enough, she was once a little girl with a nickname. Andrea Davis Pinkney does not introduce the reader to adult Harriet, but rather baby Harriet, who evidently was a very loud crier. And guess what? Yes, long before Harriet Tubman was leading enslaved people to freedom, she was emptying muskrat traps in a freezing cold river, changing stinky diapers and minding a fussy baby, and just once, sneaking sugar. 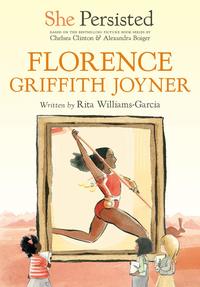 Why are these details so important to kids? Harriet was only six when she had to wade into freezing water to empty muskrat traps, and she wasn’t changing the diapers on her own family’s baby, she was changing the diapers of her Mistress’ baby, when she was hardly older than baby herself. And why was she sneaking sugar? Because she had never tasted it before. She didn’t get to pick which baby she diapered, or say she was too young to go into an icy river, and she didn’t get to have a tantrum if she didn’t get candy. You see, Harriet had no choice. She was enslaved.

Of course, I know that, you may be saying, who doesn’t? But what does that mean? Imagine trying to bring that reality home to kids who have a cabinet full of snacks at home, who have ten pairs of shoes from which to choose, and who get an allowance for doing chores. Imagine trying to get a child who just wants to be a YouTube star to understand that Harriet wasn’t able to ever learn to read or write. Can we even imagine it ourselves? I don’t know that most of us can. But we have to try.

Turning She Persisted into chapter books gives authors the chance to try, to find a way to have kids who have never had to run away from a cruel master the way Harriet Tubman did understand why she ran, or to have kids who have never seen a city understand what it was like to grow up in an impoverished housing project like Florence Griffith Joyner did, to have a kid who lives for the weekends understand that for labor organizer Clara Lemlich, Saturday didn’t mean sleeping late and watching cartoons, it was just another 11-hour day of working in a sweatshop for $3. These women’s lives are so foreign to most kids that trying — and succeeding — to show how important they are means making them real, just like Ellen Wilson made little Annie Oakley real to me, tossing her braids and climbing trees. And Andrea Davis Pinkney certainly achieves that.

So Minty, Maria Tallchief, Sally Ride, Virginia Apgar, Ruby Bridges, and others will find their places on my kids’ shelves right next to Clara Barton and Florence Nightingale, and yes, “Little Sure Shot” herself, Annie Oakley. She’s still there, torn frontispiece and all. I’ll make it up to you, Mrs. Coleman, I promise.