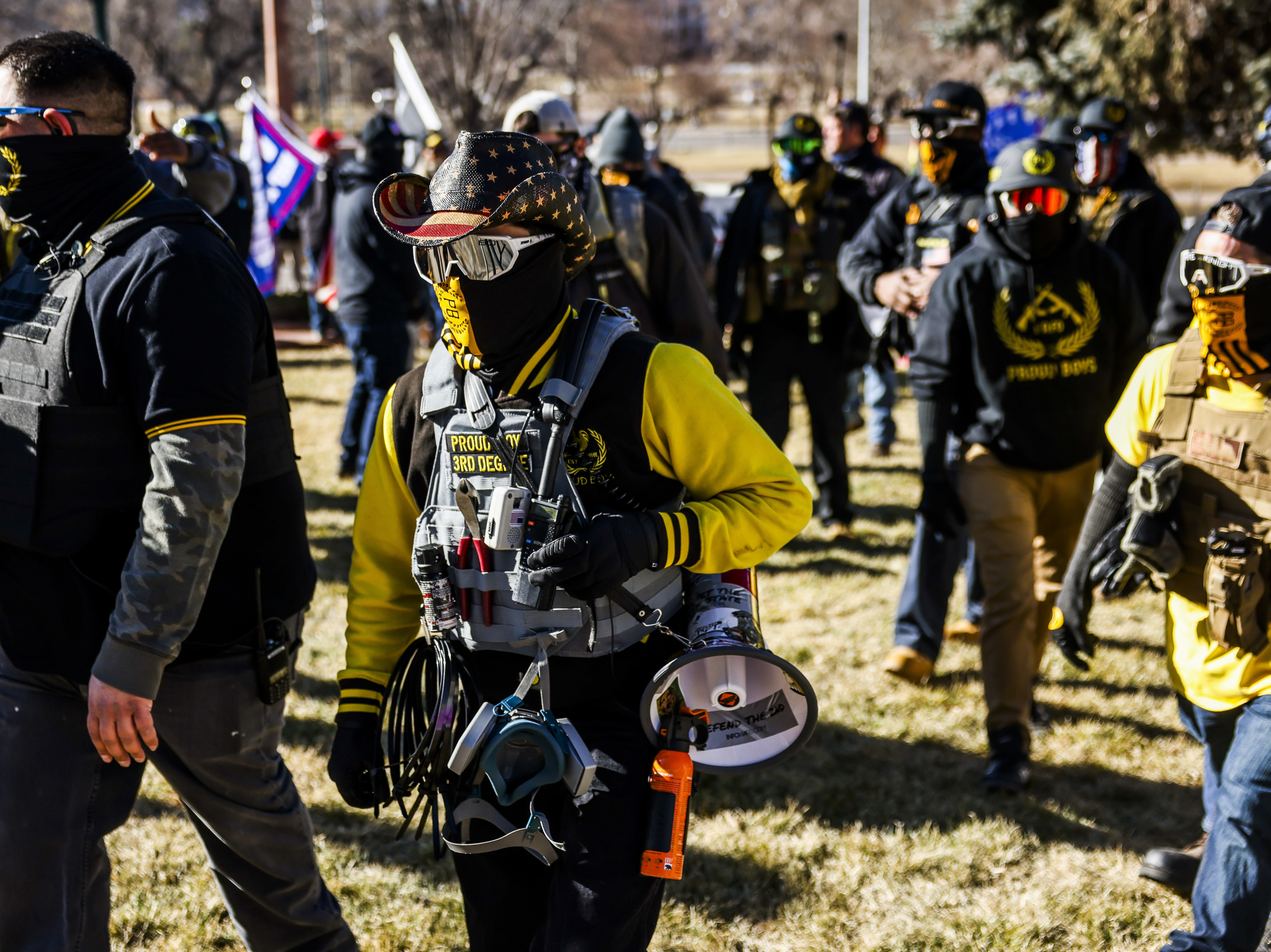 Canada Lists Proud Boys As A Terrorist Group, Alongside ISIS And Al-Qaida

Canada’s government designated the Proud Boys and 12 other extremist groups as terrorist entities on Wednesday, placing the groups on the same list as the Islamic State and al-Qaida.

“Based on their actions, each group meets the legal threshold” for the criminal designation, Public Safety Canada said as it announced the move. The agency cited “reasonable grounds to believe that an entity has knowingly participated in or facilitated a terrorist activity” or has acted on behalf of or in association with such a terrorist entity.

The agency describes the Proud Boys as “a neo-fascist organization that engages in political violence” and whose members “espouse misogynistic, Islamophobic, anti-Semitic, anti-immigrant, and/or white supremacist ideologies and associate with white supremacist groups.”

Public Safety Canada also notes the group’s prominent role in last month’s attack in Washington: “On January 6, 2021, the Proud Boys played a pivotal role in the insurrection at the U.S. Capitol. Leaders of the group planned their participation by setting out objectives, issuing instructions, and directing members during the insurrection.”

The terror designation means that Canadian banks and other financial institutions must freeze any assets connected to the groups and that it’s illegal for anyone to knowingly do business with them. It’s also a crime to give support to the groups – behavior that could range from travel and training to recruitment, the government says.

There is no provision in U.S. federal law to identify and criminalize domestic groups as terrorist, a legal issue complicated by First Amendment free speech guarantees.

In 2018, the FBI designated the Proud Boys as an extremist group with ties to white nationalism — a categorization that first came to light through an internal report that was obtained from law enforcement in Washington state.

The Southern Poverty Law Center has classified the Proud Boys as a hate group, sparking a 2019 defamation lawsuit by Gavin McInnes, who founded the far-right organization in 2016.

In addition to the Proud Boys, Canada’s government categorized the Atomwaffen Division, The Base and the Russian Imperial Movement as terrorist entities. Also included were three al-Qaida affiliates, five ISIS affiliates and the Hizbul Mujahideen, which operates in India-administered Kashmir.

The Proud Boys have been linked to several violent episodes in the U.S. Rather than condemn its tactics, President Donald Trump notably told the group during a campaign debate with Joe Biden to “stand back, and stand by.”

Far-right and white supremacy movements have also been a problem for Canada.

Some of the groups’ members have crossed the border: Last year, Canadian national Patrik Jordan Mathews was arrested in the U.S. with other alleged members of The Base on charges ranging from the illegal transport of a machine gun to harboring aliens. Mathews had apparently entered the U.S. days after a high-profile police raid on his house in rural Manitoba, Canada, in 2019.

As Canada moved against The Base, the Proud Boys and other groups, Bill Blair, minister of public safety and emergency preparedness, called it “an important step in our effort to combat violent extremism in all forms.”