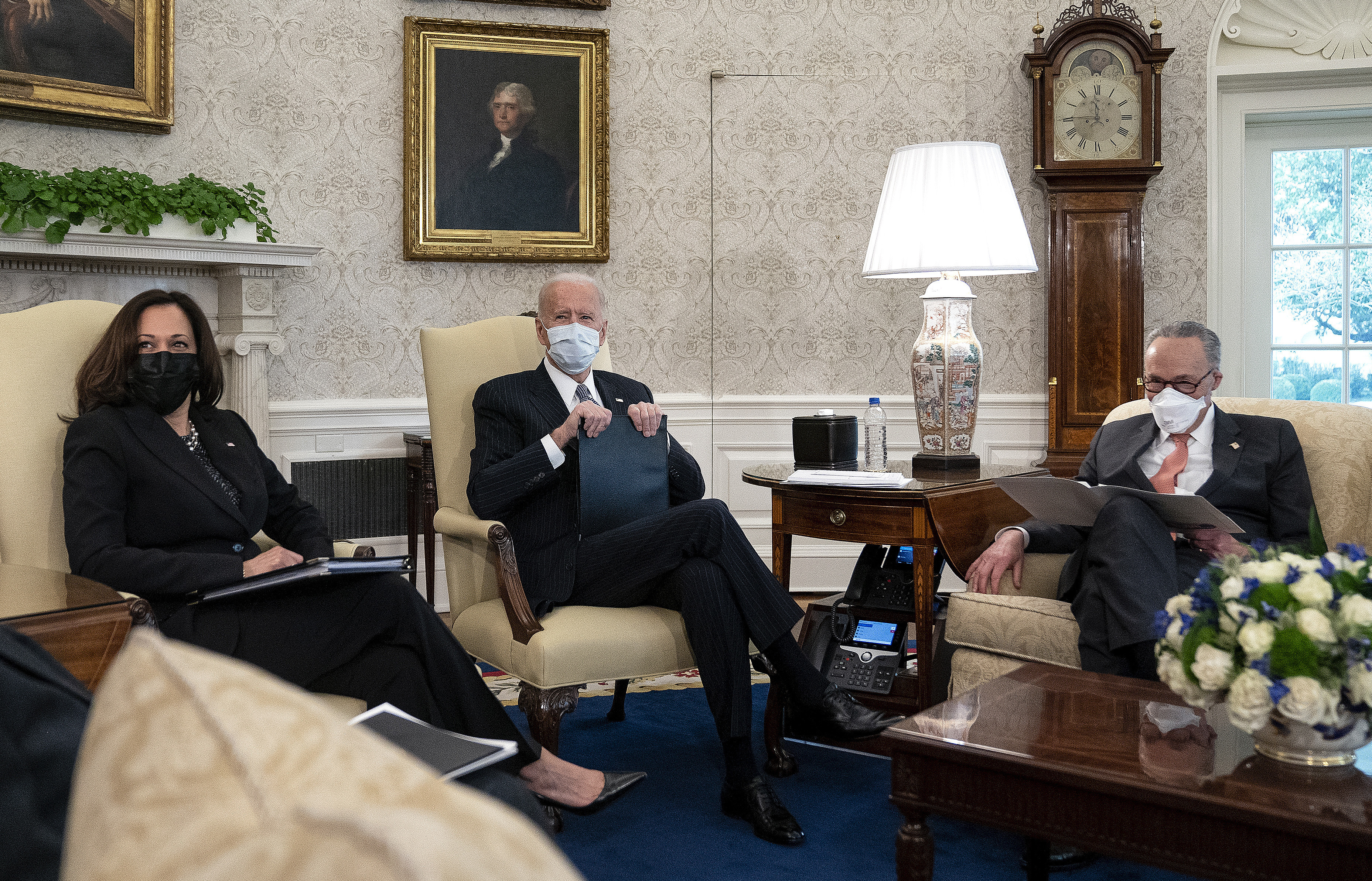 President Biden Moves Ahead On Relief Bill Without GOP, But Signals Checks Could Be Targeted

President Biden and congressional Democrats are pressing ahead on a massive $1.9 trillion coronavirus relief bill, taking the steps in the House and Senate to approve the measure without Republican support.

Biden called into the weekly House Democratic Caucus call Wednesday and reiterated his commitment to including direct payments of $1,400 in the package.

But as some Republicans press for the payments to be targeted to those below a lower income threshold, the president signaled some room to compromise there, according to a source on the call. “Maybe we can — I think we can better target that number,” Biden said, according to the source. “I’m OK with that.”

But Biden declared, “I’m not going to start my administration by breaking a promise to the American people.” 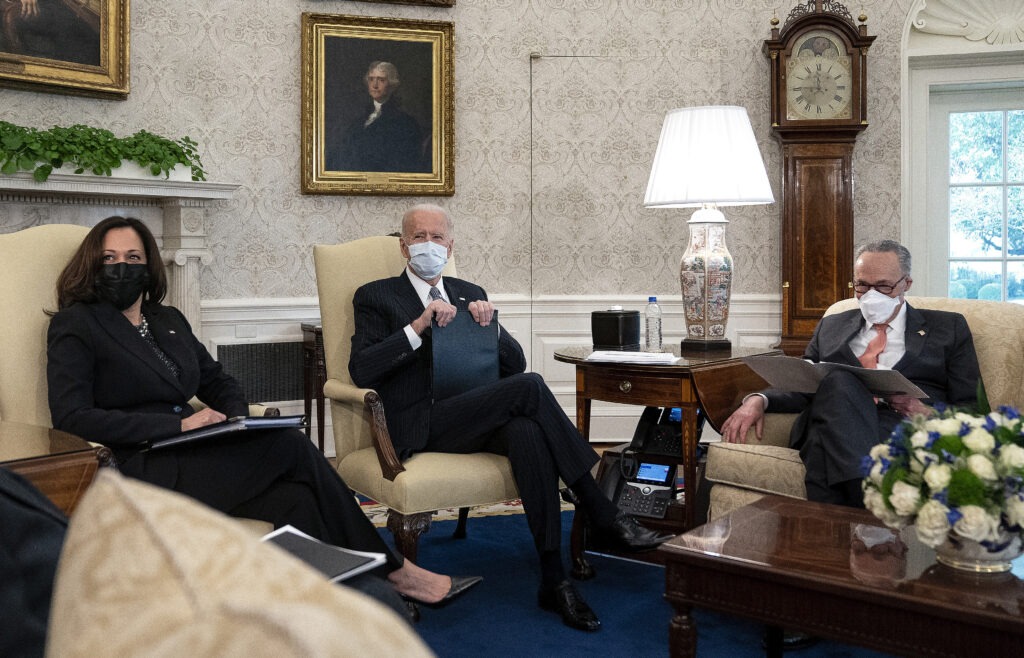 The president then met with Senate Democratic leaders in the Oval Office on Wednesday for about 90 minutes. Reporters ushered in for a brief photo op at the start of the meeting said Biden did not respond to shouted questions about the targeting of payments. He did say he believed he would get some GOP support for his proposal.

After the meeting, Senate Majority Leader Chuck Schumer, D-N.Y., said there was “universal agreement we must go big and bold” and said he hoped for Republican support but was not willing to wait too long.

“We want to do it bipartisan, but we must be strong. We cannot dawdle, we cannot delay, we cannot dilute, because the troubles that this nation has and the opportunities that we can bring them are so large,” Schumer said, declining to take reporters’ questions.

The rapid outreach to Democrats comes after a two-hour meeting Monday with a group of 10 Republican senators who floated a scaled-down, roughly $600 billion COVID-19 bill. GOP senators praised the open dialogue, but both sides acknowledged they were far apart on the size and some key components of what should be in a final deal. The White House and senior Democrats on Capitol Hill maintain that the millions of Americans struggling because of the coronavirus pandemic require a bolder approach.

The Senate began debating its budget bill Tuesday, something that’s expected to take the bulk of the week, and the House is expected to approve its version Wednesday evening. That sets in motion a process known as reconciliation that allows a bill to go through with a simple majority in the Senate and avoid the 60-vote requirement needed to end a filibuster.

Two of Biden’s closest Senate allies from his home state of Delaware — Sens. Chris Coons and Tom Carper — met with Biden for an hour on Wednesday morning.

Coons told reporters after the session that the idea of limiting who gets the checks was part of that discussion. “We did have a conversation about the direct payments and how those might be modified in a way to ensure they’re targeted,” he said.

But Coons emphasized that the president is “not going to forget the middle class.”

Senate Republicans have warned that if Democrats move ahead with a partisan bill, it could squander any goodwill to negotiate on future legislation. Biden campaigned on his ability to broker deals with Republicans as well as his decades of experience serving in the Senate. Democrats say they want to continue talks about bipartisan proposals that could make it into a relief bill, but feel pressure to continue pressing ahead with reconciliation so that a final measure can be enacted before those who are now getting enhanced unemployment assistance lose those benefits in mid-March.

Carper noted that the focus was on getting people vaccinated and “to put the coronavirus in the rearview mirror.” He said the president told them, “To the extent we can work with our Republican colleagues, let’s do that.”

West Virginia Sen. Joe Manchin, a centrist Democrat who has been urging a bipartisan effort, signaled in an interview with CBS This Morning that he could back the package even if no Republicans vote for it since there was an open process to debate amendments from lawmakers from both parties. He noted that he spoke with Biden about the process. Manchin has also been pushing for more-targeted checks in the next round of direct payments, but he backs the $1,400 amount. His support is critical in the 50-50 Senate, where the Democratic caucus will need unity to pass a final deal.