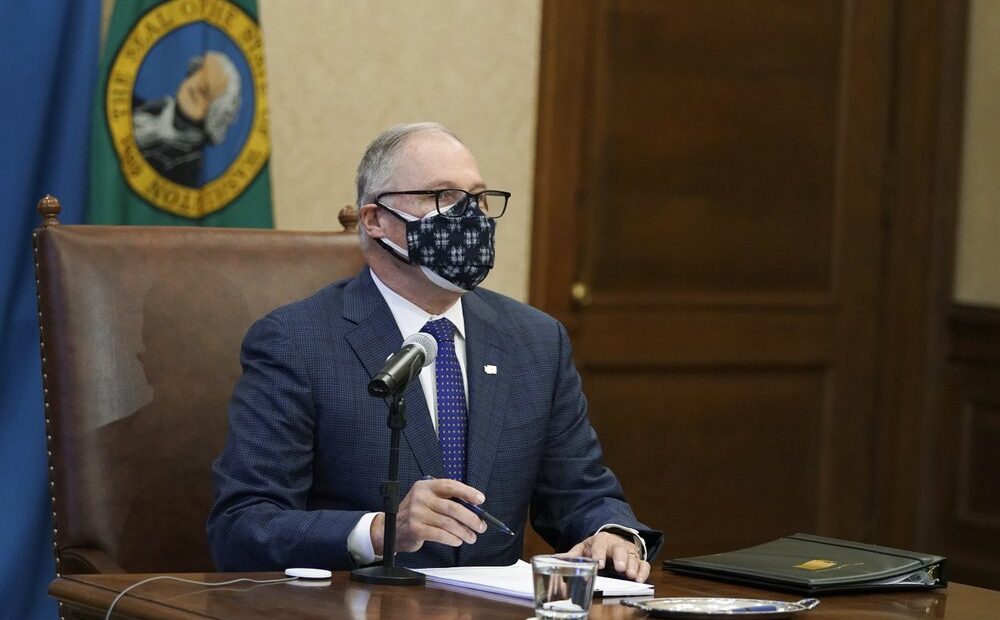 A bill that increases the minimum weekly benefit for unemployed workers during the ongoing coronavirus pandemic and prevents a dramatic increase in unemployment taxes paid by businesses was signed into law Monday by Washington Gov. Jay Inslee.

“We know that this pandemic has caused sweeping economic hardship for workers and businesses,” Inslee said. “This bill is a big step forward to softening those impacts.”

The measure will prevent $1.7 billion in automatic unemployment insurance tax increases from taking effect through 2025, including $920 million this year due to last year’s pandemic-induced layoffs. 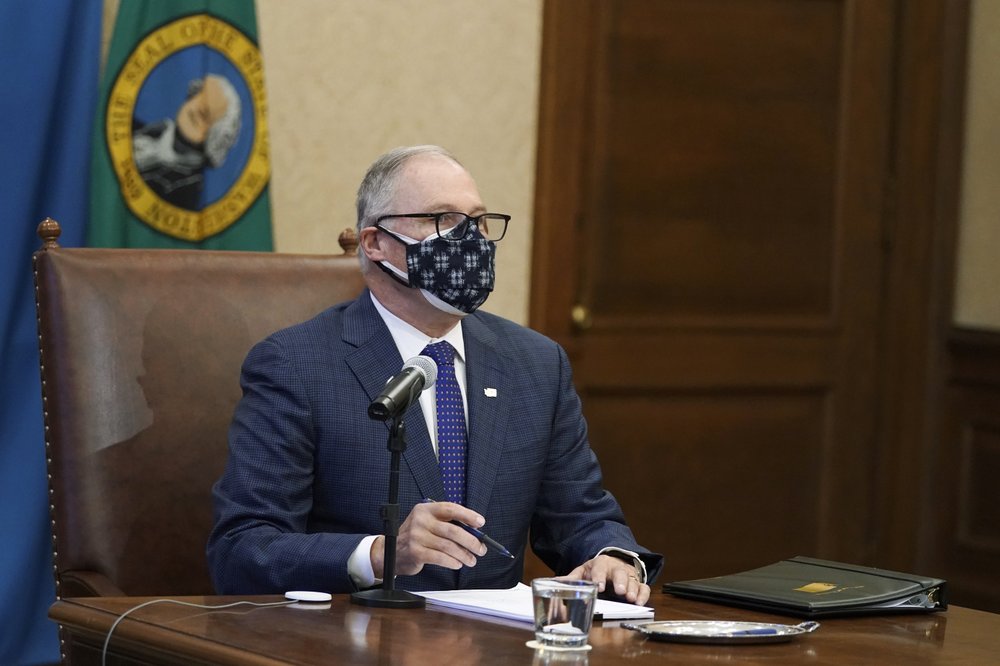 Washington Gov. Jay Inslee signs the first bill to be signed into law during the 2021 legislative session, Monday, Feb. 8, 2021. The measure increases the minimum weekly benefit for unemployed workers during the ongoing coronavirus pandemic and prevents a dramatic increase in unemployment taxes paid by businesses. CREDIT: Ted S. Warren/AP

It also allows high-risk workers who cannot work from home to voluntarily quit and still receive benefits, and will waive charges for an employer who reduces operations or shuts down due to an infectious public health emergency.

The House passed the measure on a 89-8 bipartisan vote last month, days after the Senate approved it. The measure is the first bill signed into law by Inslee this legislative session and has an emergency clause, which means it takes effect immediately.

Republican Sen. Curtis King, said that while there is more work lawmakers must do, the bill will help businesses “that have been struggling so mightily just to keep their doors open.”

The bill is among COVID-19 relief measures the Legislature is fast-tracking during the 105-day legislative session. On Wednesday, the Senate is expected to vote on a bill passed by the House last week that allocates $2.2 billion in federal relief funding. Under that measure, more than $668 million goes to K-12 schools using a funding formula tied to how many low-income families are in a district. An additional $618 million goes into a COVID-19 Public Health Response Account, for efforts such as testing and contact tracing.