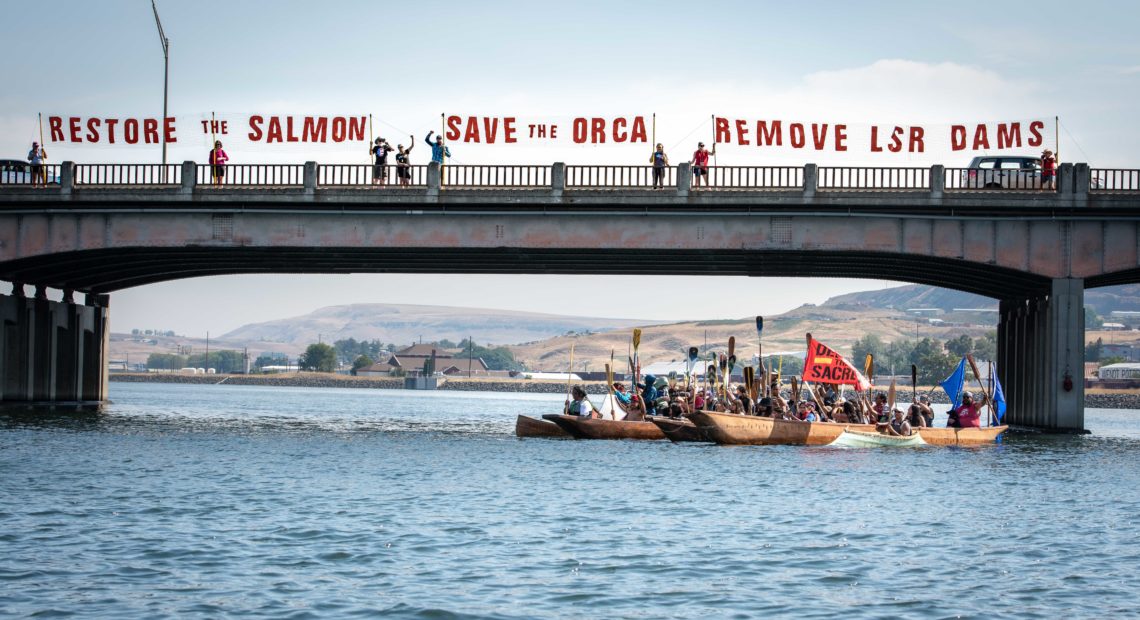 Idaho Congressman Mike Simpson is pushing to remove the four Lower Snake River dams in Washington. It’s part of a wide-ranging infrastructure plan to help reshape communities that depend on them.

Simpson says saving Snake River salmon runs isn’t possible without removing the federally-managed dams. But he says it’s not just dams versus salmon. He’s laying out a plan that tries to find solutions for all of the decades-old sticking points.

A $33.5 billion stimulus package would breach the four dams by 2031. Much of the funding would go toward solutions for what would be lost, including hydropower, less access to irrigation, grain transportation and economic development for Lewiston and the Tri-Cities.

The proposal comes after a federal study last year recommended keeping the dams in place. That study cited deep economic hardships that could come with dam removal. But some salmon and dam supporters say Simpson’s plan tries to thoughtfully address many of those concerns.

Simpson says this plan could be wrapped into an expected clean energy stimulus package from the Biden administration. But eastern Washington Representatives Dan Newhouse and Cathy McMorris Rodgers continue to champion the four Lower Snake River dams, which are in their districts.

“These dams are the beating heart of Eastern Washington,” Republican Rep. Cathy McMorris Rodgers said in a statement. “Spending $33 billion to breach them — with no guarantee that doing so will restore salmon populations — is a drastic, fiscally irresponsible leap to take.”

Environmentalists have long supported breaching the dams, and in exchange — under Simpson’s plan — they would agree not use their key leverage tool: lawsuits, the Idaho Statesman reported.

The conversation comes at a key time for the fish. Eight dams along the Snake and Columbia rivers hinder their migration to the Pacific and half of the young salmon die on the trip. Idaho salmon runs have dwindled from the millions of wild fish to only a few thousand some years.

Simpson’s plan could be a turning point on the issue mired in decades of court battles and ballooning costs, but there’s still plenty of disagreement.

“I want to be clear that I’m not certain removing these dams will restore Idaho salmon and prevent their extinction,” Simpson told the Statesman. “But I am certain if we do not take this course of action, we are condemning Idaho salmon to extinction.”

Courtney Flatt covers environmental and natural resources issues for NWPB. She is based in the Tri-Cities. Information from the Associated Press was used in this story.