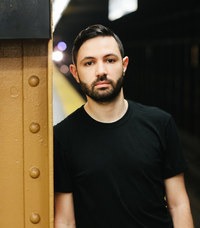 If hope were an object, it would be poet Alex Dimitrov’s new book Love and Other Poems.

In its entirety, the book itself is one long love poem — to New York City, to the moon, to the many “scenes from our world” — but it’s mostly about what it means to have hope, even when we feel like we’re all alone.

The book is guided by the structure of time. We go full circle from June through to May; summer through to spring. There is a poem for each month, just as there is a poem for each feeling. Pleasure, annoyance, boredom, spiritual awakening — we feel it all. And as the poems travel through time, the poet’s vulnerability and loneliness are palpable enough to, perhaps deliberately, make the reader feel less alone. 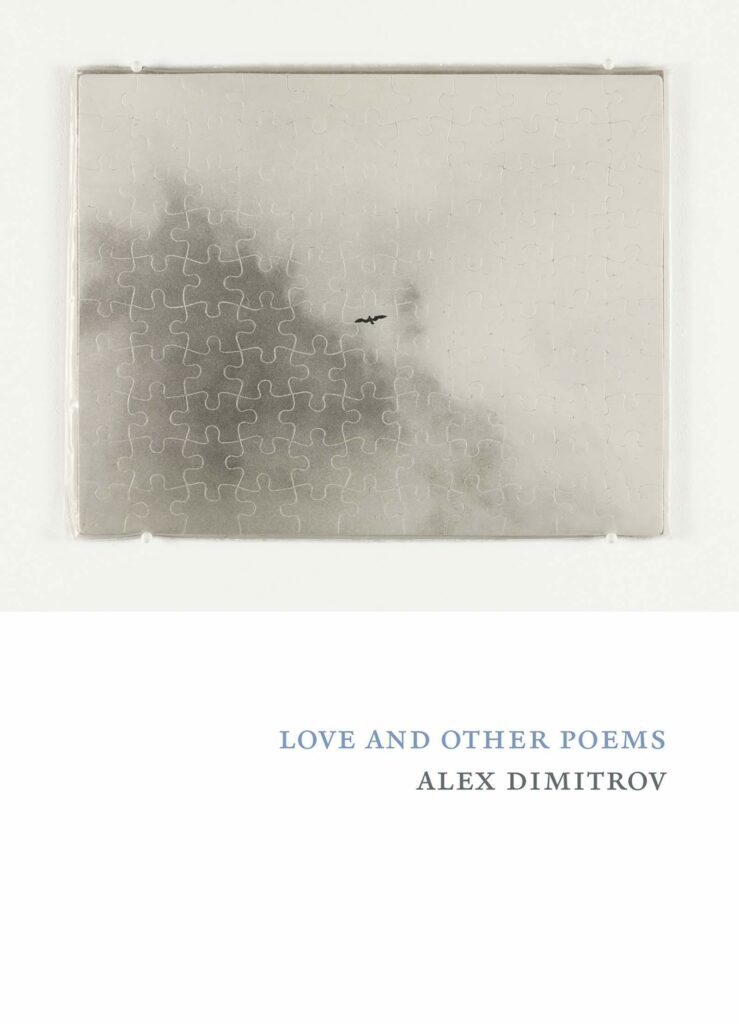 Love and Other Poems, by Alex Dimitrov

And by traveling through time, I mean travelling through time in New York. The city is the collection’s central character, as is expected from Dimitrov’s dedication to it at the beginning. “This book is for our city of New York,” he writes. Here, the collective possession of the city — the “our” — is what sets up the warmth and familiarity of the place.

We start off at “Sunset on 14th Street.” As the very first poem in the book, its first lines are a preamble to the fluctuations the reader is about to experience: “I don’t want to sound unreasonable / but I need to be in love immediately,” Dimitrov writes. So we dive in.

On our journey to love, a rush of thoughts gives way to paradox. The poem goes on, “You can be sad / and still look so good. You can / say New York is beautiful / and it wouldn’t be a headline / and it wouldn’t be a lie.” Indeed, cliches are cliches for a reason. They are neither unique nor surprising. But they are true, just as it’s true that we can feel lost, yet determined to go on. The poem ends,

The way to get there

Don’t let that stop you though.

Look at the sky. Kiss everyone

you can for sure.

What do we find when we look to the sky? Only the true embodiment of loneliness — the moon. In the poem “New Moon,” Dimitrov writes,

It’s motherless up there. Then quiet.

And our names — the names

we tried so hard to live with —

are no longer ours.

Again, in the poem “Full Moon,” he says,

There’s no contract up there

But anonymity and movement

The cold orbiting the new.

The poet is asking us to give into the vastness. If the moon is to carry the burden of loneliness, perhaps we can find love by sharing the bit of love we already have. So he wanders through the city looking for someone to share it with.

In the poem “June,” he is “Walking alone / through Union Square … carrying flowers.” In “July,” he “swim[s] through the heat on Broadway … and disappears in the Strand.” And then in “August,” — relief:

So this is love. When it slows

the rain touches everyone on their way home.

Alas, it is simply because we are part of the world, then, that we are never truly alone. Dimitrov underlines this feeling of natural belonging in the book’s title poem-slash-listicle “Love.”

“I love people,” he writes. “I love people and my time away from them the most.” Alone, he can turn his love towards moments — “I love how February is the shortest month,” “I love midnights,” “I love July and its slowness.” Then there is love, of course, for moments specific to the city — “I love how no matter where on the island, at any hour, there’s / at least one lit square at the top or bottom of a building in / Manhattan.” He writes, “I love New York City. // I love New York City a lot.”

What is it about looking for love and spending time in this city that makes Dimitrov’s book a symbol of hope? This too is answered in the poem when he writes, “I love writing this and not knowing what I’ll love next.”

So perhaps we don’t need to search love out after all. In going to “dinner alone,” or buying “flowers for no one,” the poet is replicating in himself the trust that the months — that time — will always go on, giving love another chance.

And at the end of the book, Dimitrov notes that the poem “Love” is endless, in that it literally continues to exist on Twitter under the handle @apoemcalledlove. He writes it in real time by adding one tweet — one line — each day. On the last day of 2020, a year so many of us lost so much, he wrote: “I love how time explains nothing.”

Love and Other Poems promises that every now and then, love will find us. And if it doesn’t, the moon — and New York City — will always be right there.