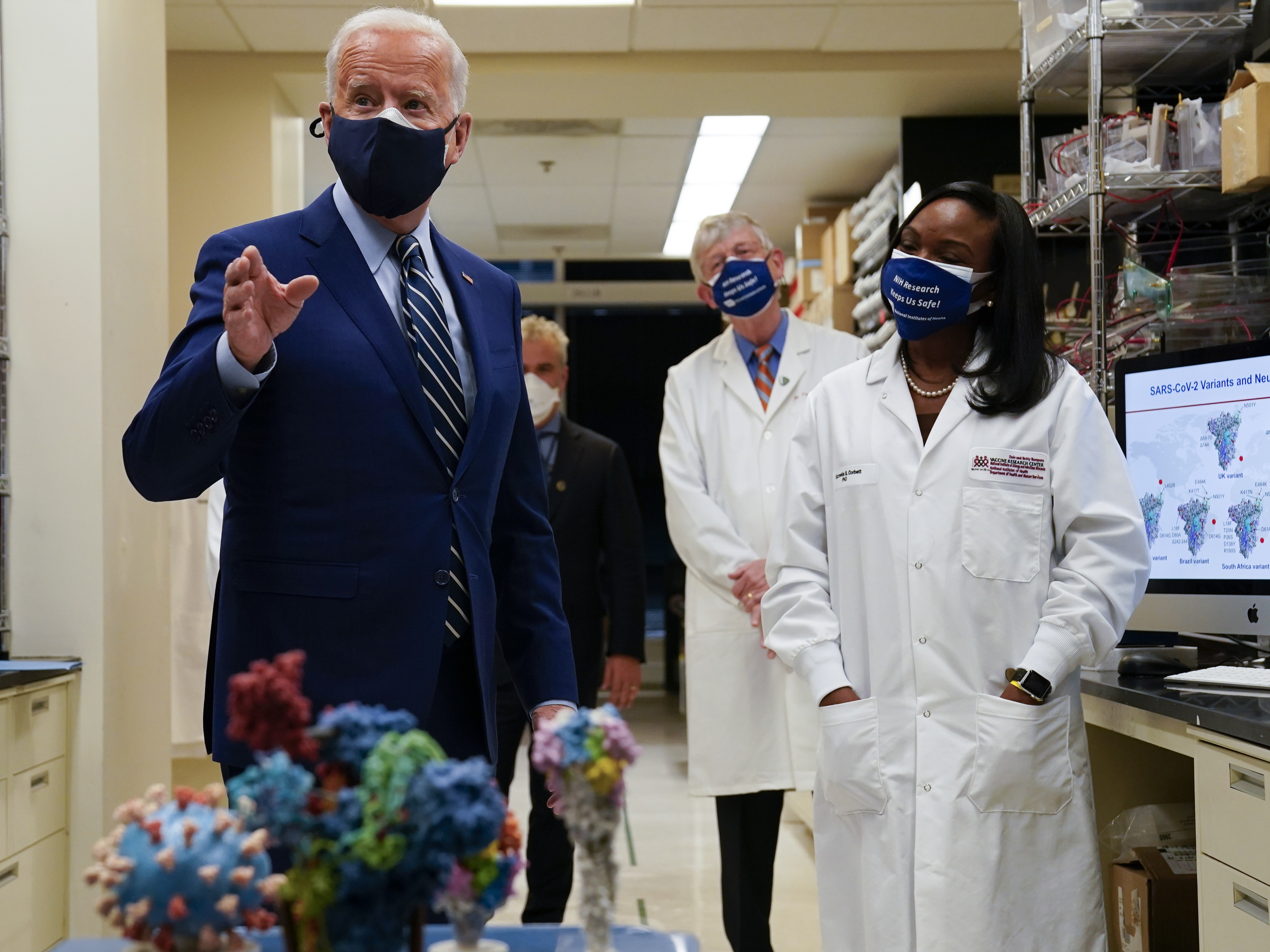 President Biden has finalized deals to buy 200 million more COVID-19 vaccine doses from Pfizer and Moderna by the end of July, increasing the likelihood of delivering on his promise to have all Americans inoculated by mid-summer.

Biden announced the latest deals, which are part of a plan he unveiled two weeks ago, during remarks made at the National Institutes of Health on Thursday.

“We’ve now purchased enough vaccine supplies to vaccinate all Americans,” Biden said. “Now we’re working to get those vaccines into the arms of millions of people.”

During remarks at the National Institutes of Health, President Joe Biden said his administration has secured enough Covid-19 vaccines to ensure the nation is on track to vaccinate 300 million Americans by mid-July. CREDIT: Evan Vucci/AP

Additionally, Biden said, Pfizer and Moderna have agreed to expedite the delivery of 100 million doses each by a month — moving them up to May instead of June.

“That’s a month faster,” Biden said. “That means lives will be saved.”

The new orders of the vaccines come on top of doses that are already scheduled to be delivered by the two companies in March.

“That means we’re now on track to have enough supply for 300 million Americans.”

The aggressive push to increase the supply of hard-to-come by lifesaving injections is part of the “around the clock work” of the new administration and the nation’s leading health care officials, he said.

Among the many setbacks his administration faced upon entering office and taking the reins of the pandemic, the president noted he was misled about the true supply of vaccines obtained by the Trump administration.

“My predecessor, to be very blunt about it, did not do his job,” Biden said. “We won’t have everything fixed for a while. But we’re going to fix it.”

Biden added: “What I was upset with was not having all the facts that were available to the last outfit. We were under the distinct impression there were significantly more vaccines available to begin to be distributed.”

Even more relief may come from Johnson & Johnson, which has developed a vaccine that can inoculate recipients with a single dose. That company is prepared to deliver 100 million more doses upon authorization from the Food and Drug Administration.