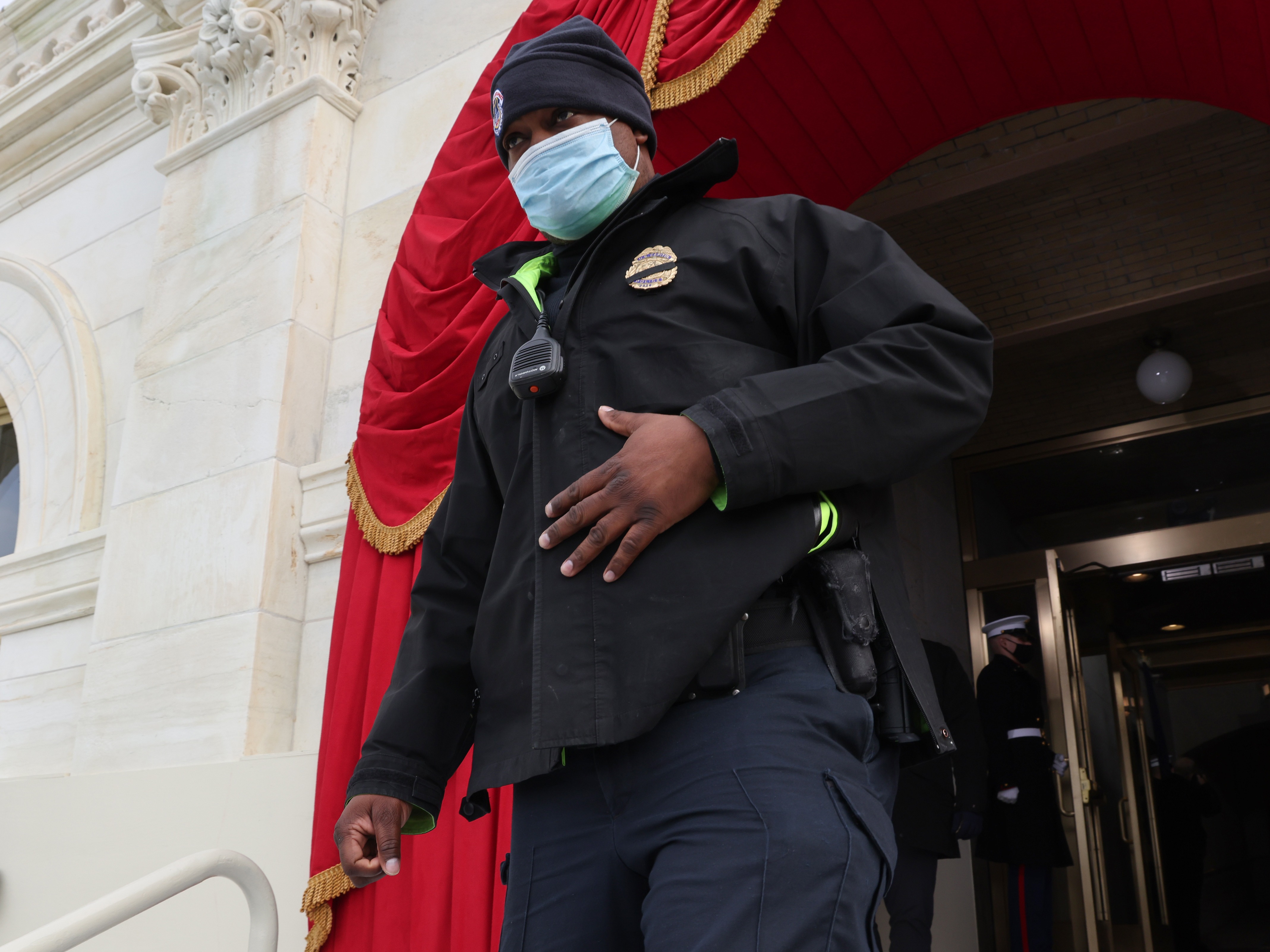 The Senate has voted unanimously to award Capitol Police Officer Eugene Goodman with a Congressional Gold Medal, the institution’s highest civilian honor, for his actions to protect the Congress during the deadly Jan. 6 siege on the U.S. Capitol.

Goodman was greeted in the Senate chamber on Friday with a standing ovation for his actions, which have been praised on both sides of the aisle as heroic and likely life saving. 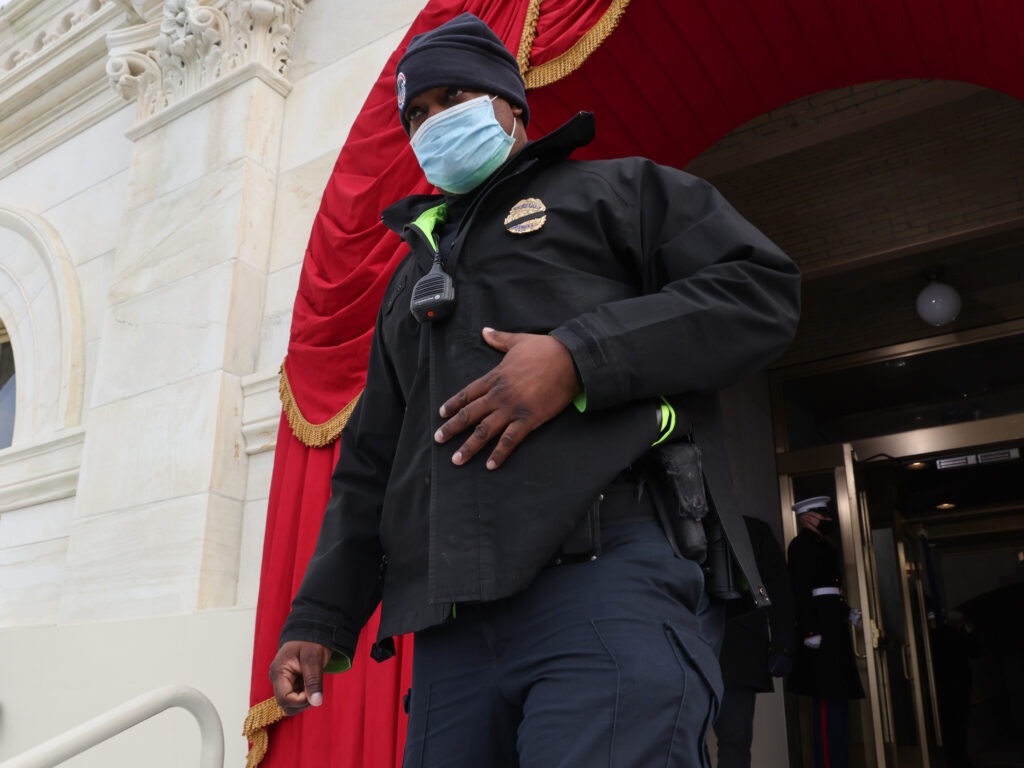 Capitol Police Officer Eugene Goodman, hailed by many for his heroism during the Jan. 6 attack on the U.S. Capitol, participates in a the dress rehearsal for Inauguration Day.
CREDIT: Pool/Getty Images

Prior to this week’s Senate impeachment hearings, Goodman was already being praised as a hero for steering a mob of pro-Trump extremists away from the Senate chamber on the day of the insurrection. This week, House impeachment managers unveiled previously unseen footage that showed Goodman also redirecting Utah Sen. Mitt Romney, a Republican critic of former President Trump, away from an approaching swarm of rioters.

“By redirecting violent rioters away from the Senate chamber on January 6th, Officer Goodman defended our democracy and saved the lives of senators and staff,” Maryland Sen. Chris Van Hollen said in a statement.

“He is wholly deserving of the highest civilian honor bestowed by Congress, and I’m glad the Senate acted quickly on our legislation to recognize the quick thinking and bravery of this great Marylander with a Congressional Gold Medal. I urge my colleagues in the House to quickly follow suit.”