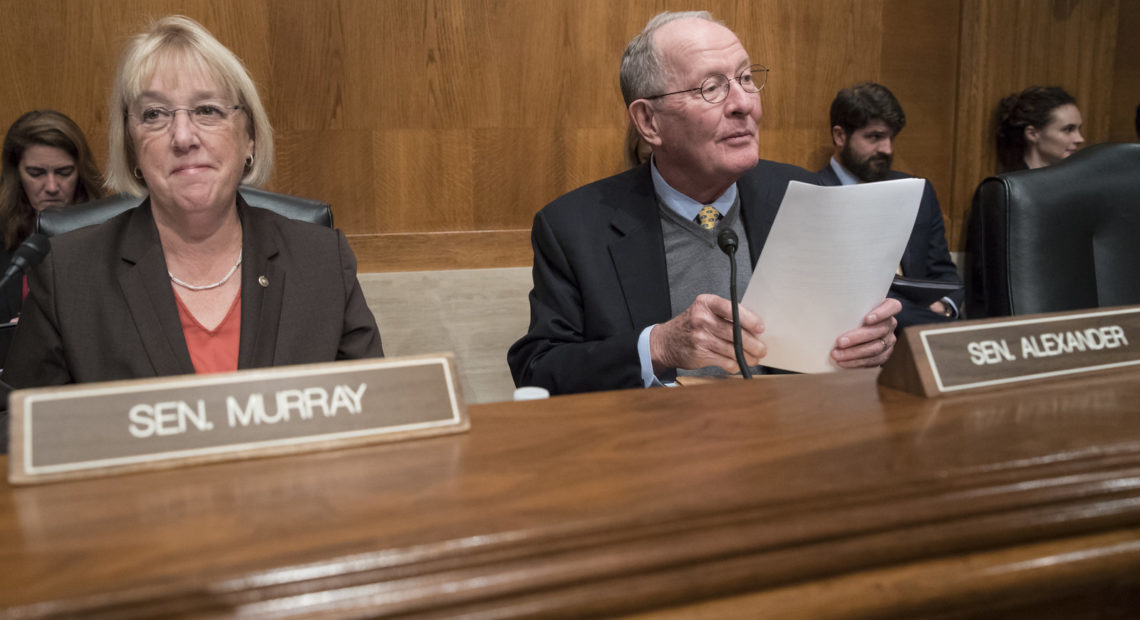 Sen. Patty Murray of Washington, a top Senate Democrat, revealed Friday that she came “inches away” from an encounter with violent rioters during the Jan. 6 attack on the U.S. Capitol, speaking publicly about the experience for the first time as the Senate continued the impeachment trial of former President Donald Trump.

In an interview with PBS NewsHour anchor and managing editor Judy Woodruff, the No. 3 Senate Democrat recounted hiding with her husband on the floor of an office near the Senate chamber as rioters banged on the door in an attempt to break in.

“My husband sat with his foot against the door, praying that it would not break in,” said Murray, who grew visibly emotional recalling the incident. “It was a horrific feeling.”

The Washington Democrat said she spent a terrified hour holed up in the office, texting with her staff while they could hear rioters yelling outside in the hallway. She recalled at another point scrambling across the office floor in search of a gas mask.

“I haven’t used mine or even know where it was since 9/11,” said Murray, who joined the Senate in 1993. “And I didn’t remember where it was, and I’m crawling across the floor trying to find a gas mask. That kind of fear is horrible.”

Murray and her husband emerged unscathed, but she said the fear she felt during the attack remained “hard to even talk about” more than a month later.

Murray’s comments come after House impeachment managers delivered an emotional two-day argument for convicting Trump at the trial. The Democrats used video footage of the attack and testimony from lawmakers, Capitol Police and others to describe the violence on Jan. 6 while making the case that Trump was responsible for inciting the insurrection.

Trump’s defense attorneys are making their rebuttal Friday and, with the trial heading toward a speedy conclusion, it appears likely the Senate will vote to acquit. All 50 Democrats and at least 17 Republicans would have to vote to convict the former president, and so far most Republicans have made clear they aren’t prepared to do so.

In the NewsHour interview, Murray urged Senate Republicans to “not let fear” of angering Trump or his political base dictate their final vote.

“When I see some members of Congress wanting to dismiss this or wanting to say ‘put it in the past’ or, you know, ‘move on’ — they’re being instilled by fear and that’s what’s motivating them,” Murray said. “We have to be a country that runs by strength, not by fear.”