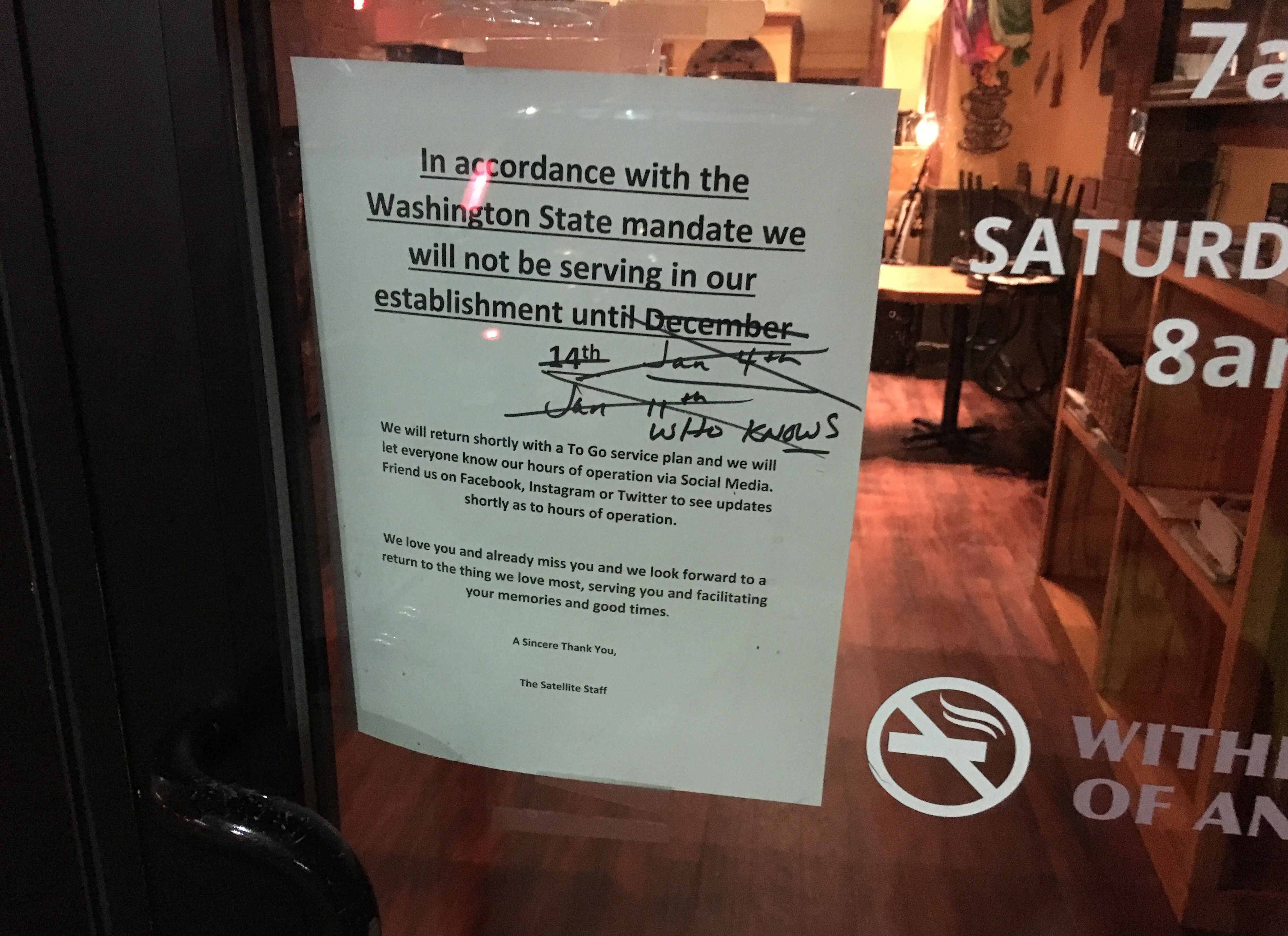 –What’s Allowed In Each Phase In Washington

The south-central region of Washington’s 8-region area for lifting coronavirus restrictions can immediately reopen. That news came today from the state department of health. It means the counties encompassing Walla Walla, the Tri-Cities, Yakima and Ellensburg can advance to Phase 2, joining the rest of the state in allowing indoor dining at 25 percent capacity.

The sudden change came just three days after the state said the south-central region would remain in Phase 1, while all other areas would be in Phase 2. The state health department said a hospital in the region had incorrectly reported COVID-admission data. And when the error was fixed, that made the region eligible to advance.

JUST IN: South central region gets to join rest of WA state in moving into Phase 2 of reopening today. Kittitas County Public Health says it was notified by @WADeptHealth that hospital admissions metric was incorrectly calculated before. After numbers fix, a #HappyValentinesDay! https://t.co/BS8M1W3pkd

All but six of Washington state’s 39 counties will be in Phase 2 of the state’s economic reopening plan as of Sunday, with five new regions meeting the requirements necessary to join two other regions that have already seen a loosening of COVID-19 restrictions, including limited indoor dining.

Gov. Jay Inslee announced Thursday the East, North, North Central, Northwest and Southwest regions, which comprise 26 counties across the state, will join the Puget Sound and West regions in the second phase of the plan. He initially said Phase 2 for those counties would take effect on Monday but a spokesman for his office said later Thursday it would now happen one day earlier. The South Central region part of the state — Kittitas, Yakima, Benton, Franklin, Walla Walla and Columbia counties — will remain in Phase 1 for at least another two weeks.

“We believe this is a reasonably scientific-based position on the current conditions of this pandemic,” Inslee said.

Last month, Inslee announced that regions had to meet three of four metrics in order to advance: a 10% decreasing trend in case rates over a two-week period; a 10% decrease in coronavirus hospital admission rates in that same timeframe; an ICU occupancy rate that’s less than 90%; and a test positivity rate of less than 10%.

The South Central region had only met two of the metrics as of this week, with increases in both the trend of new COVID-19 hospital admissions and the test positivity rate. 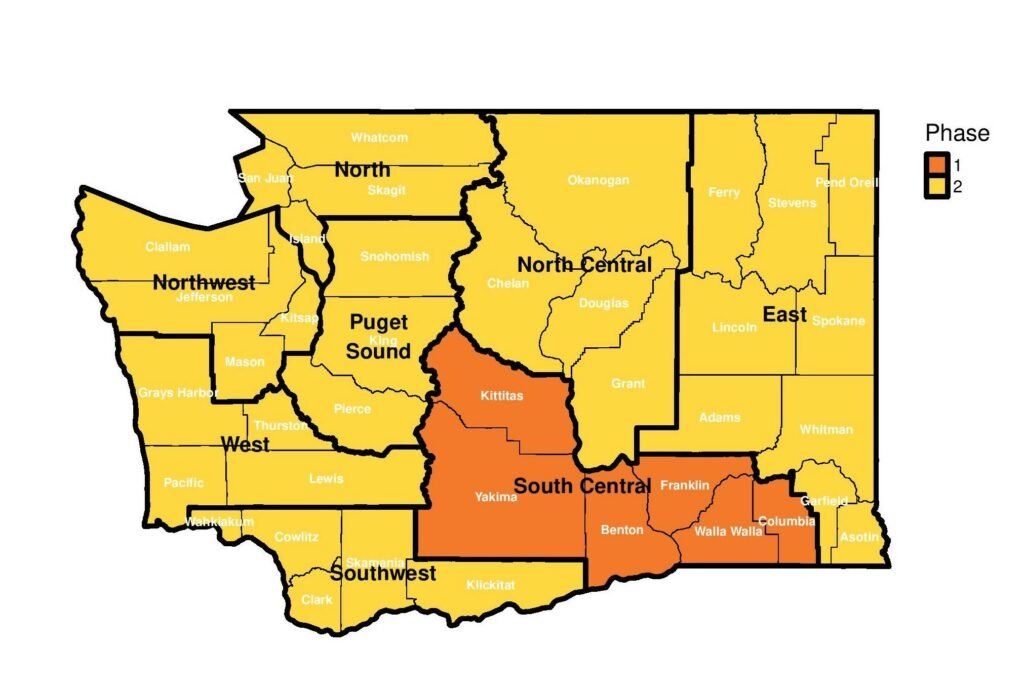 As of Sunday, Feb. 14, 2021, most of Washington’s eight regions will advance to Phase 2 of reopening. CREDIT: WA Governor’s Office

“Moving to Phase 2 would have given our small-business owners and their workers a glimmer of hope in the midst of this pandemic shutdown,” she said in a statement.

The state Department of Health evaluates the timeframe every two weeks to determine whether a region can progress, or potentially be rolled back.

In the second phase, restaurants can offer indoor dining at 25% capacity, and indoor fitness center can open with the same limit. Sports competitions can resume with limited spectators, and wedding and funeral ceremonies can increase their number of guests.

Inslee is also expected to sign a bill next week that allocates $2.2 billion in federal COVID relief money, including $325 million for rental assistance and $240 million for business assistance.

For most, the coronavirus causes mild or moderate symptoms, such as fever and cough that clear up in two to three weeks, although long-term effects are unknown. But for some, it can cause more severe illness, including pneumonia and death.