After Weeks Of Being Offline, Parler Finds A New Web Host

Far-right-friendly social media site Parler limped back to life on Monday with a new Web host, retooled community guidelines and a promise that content inciting violence will be removed.

The change follows Amazon Web Services’ unusual step in January of refusing to host Parler over a pattern of violent and hateful posts that the site allegedly refused to remove, a decision that is being challenged by Parler in federal court.

Since then, the company has been in crisis. There have been mixed messages from people aligned with the company about when exactly it would be back online. Parler’s board fired the site’s CEO and replaced him. Then, on Monday, Parler was revived, though the announcement even caught some close to the company by surprise. 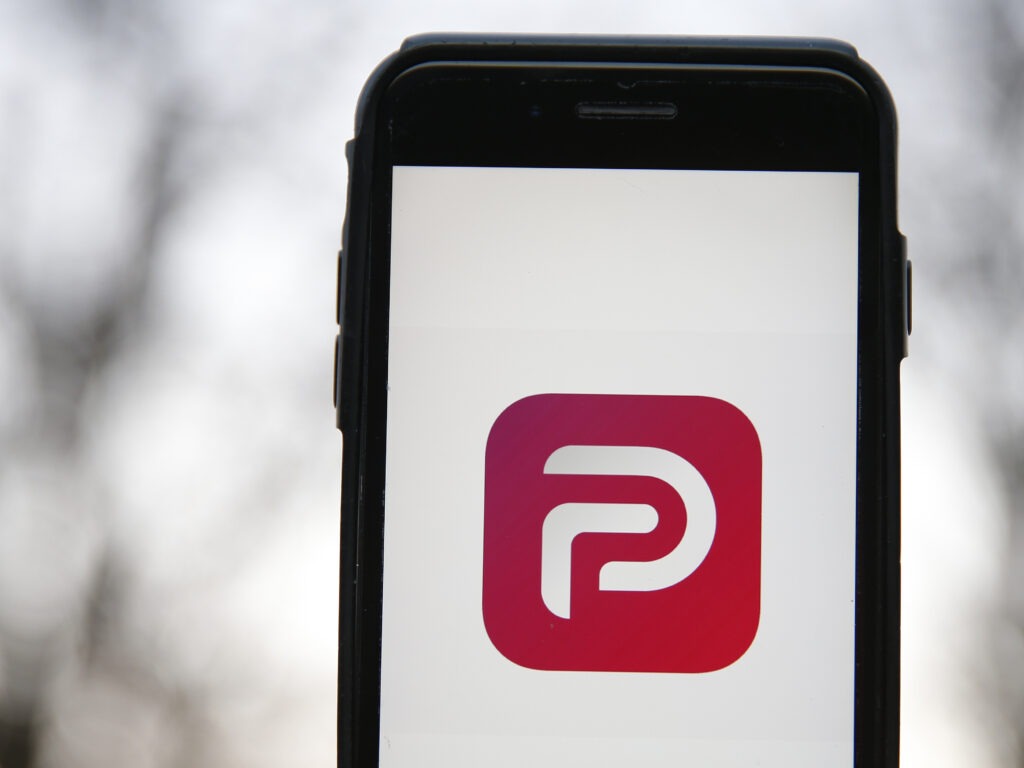 Parler, a social media network embraced by right-wing users, announced its relaunch, a month after it was dropped by app stores and its Web host in the wake of the Capitol riot. CREDIT: Hollie Adams/Getty Images

For Parler users, the relaunch has anything but smooth. The website appears to be operating at a snail’s pace for people accessing it by computer. The site is not accepting new users. On mobile phones, Parler does not seem to be working at all.

“SkySilk is well aware that Parler has received an aggressive response from those who believe their platform has been used as a safe haven for some bad actors,” Matossian said in a statement. “Let me be clear, Skysilk does not advocate nor condone hate, rather, it advocates the right to private judgment and rejects the role of being the judge, jury, and executioner.”

He said while the company many disagree with some of Parler’s content, he believes the company is taking “necessary steps” to monitor its platform.

“Once again, this is not a matter of SkySilk endorsing the message, but rather, the right of the messenger to deliver it. SkySilk will support Parler in their efforts to be a nonpartisan Public Square as we are convinced this is the only appropriate course of action,” he said in a statement.

Matossian refused to comment on the terms of the arrangement, or under what conditions SkySilk will do business with Parler, which was heavily used by the rioters in connection with the violent storming of the U.S. Capitol on Jan. 6.

In new content guidelines released by Parler on Monday, the company says it will deploy a “privacy-preserving process” using an algorithm and human moderators to remove content that threatens or incites violence. The company also said there will be an appeals process for users who believe their posts have been taken down in error.

Additionally, Parler says there will be a “trolling filter” in which content that attacks someone based on race, sex, sexual orientation or religion will be covered up. Yet those who want to view the content will be allowed by clicking through the filter.

Mark Meckler, Parler’s interim CEO, said the platform has been rebuilt on independent technology and is “not reliant on so-called ‘Big Tech’ for its operations.”

“When Parler was taken offline in January by those who desire to silence tens of millions of Americans, our team came together, determined to keep our promise to our highly engaged community that we would return stronger than ever,” Meckler said in a statement. “We’re thrilled to welcome everyone back.”

Parler, which was founded in August 2018, bills itself as “the world’s #1 free speech social media platform.” It has historically placed few restrictions on what users can post.

It became the home of high-profile conservatives who have claimed without evidence that Facebook and Twitter censored them, while worrying misinformation experts who warned about false and misleading claims on the platform.

Elizabeth Renieris with the University of Notre Dame, said it was just a matter of time before Parler found a new way to come back online.

“Obviously there is a risk that right-leaning individuals and communities will migrate over from platforms like Twitter, resulting in further polarization and division,” Renieris said. “But Parler’s story also makes a bigger point about the mythology of tech neutrality, not just for the content-rich platforms that we individual end users see and interact with directly, but also for the myriad and often invisible infrastructure providers that make the delivery of these services possible.”

Indeed, Parler has turned to Web infrastructure companies that have welcomed extremist and hate-filled websites, including Epik, a firm based outside of Seattle that supports Parler’s domain, as well as sites including InfoWars, BitChute and Patriots.win, previously known as The Donald.

Users flocked to Parler after the presidential election in November, at one point growing its membership from 4.5 million to 10 million in one week. Parler on Monday says it now has 20 million users. Social media experts say election misinformation and conspiracy theories thrived on Parler — and several other online forums popular with far-right extremists — in the months that followed. Researchers have also said that planning for the Jan. 6 attack on the U.S. Capitol was increasingly playing out across the platform, which was used by many to document the day’s events.

Days after the insurrection, Google, Apple and Amazon took steps to cut off access to Parler, saying it had not done enough to stop threats of violence running rampant on its site. Apple and Google suspended Parler from their smartphone app stores, and Amazon booted the site from its Web-hosting service, citing repeated rule violations.

Parler filed a lawsuit in response, accusing Amazon of being motivated by “political animus” and arguing that it was abused its power by effectively shutting down a competitor. A federal judge sided with Amazon in a preliminary ruling, saying it was in fact Parler that had violated the terms of its contract by not removing posts threatening public safety, flagged by Amazon.

Parler is expected to file an amended lawsuit in that case against Amazon in the coming weeks.

“Parler is being run by an experienced team and is here to stay,” Meckler said. “We will thrive as the premier social media platform dedicated to free speech, privacy and civil dialogue.”

The company fired former CEO John Matze earlier this month, after what he said was a fight with Rebekah Mercer — the conservative donor who controls Parler’s board — over the future of unregulated speech on the site. Parler has disputed his characterization of events.

Parler’s executive committee is conducting a search for a permanent CEO, according to the company. It describes Meckler as an attorney, entrepreneur and free speech advocate and says he was appointed to help guide Parler through its relaunch and search process.