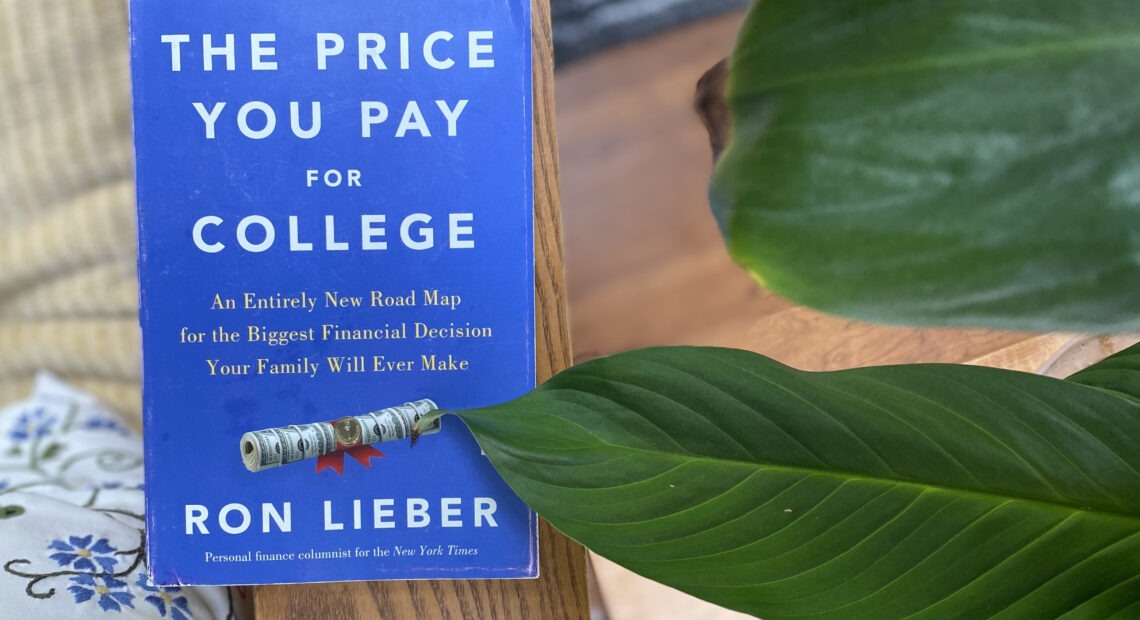 For many families, paying for college is one of the biggest financial decisions they’ll make. College tuition is the highest it’s ever been — and the financial aid process is anything but clear. American journalist Ron Lieber’s new book, The Price You Pay for College aims to take the black box of college financials and, “turn it lighter and lighter shades of gray.”

Of course, Lieber concedes, it is a messed up system. But he’s not out to fix it – he’s just here to help you and your family navigate it. “What I would really like to do is to blow it to smithereens. But this is not a blow-it-to-smithereens book,” he says. “I am taking the system as it is and trying to help people learn to beat it.”

The interview was edited for length and clarity.

What do parents get wrong about the price of college – the price listed on college websites?

Roughly 90 percent of people do not pay the full price. They get some kind of a discount. The number families will actually pay varies widely depending on how desperate a particular institution is to put heads in beds and whether it’s particularly desperate for some kinds of people more than others. 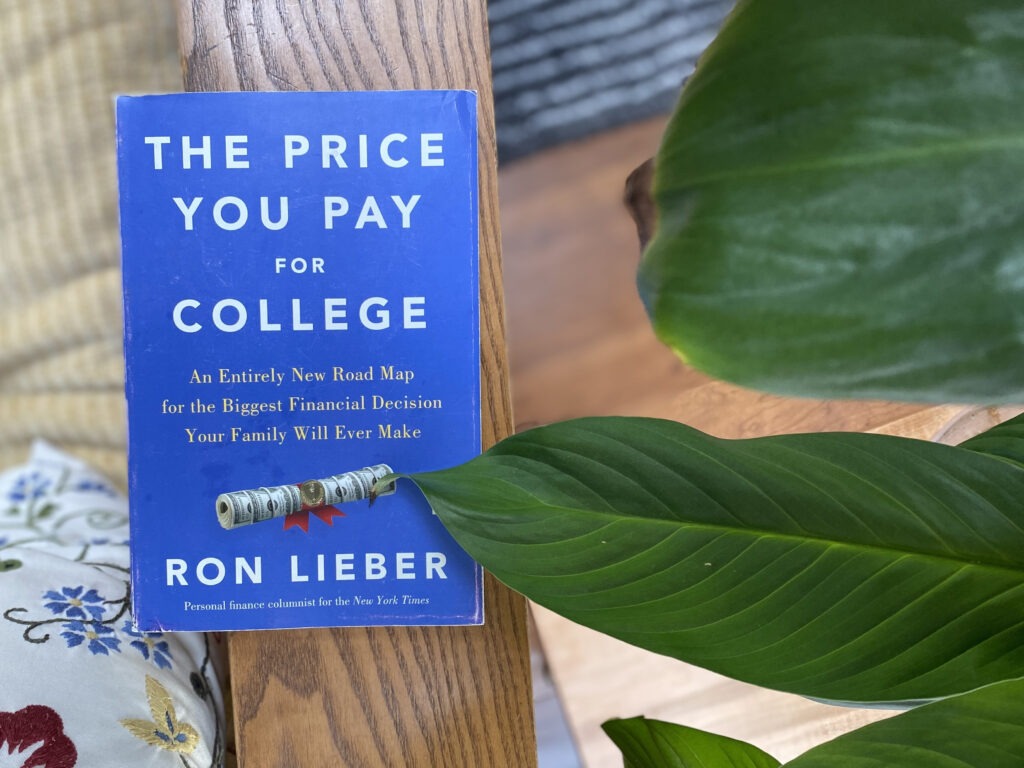 For many families, paying for college is one of the biggest financial decisions they’ll make. CREDIT: Elissa Nadworny/NPR

You don’t pay that list price because most families get aid — or as you call it, a discount. What are the two types of aid?

There is the need-based aid system running on one set of train tracks and then right next to it, in parallel, there’s the merit aid system – runs on its own set of tracks.

Okay, so as a student or family member – how do you approach that first type, need-based aid?

Every school is required to post a net price calculator. It’s often hidden – It’s not in an obvious place. So you just Google, you know, [insert college here] and net price calculator. There, you’ll be able to input your financial data. The net price calculator is supposed to spit back at you an estimate of what your family would be asked to pay if you were to get in. And so what you get is what the bottom line price would be and then hopefully a breakdown of how that financial aid might be divided up.

So the tricky part, once you get that net price. is to make sure that you understand what the components of that net price might be. For instance, how much debt did that school ask you to take on?

The other money you get from colleges is merit aid. I think of merit aid as money for being smart. But it sounds like this goes beyond academics?

It’s much more about who you are, about your profile, about grades and test scores and other kind of tangibles and intangibles. It may vary depending on the year, or the month and also how well the school is doing in its attempt to attract the right number of students paying the right amount of dollars per student.

Here’s another way to think of it: Imagine a really long list of all of the colleges and universities in the United States, ranked roughly in order of selectivity. Starting around slots 30 or 40, you start to get a trickle of elite institutions that do give away some money based on someone’s academic prowess. And then in the next 25 to 50 slots on the list, you’re finding a lot of selective schools that have a market problem and a marketing problem, which is that at $70,000 or $80,000 a year, people’s ability to pay no longer matches their willingness to do so, increasingly. So you’re trying to maintain some pricing power at the full price for a certain number of students, while giving others discounts.

Then, you go further down the food chain where very few people are paying full price, but most people don’t know that everybody’s getting a merit aid pony. And at those institutions, the schools are keeping that information to themselves — the fact that everybody’s getting the discount — because they want every parent whose kid gets an unsolicited merit aid offer from the school running around town bragging about how their kid got offered academic money from this or that college. Further down the food chain, it’s obvious that pretty much everybody gets something.

So merit aid – the discount unrelated to financial need – is basically a way for colleges to manipulate or convince often wealthier families to go to their university?

Look at what Tulane, Northeastern and even University of Southern California have done using merit aid. They just went out and bought smart kids. People are often surprised by this, right, because we’re not used to thinking of higher education as the highly competitive industry that it is. We’ve got a couple thousand undergraduate institutions, and they’re slugging it out for each and every student to commit and matriculate.

So it should not really come as any surprise to us that money is being used as leverage, even with children, because children have a role to play in this process. I’m in enough teenagers’ inboxes looking at this stuff to know that the money pitch is more common than it used to be and absolutely resonating, but also confusing the hell out of people because they don’t really know how this all works.

So where do parents even begin when determining how much money is appropriate to spend on college?

What I encourage people to do, first and foremost, is to take a look at something called the common data set that most schools make available. [To find, search Google for “Common data set” and the college name. Here’s an example result from the University of Richmond.] This is the document that schools send to U.S. News and World Report and other ranking organizations. Look for Line H2A. It tells you the number of students who did not qualify for any need-based aid, but still got merit money. So that gives you a sense of how desperate the school is and how much of a merit package it might offer even to people who do not need the money because of their assets or income. You start to get a sense of where you stand.

And then here’s something else you can do. Just go to the school and ask. All of this hocus pocus and having to dig through data tables, it’s not fair. It’s perfectly reasonable to call a school in September and say, could you please do a merit aid pre-read on my application. This is something that goes on. The College of Wooster in Ohio does it for anyone who asks. Whitman College in Washington state does it for anybody who asks. It’s obscene that we have to make decisions about where and how to apply without having a good sense of how this will shake out. It is not right.

For students applying to college this year, what should they do if their financial situation has changed because of the coronavirus?

On the merit aid side, you’re going to be approaching the admissions office and the best way to do it is with a whole bunch of humility, but also a competing offer.

If you have a quote from another school that competes with the institution enough to be a reasonable comparison, you go into the school that you want to appeal to and you say, ‘I would really like to go here. The bottom line price at this other school is lower than yours. We may have made a mistake here in our application to you that we didn’t make with the other school. Would it be possible to to just do a review here so that we understand what happened?’

And here’s the secret that most people don’t know: It’s not human beings that have generated these offers in the first place. It’s more often than not robots that have been programmed by software algorithms. And so humans do have the ability to intervene at the end within a certain amount of reason. Can’t hurt to try.