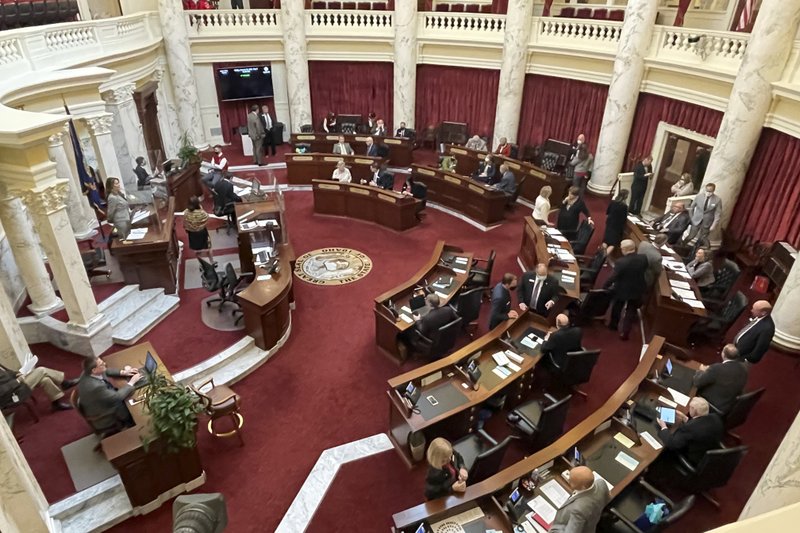 Idaho Lawmakers Get Closer To Stripping Governor Of Some Emergency Powers

A Senate panel of lawmakers on Wednesday approved a constitutional amendment allowing the part-time Idaho Legislature to call itself into a special session.

The Senate State Affairs Committee also approved companion legislation that would create the legal process to make that happen. Currently, only an Idaho governor can call a special session.

The legislation stems from lawmaker dissatisfaction with a temporary lockdown and other restrictions that Republican Gov. Brad Little put in place last March to reduce coronavirus infections and deaths. The Republican-dominated Legislature had adjourned for the year by then and was powerless to do anything.

Lawmakers also say they should have had a role in spending $1.25 billion in federal coronavirus rescue money received early last year.

“During the ongoing pandemic and the issues that the public was faced with, we thought it was important that we be able to call ourselves into session under certain circumstances to deal with issues of high importance to the citizens of the state,” Republican Senate President Pro-Tem Chuck Winder said.

File photo. Idaho Senate gathers in the Statehouse in Boise on January 15, 2021. A Senate panel of lawmakers has approved a constitutional amendment allowing the part-time Idaho Legislature to call itself into a special session. The panel also on Wednesday, Feb. 17, 2021, approved companion legislation that would create the legal process to make that happen. CREDIT: Keith Ridler/AP

The other measure approved Wednesday is a proposed new law. If it passes the Senate, it would go to the House for that chamber’s approval, and it would then need Little’s signature to become law. It would only activate if voters approve the constitutional amendment.

If voters do approve, lawmakers could call themselves back into session if 60% of members in each the House and Senate agree. The cost of a special session, according to the legislation, would be $21,300 a day.

Lawmakers on the Senate panel opposed to the legislation said 60% was too low a threshold, and they recommended it should be two-thirds. That’s the same number needed to override a governor’s veto.

Lawmakers were also concerned the Legislature could call itself back for any reason without limits, whether there was an emergency or not. Others had concerns that a special session would not be limited in length, leading to the possibility of lawmakers making themselves into a full-time Legislature.

Republican Sen. Jim Guthrie, who is in favor of a mechanism for the Legislature to call itself into session, noted that the 60% level might cause the constitutional amendment to fail when it reached voters.

“I want to fight a battle that I think we can win, and I think this is maybe one that is going to be a little tougher to win — maybe we can’t win,” he said.

Republican Sens. Abby Lee and Patti Anne Lodge both voted for the legislation, but they said they also preferred a two-thirds majority for lawmakers to call themselves into session.

Democratic Sen. Grant Burgoyne said Idaho is an outlier with lawmakers not being able to call themselves back into session, and the legislation to do so was 100 years overdue.

However, he also had problems with the potential of the Legislature becoming full time and with the legislation not limiting what could trigger a special session.

“We run the risk, especially in even-numbered years, of having special sessions that amount to no more than political grandstanding and campaigning in the general election, and that’s a waste of the taxpayers money,” he said.

Winder said he didn’t think lawmakers would be inclined to be in session any longer than needed, especially during harvest or planting season when ranching and farming lawmakers are busy.

But he said the lawmakers needed the ability to weigh in when a governor is spending large sums of money or changing laws during an emergency declaration.

“The principle here is that the Legislature makes the laws, and if they’re going to be changed, we should have a co-equal opportunity to do that,” Winder said. “But if we can’t even get back into session to do that, how do we act?”

If all the legislation passes and is approved by voters, the Legislature would have four formal sessions.

One would be organizational sessions that last a day or two and are held just ahead of the start of regular sessions, which start in January and typically conclude in March.

The governor can call an extraordinary session, in which he defines what legislation lawmakers can work on.

The new legislation would allow the Legislature to call a special session, and it would not be limited by the governor.