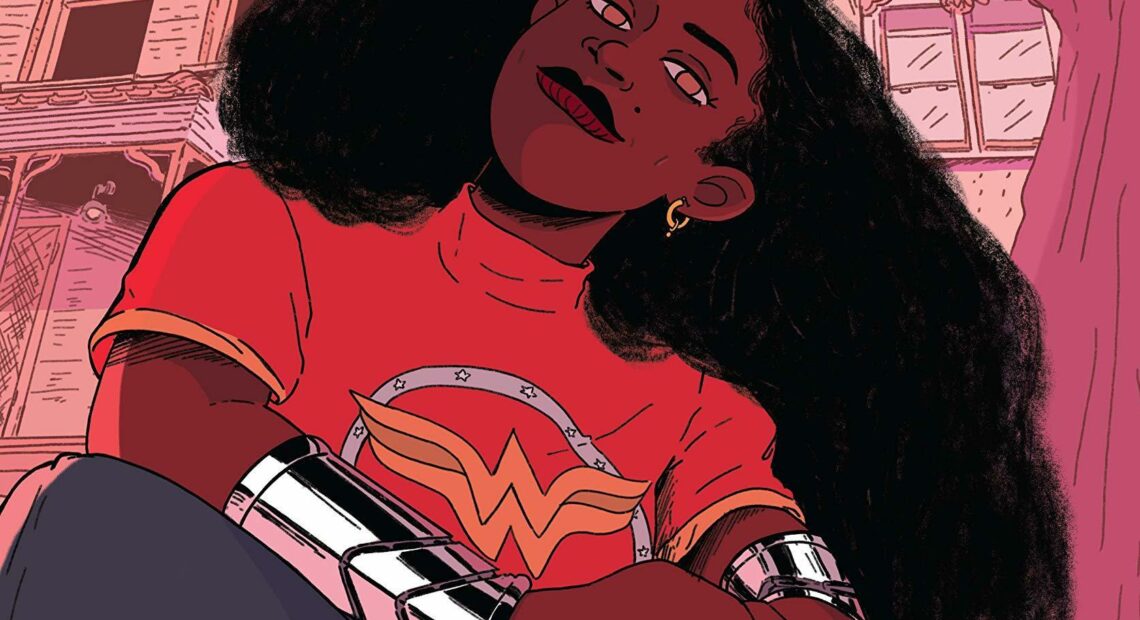 BOOK REVIEW: In ‘Nubia: Real One,’ Trying To Be A Hero When Society Thinks You’re A Threat

It’s bitterly cold where I am. I am wearing sweats, a heavy coat, a stocking cap and trying to type while wearing gloves, all while listening to my son’s umpteenth dissertation on the Indoraptor’s ultimate superiority and trying to keep my girls from arguing about their Calico Critters.

I am in my living room.

We’ve been without power for a week now, and the five members of my family, plus our myriad dogs, have spent this time huddled around the fireplace, trying to stay warm and not get on each other’s last nerve. (It’s not working.) All the cacophony of our normally loud house is centered in one room. There is no privacy, no quiet, no space to turn around even. Trying to find the focus to read is next to impossible, and it’s only the most engrossing of books that can compete with the noise and make me forget how cold I am.

Luckily, I found that book. 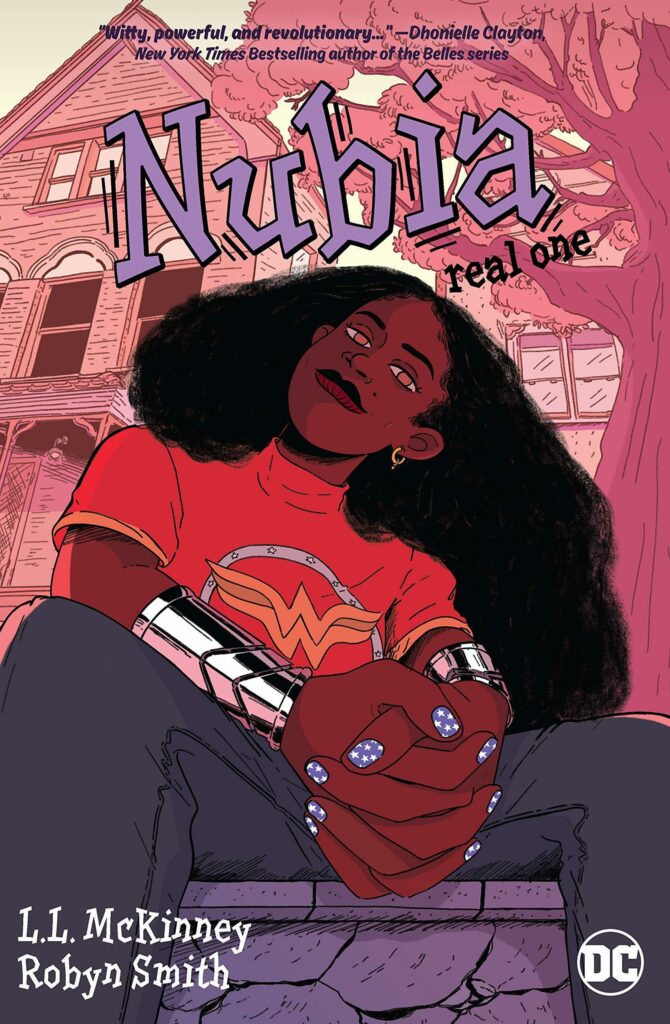 Nubia: Real One, a new YA graphic novel by L.L. McKinney and Robyn Smith, is the first book I’ve picked up during these powerless days that made me forget my feet are freezing. And who would have thought it? When I was little, I loved my Wonder Woman Underoos and wearing my momma’s jewelry like the Bracelets of Submission, but my knowledge of the Wonder Woman universe has always been pretty limited. I had a couple of comic books (I believe one was with Wonder Woman AND She-Hulk), but honestly, that was about it. I’ve never done a deep or even shallow dive into the DC universe, so finding out Wonder Woman has a twin sister knocked me for a loop.

It evidently knocked Nubia for a loop too, at least according to McKinney.

Nubia: Real One doesn’t take place on Wonder Woman’s home island Themyscira, but somewhere in modern-day America — though a modern-day America in which superheroes are a real thing. And Nubia is not an adult woman warrior who knows who and what she is (as she did when she first appeared in 1973’s Wonder Woman Vol. 1 #204), no. This is McKinney’s take on Nubia for real.

This is the REAL ONE.

Nubia L’Shae Johnson is a Black American teenaged girl who lives with her two over-protective moms, hangs out with her friends at the convenience store, loves the pizza in the school cafeteria, has a crush, and well, has super strength which she doesn’t understand at all. (Oh yeah, those last two are secrets.)

Yes, Nubia is mostly a typical Black American teenage girl, dealing with a lot of things typical Black American teenage girls face: racial inequality, school violence, police brutality, and hyper-masculine bullies. And while most of us probably wish we had the super-strength to handle all those problems, Nubia has been taught NOT to use her powers, not to draw attention to herself. Her moms have worked hard to drive the point home: Being Black means some people will see her as a threat, not a hero.

And that’s certainly proven true in Nubia’s life. Every time she has used her super strength, she has gotten in serious trouble, whether it’s been to impress a boy or to stop bad guys. “Bet that lady wouldn’t call the cops on Superman,” Nubia says to herself as she sits handcuffed in the back of a police car after foiling an armed robbery.

Nubia’s struggles don’t end there. Why are her parents so intent on keeping her hidden from the world? Why have they had to move so many times? Will she ever feel safe telling her friends about who she truly is, much less actually using her powers? And how should she even use them?

While these may be classic conundrums most superheroes face, the circumstances in which Nubia finds herself and who she is as a teenager make them all the more compelling. Seeing as comic books were special treats only when I was a kid (truly, I think I had three), I wasn’t sure if this were always the case. Isn’t it the superhero stuff the center of it all? I had to ask an expert, or rather, experts.

“Don’t forget Peter Parker was a teenage orphan from Queens. That was a new thing. There was a lot more to it than walking up walls. With Spidey, Marvel really kicked off the conflicted superhero.” Lamar Giles, comic book-lover and author of Spin, Not So Pure and Simple, and The Last Mirror on the Left told me.

According to Halliday, it’s not the powers, it’s the powers PLUS their consequences that are the key. “You can’t look around our world and see power wielded without consequences, both negative and positive. Teenage characters like Nubia see it in their neighborhoods, their schools, and in their relationships. What happens when Nubia has that power?”

Peter Parker didn’t just struggle with realizing he could walk up walls, he struggled with teenaged angst, insecurity, poverty, and feelings of inadequacy. He struggled with the consequences of NOT using his power, thus inadvertently causing great harm and grief. For Nubia, that struggle is the same. Taught to deny and hide her power for so long, even for her own safety, what will she do when that power is needed?

When Nubia uses her super strength to help a friend, she is hesitant to tell her moms, afraid of what they will say to her, afraid of what she has done. Her moms’ response made me stop and think more deeply about why we are drawn to superheroes in the first place.

“No one else tried to stop him? Why am I not surprised?”

“I mean this wasn’t a robbery, it was a party. There was a room full of equally capable people. One of them could have done something, should have.”

I’m not going to ruin the book by telling you everything that happens (what if you need something to make you forget your feet are freezing?), but Nubia, a superhero in the making, makes me look at who I am as just a regular human being, re-evaluate what real power is, and what it means to have it and use it. As I read the book, I realized quickly that even my childhood fascination with Wonder Woman wasn’t the thing that drew me in; it was Nubia herself who did the trick. And that’s a powerful thing, super strength or not.

Now where did I put those extra socks?