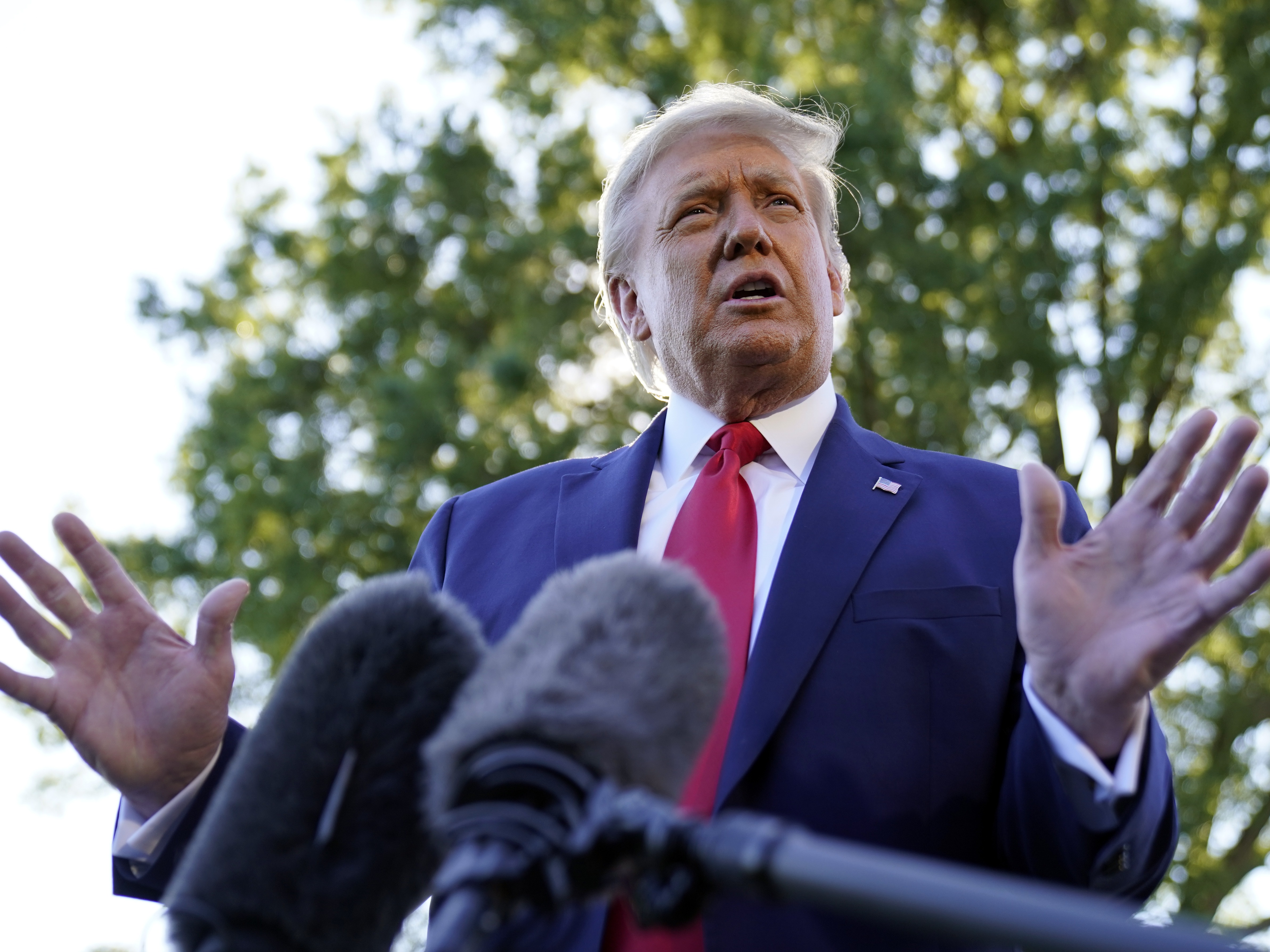 The U.S. Supreme Court, in a one-sentence unsigned order, declined former President Donald Trump’s request to further delay the enforcement of a subpoena from the Manhattan district attorney for Trump’s financial records. Monday’s order paves the way for a New York grand jury to obtain the records and review them.

The high court’s decision marks a major setback for Trump, who for years has fought to shield his finances and business practices from scrutiny. It all but clears the way for District Attorney Cyrus Vance to enforce his subpoena for Trump’s financial documents.

Vance issued a grand jury subpoena to Trump’s personal accounting firm, Mazars USA, in August 2019 for his tax filings and other financial records. Vance’s office says it wants the materials as part of a criminal investigation.

President Donald Trump speaks to reporters on the South Lawn of the White House, Monday, Sept. 21, 2020, before leaving for a short trip to Andrews Air Force Base, Md., and then onto Ohio for rallies. CREDIT: Andrew Harnik/AP

The exact parameters of Vance’s investigation are not clear, but from court filings it appears that his office is investigating possible insurance or financial fraud by the president or his businesses.

People in Trump’s camp have suggested there are improprieties about his financial practices that the documents Vance wants might substantiate; Trump always has denied any wrongdoing and has said his business operations are above board.

But Vance also appears to be probing hush-money payments made to two women, adult film star Stormy Daniels and former Playboy playmate Karen McDougal, who say they had affairs with Trump before he was president.

Trump was linked to those schemes in federal court documents that, among other things, also resulted in prison time for his former lawyer, Michael Cohen.

The order from the Supreme Court all but brings an end to a long-running legal battle over the Vance grand jury subpoena. The president can still formally appeal the case to the high court, but it seems unlikely that the court would deny the stay but then decide to take up Trump’s appeal.

The case made its way to the Supreme Court once already, where Trump’s attorneys argued that as a sitting president, he is immune from criminal investigation. The high court rejected those claims, but it sent the case back to the lower courts for more litigation.

Trump then challenged the subpoena anew, arguing that it was overly broad and politically motivated. Vance is a Democrat. A district court ruled against the president, as did a unanimous three-judge panel on a federal appeals court in New York.

As a last gasp, the president’s lawyers sought to appeal to the Supreme Court a second time.

The legal battle has played out even as some of the president’s financial records have become public.

The New York Times has published a series of articles based on a trove of Trump tax documents that it has acquired. The stories contain a number of revelations, including that Trump paid just $750 in federal income tax in 2016 and 2017.