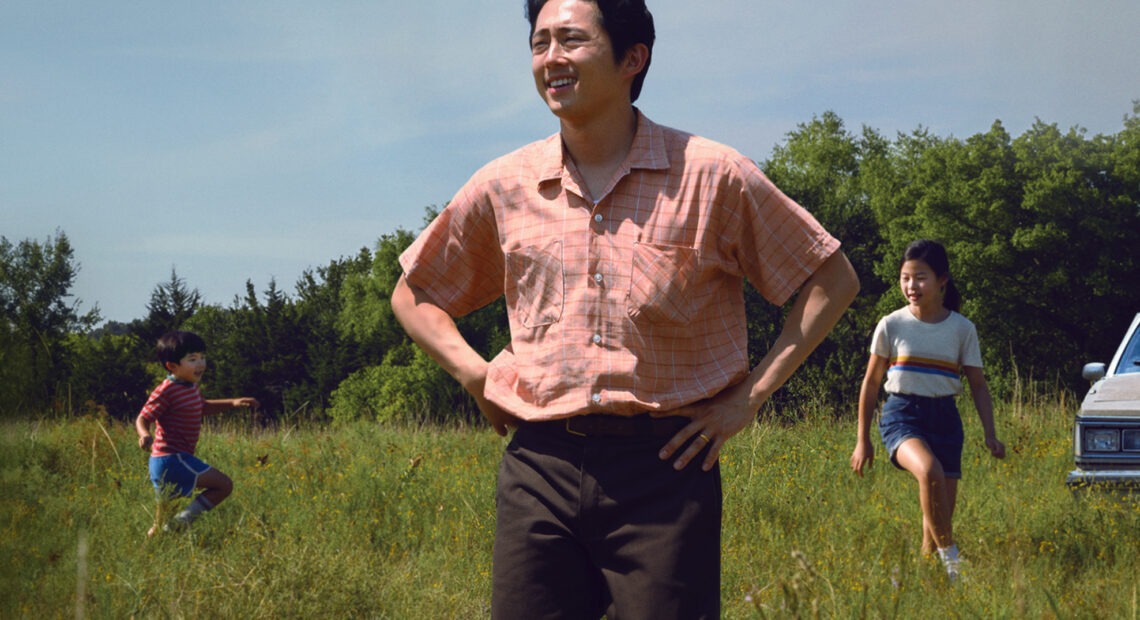 ‘Minari’ Follows A Family’s Immigration With Humor, Humanity And Hope

The history of film is inseparable from immigration. Newcomers to America didn’t merely pack the nickelodeons and movie palaces, they invented Hollywood. Ever since silent film days, filmmakers have sought to chronicle our vast immigrant experience — from the Sicilian Corleones gaining power through crime in The Godfather to Pakistani-born Kumail Nanjiani alienating his Muslim parents by falling for a white American girl in The Big Sick.

The travails of immigrant life take a quietly beguiling form in Minari, a semi-autobiographical film by Lee Isaac Chung that brims with humor, humanity and hope. Showing us characters new to American screens, the story centers on a South Korean family named Yi who hope to make a go of farming in rural Arkansas during the Reagan years. Minari takes its title from the name of a spicy Asian plant that’s known for its hardiness and ability to grow seemingly anywhere. The question is, will the same prove true of the Yi family?

The action begins with the four of them arriving in the Ozarks from California. The new farm’s dark soil thrills the father, Jacob (Steven Yeun) who plans to grow Korean vegetables to sell in the city. In contrast, his wife Monica (Yeri Han) is aghast to be living in an unalluring mobile home out in the boonies. Somewhere in the middle are their kids — impish 7-year David (Alan Kim), who suffers from a heart condition, and his older sister, Anne (Noel Kate Cho), who’s stuck being the responsible one. 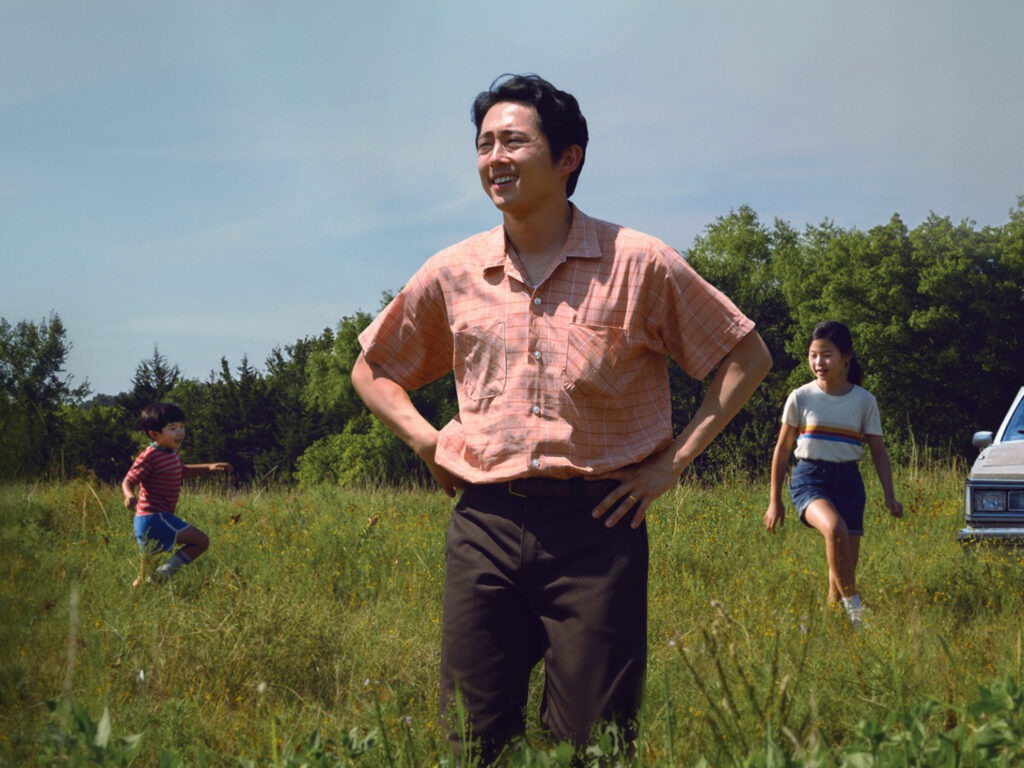 Jacob (Steven Yeun) moves his family from California to farm in rural Arkansas in Minari. CREDIT: A24

Farming proves tricky for Jacob who takes on a friendly, war-damaged farmhand (Will Patton), yet makes a mess of the irrigation system. Sensing Monica’s loneliness, he sends to Korea for her mother, played by the fantastically good Yuh-jung Youn, whose sly, foul-mouthed brio gives the house — and the whole movie — a happy boost, even if young David thinks she smells. Watching this freewheeling grandma win over her equally unruly grandson is one of the film’s many pleasures.

Lee fills Minari with countless details that shimmer with the specificity of the authentically lived: the huge bottles of Mountain Dew that are guzzled like water; grandma’s delight in playing cards and watching TV wrestling; the kids writing “Don’t fight” on paper-airplanes as their folks shout at each other; Monica and Jacob spending their days sorting chickens by sex at a local poultry farm. (The male chicks are destroyed — they don’t lay eggs.)

Although Chung doesn’t ignore life’s catastrophes, he spares us the grinding misery that’s a staple of so many immigrant tales. The Yis do struggle financially, but only like millions of others in this country. And even when they encounter racism it seems to resolve benignly, as when a local kid asks David why his face is “so flat” and the two soon become friends. The Yis are Christians and the local church welcomes its Korean-speaking new parishioners with a warmth that is genuinely Christian.

The more painful troubles lie at home where Monica and Jacob engage in a battle about how to live. Fearing that her husband cares more about the farm than his family, she yearns to return to an orderly sort of life back in California where she can be close to her culture, attend her familiar Korean church, and they can find secure, steady work sorting chickens. Jacob has lived that life and doesn’t want it. At once proud and ambitious, dreamy and angry — all this percolates beneath Yeun’s good looks — he’s prepared to take big risks to be his own boss, even if he makes mistakes doing it. He’s becoming more American.

I promise that if you see Minari, you’ll be happy you did. Yet I don’t want to oversell it. It’s too gentle, conventional and modest for that. Yet shining through the film’s modesty is Chung’s faith that what appears to be a small story can, in human terms, be bigger than a blockbuster. He reminds us that the deepest truths of immigration are found, not in statistics or abstractions, but in the countless small stories of individuals and families fighting to find a new place to call home.