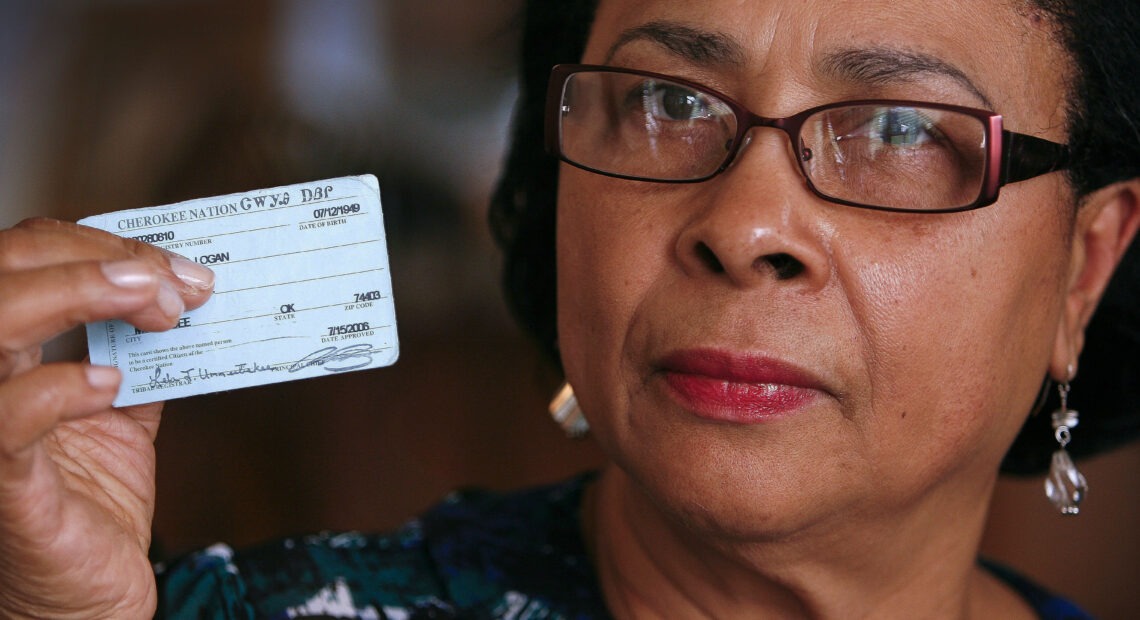 The Cherokee Nation’s Supreme Court ruled this week to remove the words “by blood” from its constitution and other legal doctrines.

The words, added to the constitution in 2007, have been used to exclude Black people whose ancestors were enslaved by the tribe from obtaining full Cherokee Nation citizenship rights.

There are currently some 8,500 enrolled Cherokee Nation members descended from these Freedmen, thousands of whom were removed on the Trail of Tears along with tribal citizens. 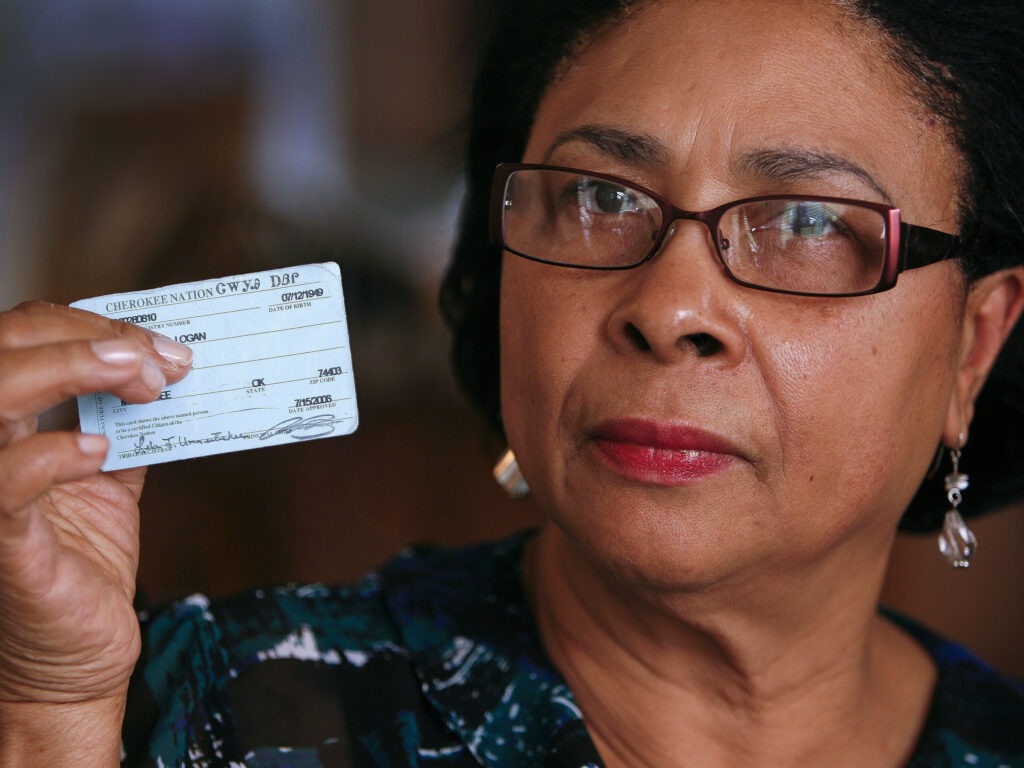 Rena Logan, a member of a Cherokee Freedmen family, shows her identification card as a member of the Cherokee tribe at her home in Muskogee, Okla., in this photo from October 2011. She is among the some 8,500 people whose ancestors were enslaved by the Cherokee Nation in the 1800s. CREDIT: David Crenshaw/AP

Black Freedmen and their descendants have long fought to maintain their citizenship rights, which were stripped from them in 2007 with the “by blood” amendment.

Monday’s ruling calls those words “a relic of painful and ugly, racial past” and draws comparisons to the lingering effects the racist Jim Crow laws had on Black Americans.

The decision comes after a federal judge ruled in 2017 that by excluding Freedmen from its citizenship rules, the Cherokee Nation violated a treaty it signed in 1866 with the U.S. government. The treaty granted citizenship to the formerly enslaved people.

“So the discussion about removing them from the citizenship status, it wasn’t just a citizenship question, it was a civil rights question,” he tells All Things Considered.

Here are excerpts from the interview.

This really makes it possible that someday, a descendant of a Freedmen could be the chief of the Cherokee Nation. It would really illustrate the strength of tribal sovereignty because our citizenship laws are not based on race. They are based on community and belonging. And so it’s much more than just the “amount of Indian blood that runs in your veins.” It’s what community do you claim, and what community claims you?

As a member of the Cherokee Nation yourself, how do you find yourself feeling?

It was just such a relief to see that Supreme Court decision come down. And as someone who reads a lot of court documents for work, I would argue it was one of the most beautifully written ones I’ve ever read. It’s just really great to finally see the tribe fully and legally embrace the Freedmen. Their descendants went through some of the most horrific and just violent history that we did of genocide in this country. And I think they have every right to share in our prosperity today.

You said this is one of the most beautifully written rulings you have ever read. Is there a line or two that stands out?

On war-torn soil in Indian Territory during Reconstruction, thousands of miles from their respective homelands, the heartbeats of three First Nations, the Cherokees, the Shawnees, and the Delawares, and three continents of flesh tones and cultures, Native Americans, African Americans and adopted or intermarried European Americans, were forced to coalesce and weave together a single nation to be known by only one name henceforth: the Cherokee Nation.