In a decision with implications for tens of thousands of cases dating back decades, the Washington Supreme Court on Thursday struck down the state’s felony drug possession law because — unlike the laws of every other state — it did not require prosecutors to prove someone knowingly or intentionally possessed drugs.

The ruling came in the case of a Spokane woman who had received a pair of jeans from a friend that had a small bag of methamphetamine in a pocket. The full import of the decision is yet to be seen, but attorneys said tens or even hundreds of thousands of convictions may be vacated, and many prisoners doing time for other crimes will need to be resentenced if prior drug possession convictions boosted their offender scores and thus their sentences.

Five justices, led by Justice Sheryl Gordon McCloud, said the state law was unconstitutional because it criminalized passive, unknowing conduct, in violation of due process protections. A letter carrier who unwittingly delivers a package of drugs, someone whose roommate hides drugs in a common living area, and someone who picks up the wrong bag at an airport could all be convicted under the law, she noted. 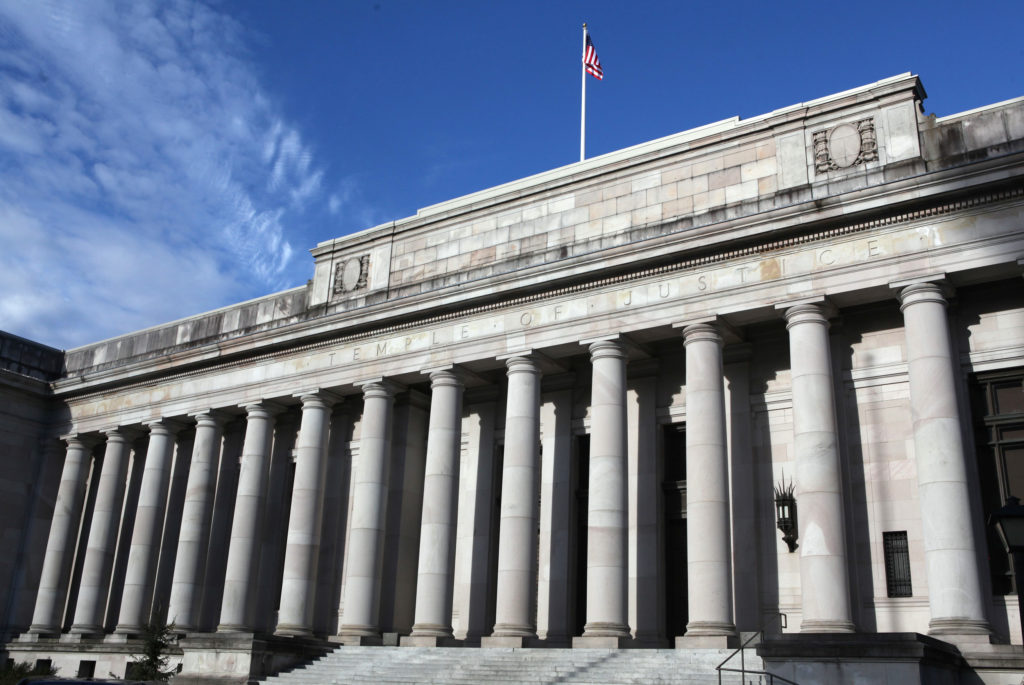 Further, people who were subject to forfeiture cases could seek redress for the loss of their property. Defendants could challenge convictions for other crimes if police executing search warrants for simple drug possession found evidence of other criminal activity.

Those undergoing court-ordered treatment for substance use after simple possession convictions will no longer be required to attend; if they choose to, it’s not clear who will pay for it, state Sen. Manka Dhingra noted in an emailed statement.

“This is a sweeping ruling,” said Mark Middaugh, a lawyer who wrote a friend-of-the-court brief on behalf of the Washington Association of Criminal Defense Lawyers and the state ACLU chapter. “We are going to be doing a lot of work for the foreseeable future to get those convictions vacated and off people’s records.”

The decision leaves Washington without a prohibition on simple possession of controlled substances. Kirkland Democratic Rep. Roger Goodman, who chairs the state House Public Safety Committee, said slammed lawmakers have barely had time to digest the ruling, but he anticipated they would speedily approve a new statute.

For more than six decades, the court had affirmed the Legislature’s power to criminalize drug possession without proof of a defendant’s intent to possess them. In a crucial decision from 1981, the court expressly noted that if lawmakers had wanted to require proof of intent, they would have made that an element of the crime.

Since then, the court had sought to ease the harshness of its earlier ruling by creating a defense of “unwitting possession”: A defendant would be acquitted if they could prove they had the drugs unwittingly.

But in Thursday’s decision, the majority found that approach inappropriate. Affirmative defenses can only be used to negate an element of a crime, and intent is not an element of Washington’s law, Gordon McCloud wrote.

“The Court correctly recognized the injustice of convicting people for innocent conduct,” Richard Lechich, an attorney with the Washington Appellate Project who represented the defendant, said in a written statement. “While the decision cannot rectify the harm this law caused to so many communities, particularly communities of color, it at least puts an end to it.”

His client, Shannon Blake, was arrested in 2016 as Spokane police searched a property for stolen vehicles. When she got to jail, a guard found the small bag of meth in the coin pocket of her jeans.

She testified that a friend had bought the jeans secondhand and had given them to her two days earlier, a story confirmed by her boyfriend. She didn’t know the drugs were in them, she said, and she and her boyfriend both testified that she never used meth.

A trial judge found that she had not met the burden for showing “unwitting possession,” and she was convicted.

In an interview, her attorney said it was Blake’s only felony conviction, and it resulted in her losing her right to vote and to possess firearms — a difficult development because she’s an avid hunter, he said.

“This should provide some real relief for her,” Lechich said.

One justice, Debra Stephens, said it wasn’t necessary to find the law unconstitutional. Courts can find that intent to violate the law is an implied element of a crime even if not spelled out in law. She wrote that she would have overturned the earlier decisions that found Washington’s law did not require proof of intent.

Three justices signed a dissent by Justice Charles Johnson, who said the Legislature had the authority to criminalize unknowing drug possession.

The court majority stressed that it was not revoking the Legislature’s authority to criminalize other acts without proof of intent. The difference, it said, is that lawmakers may not criminalize unknowing, passive conduct — essentially, someone can’t commit a crime by doing nothing.

By contrast, it said, the state can continue to criminalize third-degree child rape, which requires prosecutors to show an older defendant had sexual relations with someone who is 14 to 16 years old — even if the defendant didn’t know the victim’s age — because the defendant actually took an action.