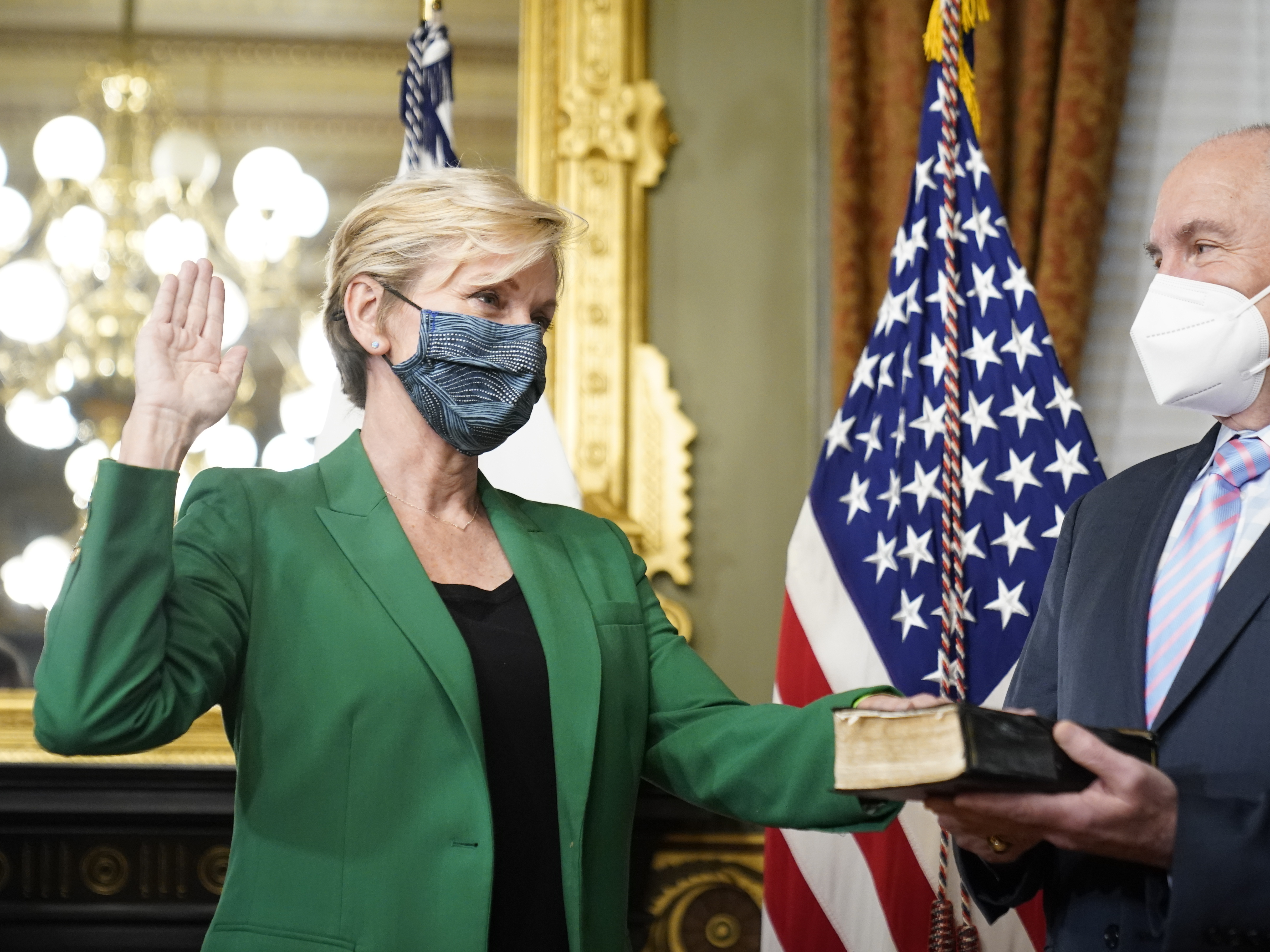 Newly confirmed Energy Secretary Jennifer Granholm seized on the bruising winter weather that left millions of Texans without heat and electricity last week to press for reform of the state’s power systems, arguing that pivoting to a clean energy economy can ensure a dependable grid and help create jobs.

In her first interview with NPR since taking office, the former Michigan governor made the case for sweeping changes to the nation’s energy markets in order to help meet President Biden’s pledge to make the U.S. carbon neutral by 2050. Granholm, who won confirmation in the Senate by a vote of 64 to 35 on Thursday, said “there may have to be public-private partnerships to get initiatives off the ground,” and pledged that for any jobs lost in the fossil fuel industry, there would be “more than a one-to-one replacement” in clean energy.

Addressing the disaster in Texas, Granholm told Morning Edition host Noel King on Friday that one big lesson from last week’s outages is that Texas needs to weatherize and winterize its energy systems.

“Climate change is not going away, so it’s only going to intensify those kinds of events,” Granholm said.

She said it may make sense for the state’s famously independent energy infrastructure to be connected to the national grid “in some way, shape or form that allows its neighbors to help” in an emergency. “We all plan for redundancies and backups in our lives and this might be just a backup that Texas might want to consider at this time.”

Granholm, 62, responded to misinformation from some leaders in Texas, including Gov. Greg Abbott, blaming renewable energy sources such as wind turbines for the majority of the power failures. Wind and solar were only a “very small part” of what happened in Texas, she said, noting that a larger driver of the outages were coal piles that froze and natural gas lines that weren’t weatherized or winterized.

“What we need to do is to make sure that all parts of the country and their leaders understand that this clean energy economy, that reducing carbon emissions is a job creator for every corner of the nation,” Granholm said. “The entire world is saying we want to get to net zero carbon emissions by 2050. And so if that’s the case, if you can see where the puck is going … then we should be all veering toward that.”

During her confirmation hearing last month, Granholm faced what was at times pointed criticism of the Biden administration’s energy agenda from lawmakers in energy-rich states — including Republican Sen. John Barrasso of Wyoming, who said Biden “seems to want to pull the plug on American energy dominance.”

Critics have also attacked the transition from fossil fuels to renewable energy as prohibitively expensive. But a recent analysis by the World Resources Institute found that investing in clean energy generates more jobs than investing in fossil fuels due to the more labor-intensive nature of today’s clean energy systems.

In her interview with NPR, Granholm called the transition to clean energy “a huge market opportunity for fossil companies to diversify,” and argued that even if jobs are lost in the fossil fuel industry, “there could be millions that will be created in clean energy.”

She pointed to technologies including carbon capture use and sequestration — used to limit the amount of carbon released into the atmosphere from power plants — as one potential area for opportunity.

“The technology is ready,” said Granholm. “All we need is the investment and the commitment to attach this technology to natural gas, to the refineries, to coal refineries. We can do this right now.”

Coal plants are already closing because of competition from cheaper natural gas. Carbon capture has proven to be expensive and hard to scale up.

Granholm, who is just the second woman to serve as energy secretary, framed the administration’s agenda as a way to not only keep U.S. companies competitive abroad, but also the nation as a whole.