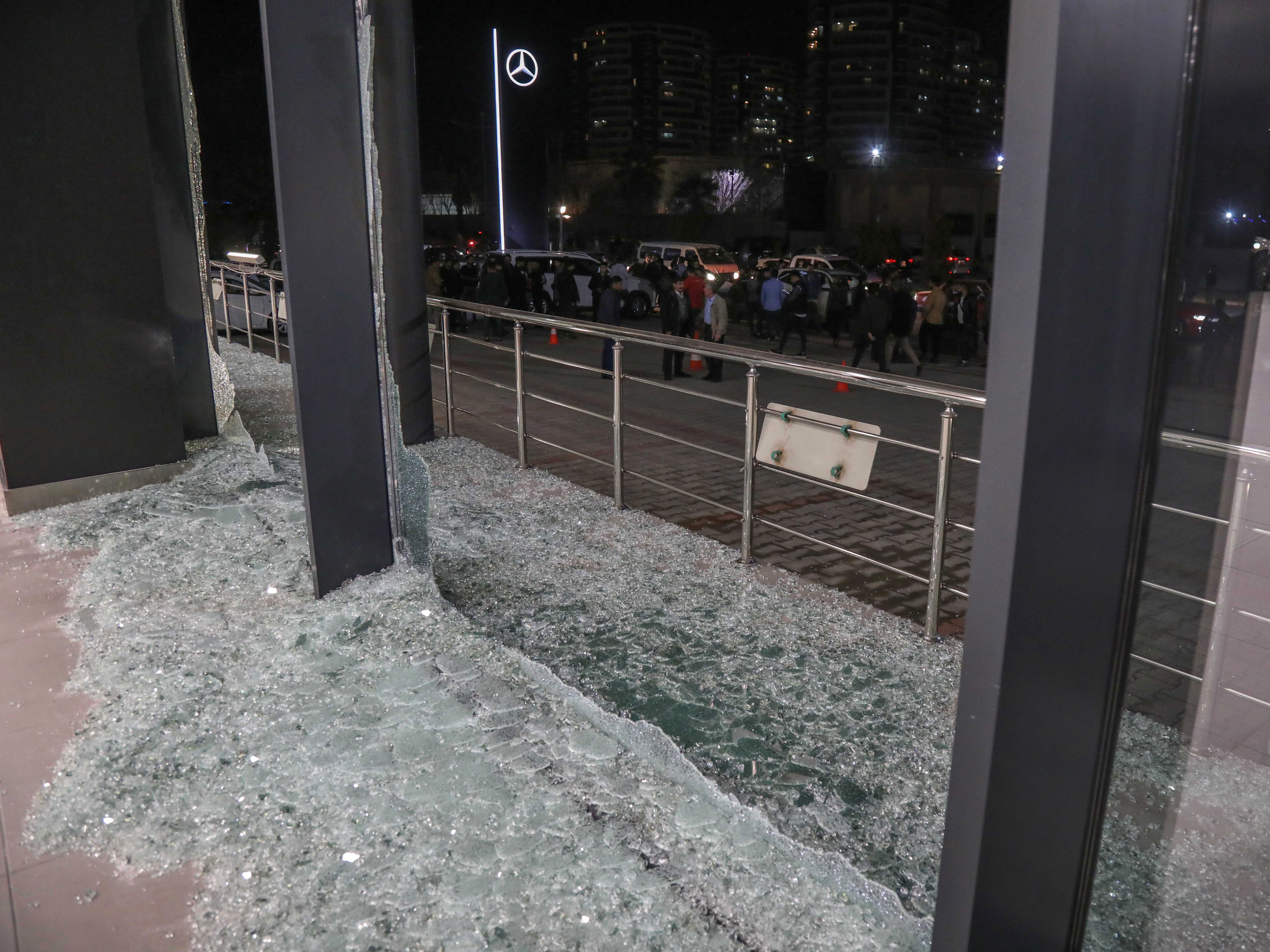 The U.S. launched airstrikes in Syria on Thursday targeting Iranian-backed militia groups in the first known offensive military operation carried out by the Biden administration.

The Department of Defense said the strikes are a response to recent rocket attacks against Americans in Iraq, including one in which a civilian contractor working with American forces was killed and several U.S. service members were injured. Officials believe the Feb. 15 attack in Erbil, Iraq, was conducted by Shia militants.

Kirby said the strikes destroyed multiple facilities located at a border control point in eastern Syria that is “used by a number of Iranian-backed militant groups, including Kait’ib Hezbollah and Kait’ib Sayyid al-Shuhada.”

Shattered glass is on the ground following a rocket attack in Irbil, the capital of the northern Iraqi Kurdish autonomous region, on Feb. 15. On Thursday, the U.S. launched airstrikes targeting Iranian-backed groups in eastern Syria in response to recent attacks against Americans in Iraq.
CREDIT: Safin Hamed/AFP via Getty Images

Meanwhile, Kait’ib Hezbollah earlier this week denied any involvement in the Erbil strike.

“We absolutely did not target Erbil or the Green Zone and have no knowledge of the group that did,” Kataib Hezbollah spokesman Mohammed Mohi told Reuters, which called the comments a “rare direct denial.”

The Feb. 15 attack in Erbil targeted a U.S. military base housed at Erbil International Airport. Days later, north of Baghdad another round of rockets struck a base hosting U.S. forces hurting at least one contractor.

The two strikes were followed by yet another rocket attack in Baghdad’s Green Zone on Monday.

On a flight from California to Washington, D.C., Defense Secretary Lloyd Austin told reporters that the Pentagon is “confident that that target was being used by the same Shia militants that conducted the [Feb. 15] strikes,” USA Today reported.