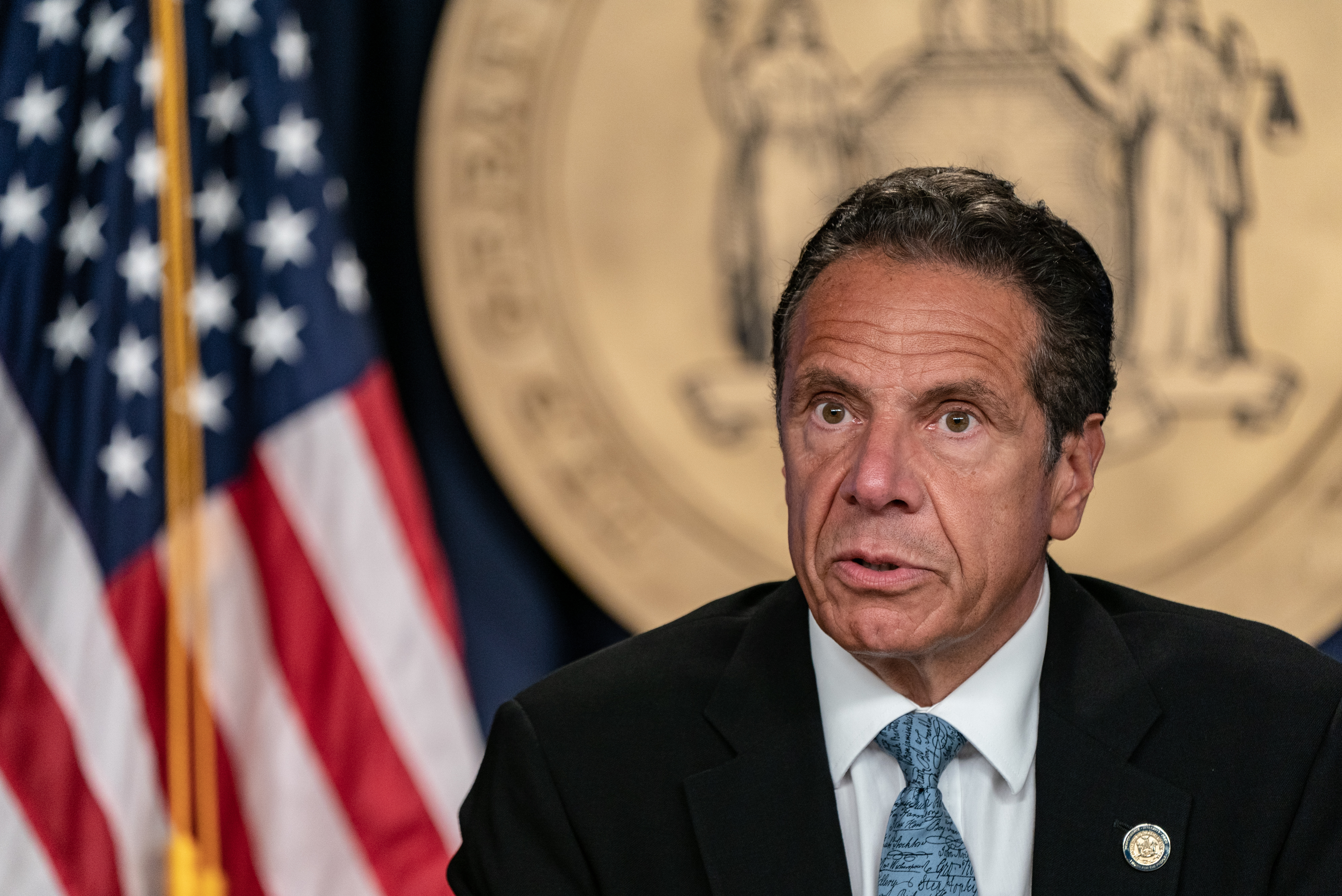 A second former aide to New York Gov. Andrew Cuomo has come forward with allegations of sexual harassment that took place last spring as the state was facing a surge in cases and deaths in its fight against the coronavirus. Cuomo says he will now ask New York’s attorney general and the state’s chief judge to pick an independent investigator to review the accusations against him.

The allegations were first reported by The New York Times on Saturday — just four days after another former aide published similar allegations about the governor in a Medium post, including an unwanted kiss and touching. 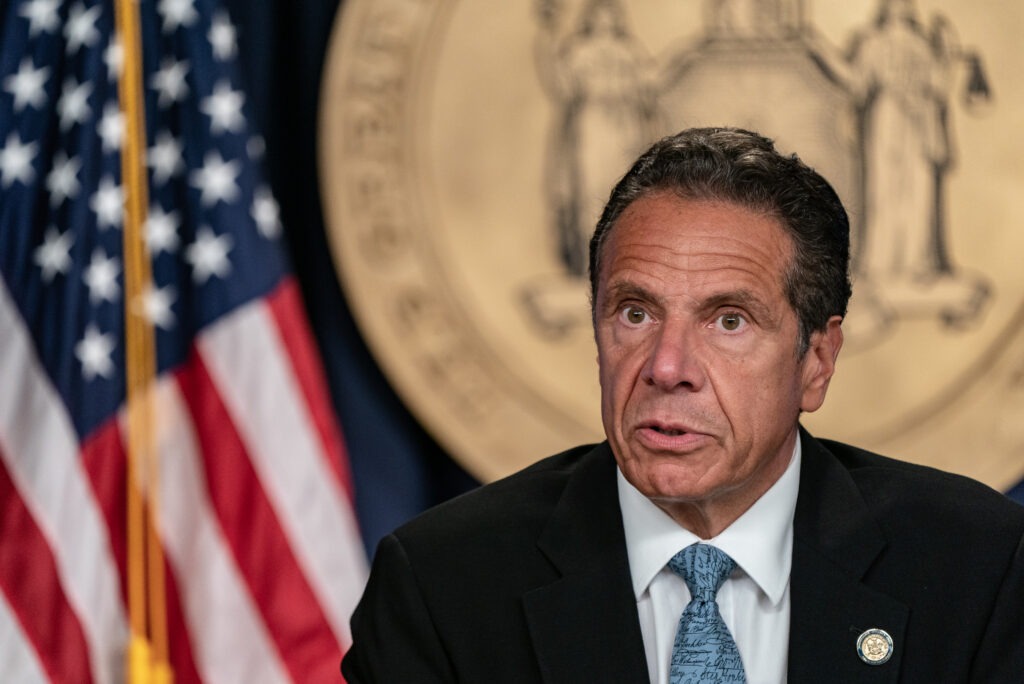 The latest allegations were brought by Charlotte Bennett, 25, who worked as an executive assistant and health policy adviser for Cuomo until leaving his administration in November. The Times said it approached Bennett about her story following a tweet she wrote in support of Lindsey Boylan for sharing her account of what happened with Cuomo — an account the governor has called untrue.

According to the Times, Bennett said that Cuomo asked her a series of personal questions when she was alone with him in his office in June, including whether age made a difference in romantic relationships. Cuomo, 63, also told her that he was open to relationships with women in their 20s, according to the account reported by the Times. Bennett told the paper that while she initially saw the governor as more of a “father figure,” her feelings changed after the June meeting.

“I understood that the governor wanted to sleep with me, and felt horribly uncomfortable and scared,” Bennett told the Times. She said she was left “wondering how I was going to get out of it and assumed it was the end of my job.”

Following the June conversation with Cuomo, Bennett said that she detailed the encounter to Jill DesRosiers, the governor’s chief of staff, and Judith Mogul, a special counsel to the governor. Bennett was transferred to a new job as a health policy adviser and no action was taken against Cuomo after Bennett ultimately decided not to pursue an investigation, according to the Times.

In a statement on Saturday, Cuomo denied the allegations. He called Bennett a “hardworking and valued member of our team during COVID,” adding that “she has every right to speak out.”

“When she came to me and opened up about being a sexual assault survivor and how it shaped her and her ongoing efforts to create an organization that empowered her voice to help other survivors, I tried to be supportive and helpful,” said Cuomo. “Ms. Bennett’s initial impression was right: I was trying to be a mentor to her. I never made advances toward Ms. Bennett nor did I ever intend to act in any way that was inappropriate. The last thing I would ever have wanted was to make her feel any of the things that are being reported.”

Cuomo, a third-term Democrat, said the situation “cannot and should not be resolved in the press,” and called on state employees to comply with an outside review of the allegations.

“I will have no further comment until the review has concluded,” Cuomo said.

Beth Garvey, a special counsel and senior adviser to the governor, said in a statement that “Ms. Bennett’s concerns were treated with sensitivity and respect and in accordance with applicable law and policy.”

Garvey said Bennett “was thoroughly debriefed on the facts which did not include a claim of physical contact or inappropriate sexual conduct. She was consulted regarding the resolution, and expressed satisfaction and appreciation for the way in which it was handled.”

She said an outside review would be lead by former Federal Judge Barbara Jones.

On Sunday, however, the Cuomo administration was forced to backtrack on the plan to have Jones lead the review, following a backlash from both Democrats and Republicans in the state legislature who said the governor should not be allowed to determine who would investigate the allegations. Some called for an independent review by the state’s attorney general, Letitia James, while others said Cuomo should resign.

Carl Heastie, a Democrat and speaker of the New York State Assembly, called for James to make an appointment on who would lead the investigation, in the hopes that it would be “truly independent.” He was joined by a group of 25 state assemblywomen who released a statement calling for a more independent investigation and asking James to choose who would lead the review.

Rep. Alexandria Ocasio-Cortez, D-N.Y., also said that she would like to see James run an independent investigation into the aides’ claims.

Following the numerous calls for a more independent review of the allegations, Garvey released a statement Sunday saying that “the Governor’s Office wants a review of the sexual harassment claims made against the Governor to be done in a manner beyond reproach.”

Garvey said that though Jones was initially chosen to lead the review, the governor’s office “asked the Attorney General of New York State and the Chief Judge of the Court of Appeals to jointly select an independent and qualified lawyer in private practice without political affiliation to conduct a thorough review of the matter and issue a public report.”

The sexual harassment allegations against Cuomo come as the governor is facing continued criticism on a second front concerning his office’s disclosure of death toll data for nursing home in the state hit by COVID-19. An investigation by the New York attorney general’s office found that state officials may have undercounted nursing home deaths in the pandemic by as much as 50%.