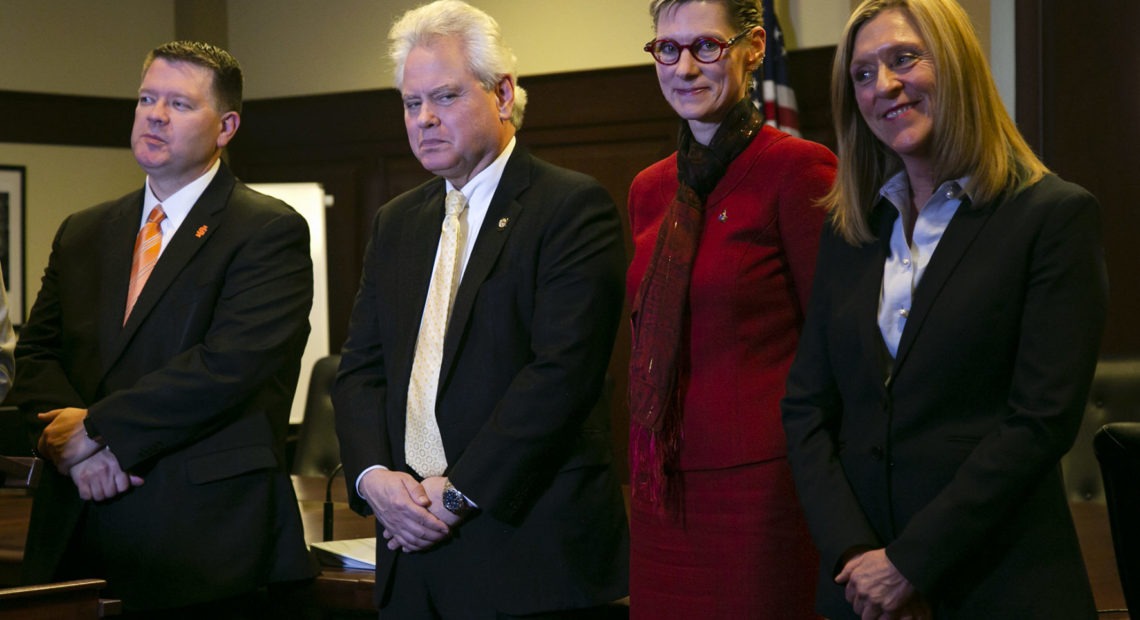 (EDITOR’S NOTE: Over the next year, Idaho Education News will provide in-depth, ongoing coverage of the challenges facing higher education during the coronavirus pandemic. Here’s our latest installment in this project.)

In case you haven’t been keeping a running tally, Wednesday, March 3, will be Day 52 of Idaho’s 2021 legislative session.

For the state’s colleges and universities, the session will begin in earnest Wednesday.

That’s the day when the Joint Finance-Appropriations Committee will write budget bills for the state’s four-year colleges and universities, and community colleges.

The big battle will center on the four-year schools: Boise State University, the University of Idaho, Idaho State University and Lewis-Clark State College. After JFAC agrees on a number, the higher ed budget will have to get through the House — where hardline conservatives are poised to continue a fight that began last legislative session. It took three tries to get a higher ed budget through the House in 2020, and that’ll work if you’re looking for an over-under for the 2021 legislative endgame. 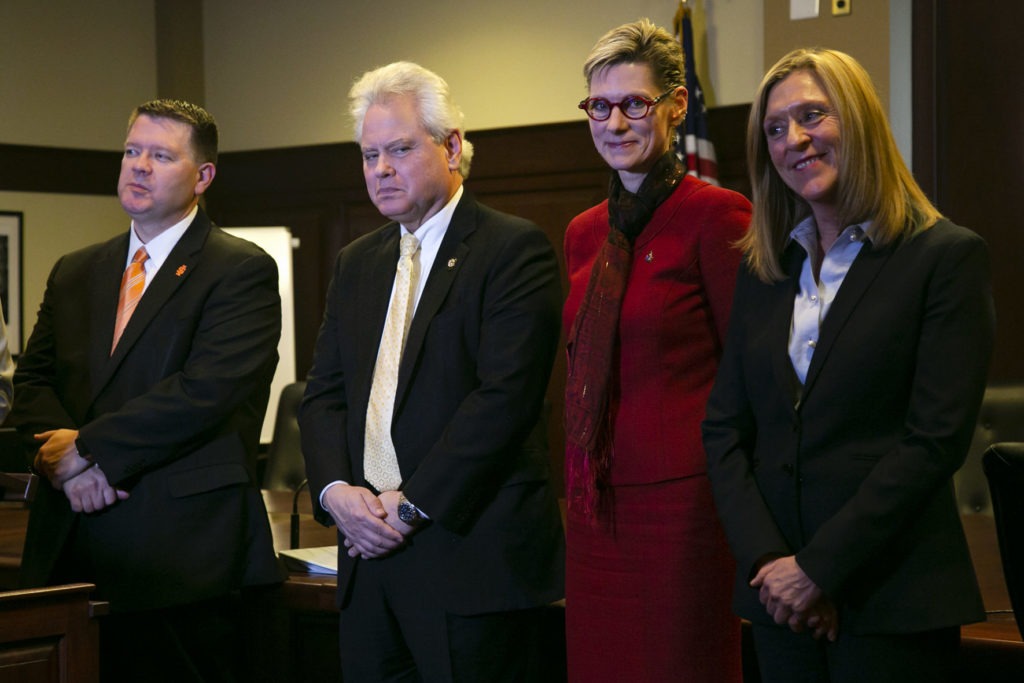 Boise State President Marlene Tromp says she isn’t sure what to expect Wednesday, but emphasized the stakes for the schools and their students. An inadequate budget could undermine Boise State’s outreach to rural students, or a cost-intensive effort to make sure students have access to the core courses they need to graduate on time. And after permanently cutting 194 positions during the pandemic, while holding an additional 279 positions vacant, Boise State is reaching a tipping point where it will have to invest in its staff.

“This has been a year of incredible hardship at our institutions,” Tromp said in an interview Thursday. “We can only operate on that kind of limited structure for a while.” Tromp says she isn’t sure what to expect Wednesday, but emphasized the stakes for the schools and their students. An inadequate budget could undermine Boise State’s outreach to rural students, or a cost-intensive effort to make sure students have access to the core courses they need to graduate on time. And after permanently cutting 194 positions during the pandemic, while holding an additional 279 positions vacant, Boise State is reaching a tipping point where it will have to invest in its staff.

The thing about budget bills is, the Legislature can’t adjourn for the year without passing them. They provide lawmakers a ready opportunity to make their statements and air their grievances.

Which several lawmakers have already tried to do this session, with policy proposals large and small. Here are three thumbnails:

Splitting the higher education budget. Sponsored by Rep. Priscilla Giddings, R-White Bird — but actively pushed by the Idaho Freedom Foundation, a conservative group that has whipped up the Statehouse pushback against higher ed — this bill would force JFAC to pass four separate spending bills for the four-year schools. But it is, to no small extent, an anti-Boise State bill, backed by critics who insist that the state’s largest university is squandering scarce resources on social justice programs.

The bill’s prospects are at best uncertain. A conservative House State Affairs Committee introduced the bill nearly two weeks ago, but House leadership rerouted the bill to the Appropriations Committee. Giddings, a first-year JFAC member, would be hard-pressed to get this bill though this relatively moderate committee. And the bottom line in all of this: If JFAC really wanted to write and pass four higher ed budget bills, it could do this on its own, without legislation requiring it.

A fee freeze and a fee opt-out. Rep. Julie Yamamoto, R-Caldwell, and House Education Committee Chairman Lance Clow, R-Twin Falls, want to freeze student fees for 2021-22 and 2022-23, and allow students to opt-out of some fees. Here, too, Boise State enters the debate: Yamamoto said she is proposing the opt-out bill because a nephew is spending student fees that do not benefit him.

But some fees are non-negotiable, Tromp said. Some, approved by student government, go toward long-term university projects. Others are required by federal law — and without the fees, students may be ineligible for federal financial aid. “It’s more complex than most people imagine.”

Troy introduced a rewritten version of her bill in House State Affairs Wednesday, two weeks after her first bill surfaced. But on Thursday, Tromp said she was unaware of the idea. “I would have to think of the broader implications of that,” she said.

There is at least one more common thread between these three bills. None have received a full hearing. None have gotten out of committee in the House. Since the session could adjourn sometime late next month, sponsors are racing against time. It’s not impossible, but it won’t be easy to get any of these bills through both houses and onto Gov. Brad Little’s desk.

And while some House conservatives are spoiling for a fight over higher education, that’s not a universal sentiment in the Legislature. That was evident on Feb. 17, when Clow and Senate Education Committee Chairman Steven Thayn came before JFAC.

Pressed by Rep. Ron Nate, R-Rexburg — like Giddings, a first-year JFAC member and a conservative hardliner — neither Clow nor Thayn said their policymaking committees are looking too closely at the higher ed budget. And when Nate brought up splitting the higher ed budget, Thayn said pretty much the same thing Tromp has to say about the idea.

It was all enough to prompt Freedom Foundation President Wayne Hoffman to accuse lawmakers of “acts of willful complacency.” But take Hoffman’s us-vs.-the-world narrative with a healthy dose of skepticism. Even if there is a disconnect between Freedom Foundation-aligned lawmakers and the rest of the Legislature, there are plenty of conservatives in the House. Certainly enough to kill a higher ed budget or two, as we saw a year ago. And certainly enough to turn the budget debate into an open referendum on higher education in Idaho.

Aug. 12: Idaho campuses prepare to reopen, but will students show up?

Aug. 24: Across the state, campuses open for an uncertain new year

Sept. 24: The feds’ coronavirus aid fills some gaps, but only some

Nov. 12: In a pandemic, colleges struggle even more to attract Idaho graduates

Dec. 3: One semester down, a tougher semester ahead