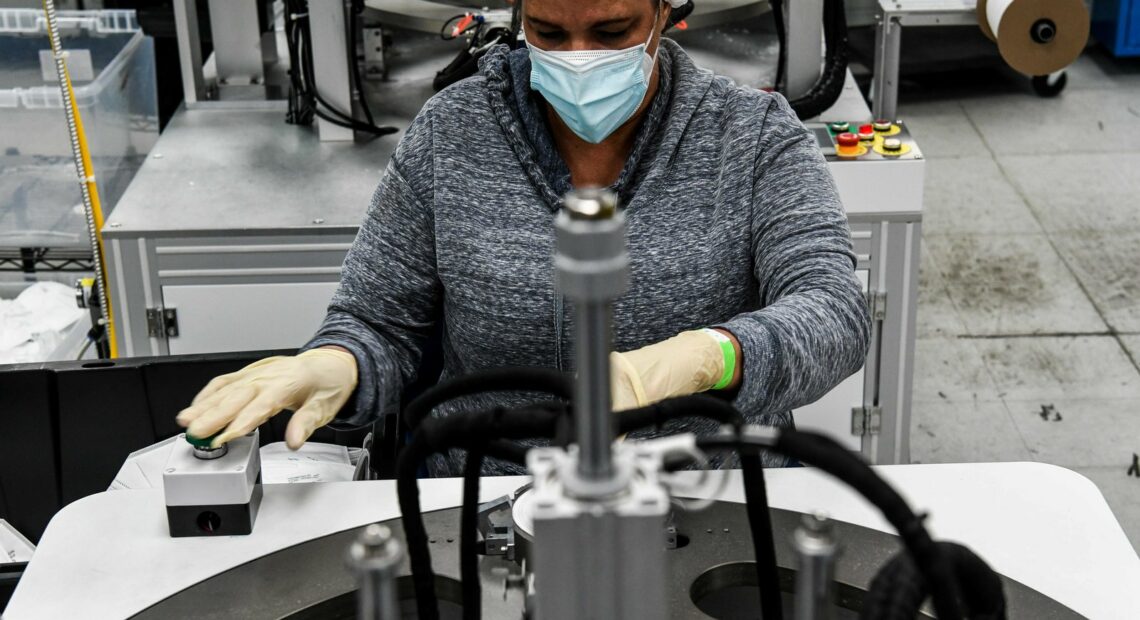 For Americans factories, business is good these days. Almost too good.

Unexpectedly strong demand for furniture, appliances and other manufactured goods is providing a windfall to many of the country’s industries.

But as factory gears spin faster to meet the surging demand, a big headache is emerging: Supply chains are getting stretched more than ever, and critical components are proving a lot harder to procure.

Take the word of Drew Greenblatt, the president of Marlin Steel in Baltimore. 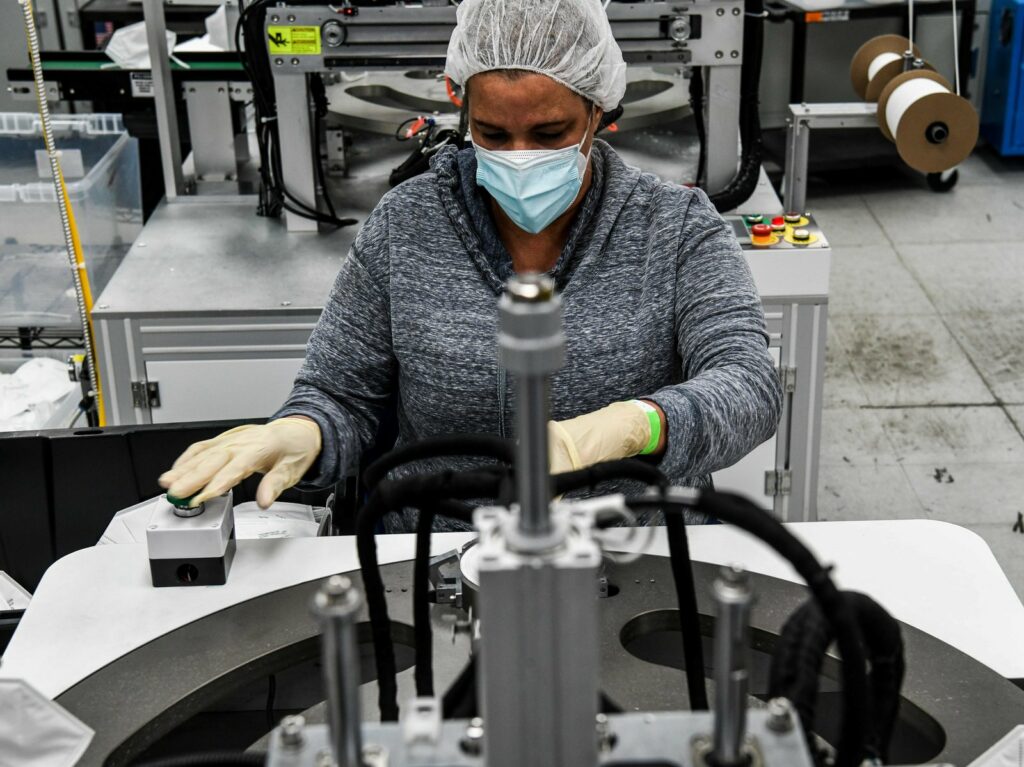 An employee makes respiratory masks in a family-owned medical equipment factory in Miami on Feb. 15. American manufacturers are thriving but they are running into an unexpected problem: finding critical supplies. CREDIT: Chandan Khanna/AFP via Getty Images

“The economy is snapping back in a big way,” Greenblatt said.

But as Greenblatt races to hire workers and expand his factory, frustration is starting to mount.

Hinges that used to arrive from his supplier in a day or two now take three weeks. Steel he uses to make pail handles is back-ordered for months.

“Last month, we would have shipped 25% more if we had not had these shortages,” Greenblatt said. “We’re banging our head against the wall because if we accept an order today for these pail handles, we can’t ship until July. It’s madness.”

The boom in demand for manufactured goods is being fed by a surge in consumer demand from households that have held up well during the pandemic.

Consumer spending on goods rose nearly 6% in January, even as spending on services was up less than 1%.

But that robust consumption caught many factories by surprise, and they’re now struggling to catch up.

“It’s like, ‘I need things yesterday,'” Wolter said, quoting her customers. “Hot, hot, hot, now, now, now. Can you do more overtime? What can we do to make it happen?'”

Wolter’s employees are working overtime. She’s also scrambling to find aluminum supplies and even things as basic as wooden pallets. Prices are going up and products she used to promise in six weeks now take twice that long to deliver.

The contradiction is captured in a report this week from the Institute for Supply Management (ISM). It showed U.S. manufacturing activity expanded in February at the fastest pace in three years, showcasing a part of the economy that is thriving at a time when many other sectors are struggling.

Yet the survey also found delays in procuring supplies throughout the industry. Stockpiles are therefore shrinking, and backlogs are growing.

For Tim Fiore, who oversees the ISM survey, one of the best summaries comes from an electrical equipment manager who described the situation in simple terms: “Things are now out of control. Everything is a mess.”

Fiore said labor shortages are also contributing to the problem as factories struggle to maintain full staffing while also observing safety precautions for the pandemic.

“Shortages are way up,” he said, referring to critical supplies.

“And when they say they can’t get parts, if you peel through that, most of that is probably related to the fact that the people making those parts can’t get labor,” Fiore said. “It all kinds of feeds down three or four tiers through the supply chain.”

Fiore said shortages are likely to persist through late summer or fall, until more people are vaccinated and feel safe going back to work.

The breakdown in supply chains in some industries is so severe it has gotten the attention of the White House.

“We’re going to get out of the business of reacting to supply chain crises as they arise and get into the business of preventing future supply chain problems,” said Peter Harrell, senior director for international economics and competitiveness at the National Security Council.

In the meantime, manufacturers are hustling to find their own workarounds. Wolter has been putting in long hours at her factory, trying to smooth out schedules with both customers and suppliers. Just this week, she also hired three new employees and she’s looking to add more.

Still, Wolter keeps things in perspective. As challenging as it is to meet this sudden demand, she said it beats the alternative.

“It’s better than trying to figure out what your next order is going to be and maybe you might have to lay someone off,” Wolter said. “So this is a great problem.”