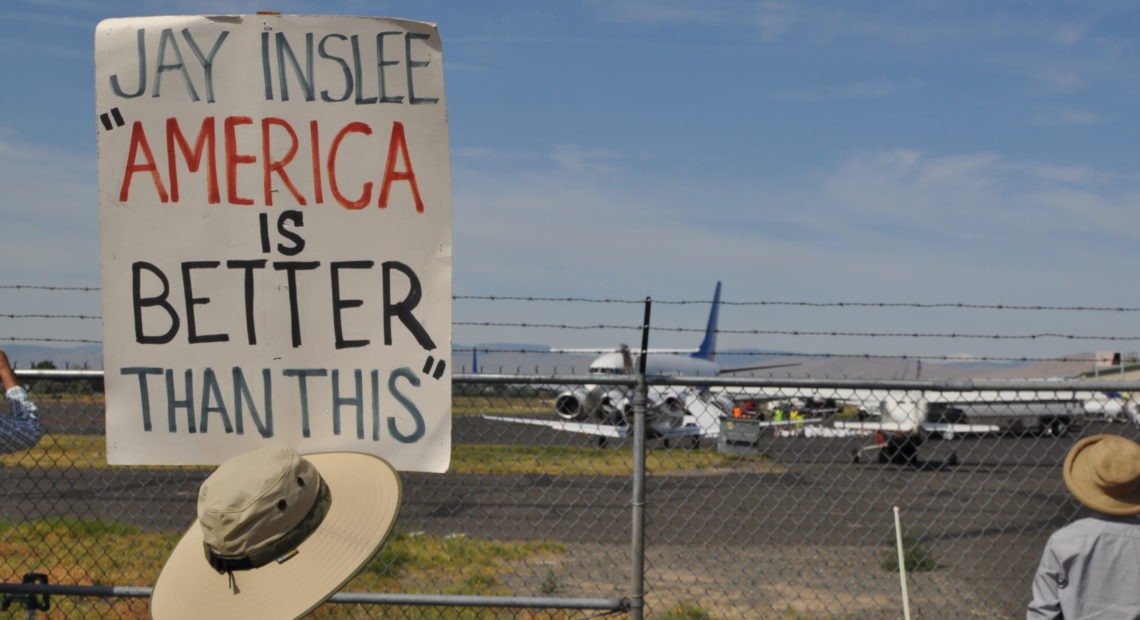 After years of pressure from activists, the detention of adults and teens by U.S. Immigration and Customs Enforcement could be severely curtailed in the Pacific Northwest, thanks to action in the courts and in the Washington Legislature.

Last week, the Washington state House passed a bill aimed at banning private for-profit prison companies that contract with local, state and such federal agencies as Immigration and Customs Enforcement, or ICE, from operating in Washington state. The proposed legislation, now heading to the Senate, seems to have support and could soon become law.

At the same time, judges in Cowlitz County Superior Court announced last month that they are ending what is believed to be the last contract with ICE in the U.S. under which troubled teens are housed. In addition, the only jail in Oregon to hold federal immigration detainees, including youth — the Northern Oregon Regional Correctional Facility in The Dalles — recently moved to end its contract with ICE. 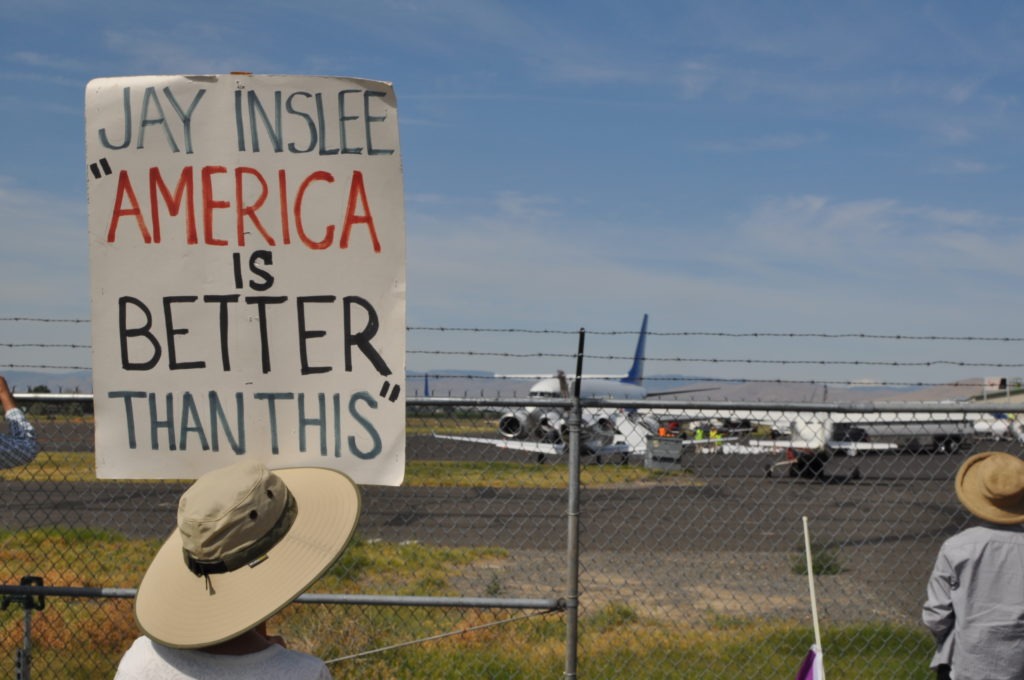 The ending of the various contracts and the possibility of banning private prisons in Washington state mark a potentially significant shift in immigration enforcement and detention.

“People are detained not based on whether they present a risk to that community, but on filling up that bed space. It’s so arbitrary,” Adams said. He noted that he believes there is a perverse focus on doing whatever it takes to make shareholders for private prison companies rich rather than maintaining public safety.

Adams said he doesn’t “believe anyone going through the immigration system should be locked up,” but that at the very least private detention should be outlawed because it “undermines the integrity of any type of immigration enforcement system.”

An agency spokesperson said ICE does not comment on pending legislation.

The detention center in Cowlitz County charges approximately $170 per person, per day, to house juveniles whom ICE determines to be a danger to the community while they undergo immigration court proceedings.

“I was truly horrified to find out that this was happening here in my town, and I didn’t know about it for the first two years, pretty much, that I was living here. And it just seemed like it was something I couldn’t turn my head away from,” said the Rev. Allison Mattocks, a pastor at Longview United Methodist Church who has for months, along with hundreds of others, protested the detention of teens at the facility.

“It is part of my faith. It’s not separate from; it’s part and parcel of, you know, what I believe Jesus asked us to do — was to pay attention to the people who are often considered invisible. And they need not be invisible,” Mattocks added, explaining why she had opted to join the fight against the facility.

In a Feb. 5 statement, the Cowlitz County judges said they had chosen to end the ICE contract in the county “due to the increased lengths of stay not suited for our short-term facility, and because it’s clear the Legislature intended to end contracts of this nature within our state.” In 2019, Washington state passed the Keep Washington Working Act, which banned local jails from holding people for federal immigration officials without a warrant.

There is currently one teen left in ICE custody in Cowlitz County, according to Samrach Sar, a Portland immigration attorney who represents the individual. Sar said the 16-year-old boy, who is originally from El Salvador, has been separated from his mother in Philadelphia since August and was recently denied bond. According to Sar, ICE deemed the teen, who was a victim of bullying, to be dangerous because he sports tattoos and once took a BB gun to school.

But the contract with ICE, which has been in place since 2001, is set to expire in approximately a month, and Sar is unsure where the teen, whose family is seeking asylum, will go next. The attorney said he worries the isolation the teen is currently experiencing will have a lasting negative impact.

Meanwhile, under House Bill 1090, all private detention facilities operating before January 2021 in Washington state would remain in operation solely for the duration of the contract. That means Washington state’s one adult private detention facility, the Northwest ICE Processing Center in Tacoma, would continue to detain people only until its contract expires in 2025. The bill would prevent other private facilities — whether criminal or civil — from opening.

Washington state Rep. Lillian Ortiz-Self, D-Mukilteo, one of the sponsors of the bill, said, “The bottom line is the message that we kept sharing of how morally unjust it is to make a profit off of those that are incarcerated, and the conflict of interest that is inherent in that” is getting across.

According to lawmakers, at least 22 other states have stopped confining people in private, for-profit facilities. And although this is the second year Washington state has attempted to enact such legislation, both lawmakers and activists say they are more hopeful the bill will become law this time around in part because California recently successfully defended a lawsuit after passing a similar ban.

In 2019, California Gov. Gavin Newsom signed legislation that bans for-profit lockups in that state — both criminal and civil. Specifically, the new law barred the state’s Department of Corrections and Rehabilitation from entering into or renewing contracts with a private company after 2020. Privately run facilities would be banned altogether by 2028.

After the law passed, GEO Group, one of the largest private prison companies in the country, challenged the new legislation in court. The company runs dozens of facilities across the country, including the Northwest ICE Processing Center. Its lawsuit argued that the new California ban aimed to “undermine and eliminate the congressionally funded and approved enforcement of federal criminal and immigration law.”

It is a “transparent attempt by the state to shut down the federal government’s detention efforts within California’s borders” and “a direct assault on the supremacy of federal law,” the lawsuit said. The suit came days after ICE rushed to sign new contracts ahead of the ban for four private immigrant detention centers. The Trump administration followed with its own lawsuit approximately a month later.

But last summer, a federal judge in San Diego issued a tentative ruling that largely upheld California’s ban on private prison contracts, noting that the state’s law “does not unconstitutionally discriminate against the federal government.” The judge reasoned that state leaders have the authority to ensure the health and welfare of inmates and detainees.

Maru Mora Villalpando, founder of the activist group La Resistencia, said the private prison ban, if enacted, would shift, but not stall, her fight.

The ban “gives us four years to empty the place. So now the fight will change from shutting it down to how do we empty the place and make sure that it doesn’t operate anymore,” Villalpando said.

The public realizes, Villalpando said, “the culture is changing.”

“They agree. This is a nightmare,” she said, referring to the private detention system.