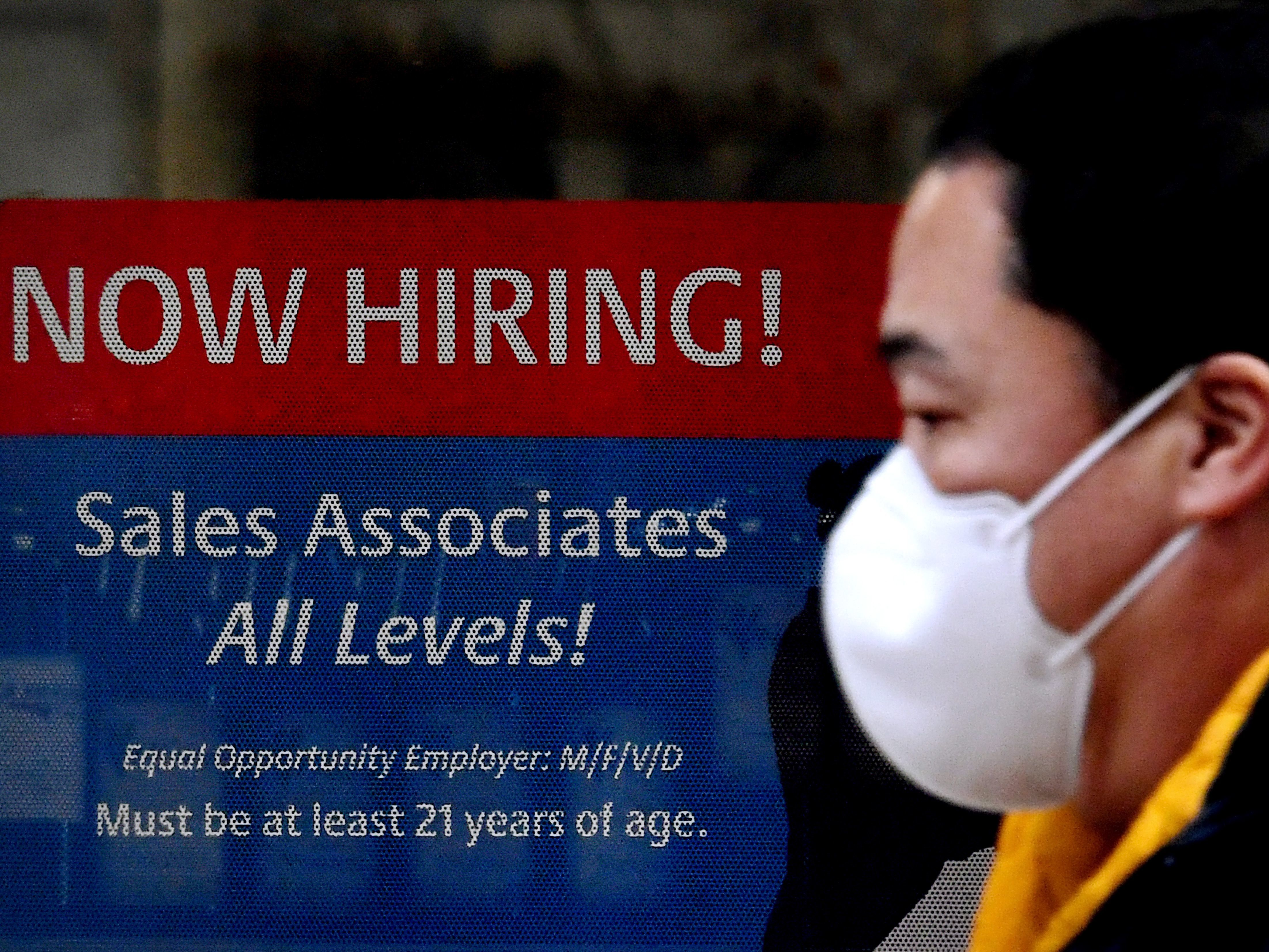 A Sign Of Hope After ‘Winter Hibernation’: Employers Add 379,000 Jobs

Hiring picked up steam in February as a winter wave of coronavirus infections eased and consumers spent more freely.

“The recovery is finally emerging from its winter hibernation,” said Sarah House, senior economist at Wells Fargo. She noted that new cases of COVID-19 have dropped sharply since January. And Congress appears poised to pump more money into the economy if President Biden’s $1.9 trillion rescue package wins approval.

A man walks past a “Now Hiring” sign in front of a store in early December in Arlington, Va. U.S. employers added 379,000 jobs in February, as hiring picked up sharply from the previous month.
CREDIT: Olivier Douliery/AFP via Getty Images

Bars and restaurants added 286,000 jobs last month as COVID-19 restrictions were gradually eased. Retailers added 41,000 jobs. Those gains were partially offset by job losses at construction companies and in state and local government.

Job gains in February were significantly stronger than the revised 166,000 jobs added the month before, but still painfully slow for millions of Americans who remain out of work. There are still 9.5 million fewer people on company payrolls than there were before the pandemic.

“We’ve got some green shoots of the recovery sticking up out of the snow, but there’s still a long way to go before the forest grows back,” said Daniel Zhao, senior economist at the job-search website Glassdoor.

While the unemployment rate has fallen significantly from its peak near 15% last summer, that doesn’t account for people who have stopped looking for work altogether.

“We’ve had the sharpest drop in labor force participation in many decades,” Federal Reserve Chairman Jerome Powell said Thursday at a forum sponsored by The Wall Street Journal. “That just means there are quite a few people who are technically out of the labor force but were working in February [of last year]. Some of them will have retired, but the vast bulk of them actually want to go back to work.”

Powell said it’s “highly unlikely” that the United States will return to full employment this year, but he said he’s “hopeful we can make good progress.”

Congressional forecasters have said it could be 2024 before the country regains all the jobs that were lost during the pandemic.

Treasury Secretary Janet Yellen believes the president’s economic rescue package could accelerate that timetable. It would deliver $1,400 relief payments to most Americans, along with extended unemployment benefits and aid to city and state governments.

“When we look at the state of consumers, they already have quite a bit of money to spend,” said House, the Wells Fargo economist. “They’re eager to get out there. And given the fact that it should be a lot safer to do so, we should see the economy really kick into a higher gear over the next several months.”

Some economists have warned of inflation if consumers try to make up for lost time by spending their accumulated savings and their new relief payments faster than businesses can keep up.

Inflation worries have rattled the stock and bond markets in recent days. The Dow Jones Industrial Average fell more than 345 points, or 1.1%, on Thursday. Still, the Federal Reserve and many analysts believe any spike in prices this year is likely to be temporary and manageable. 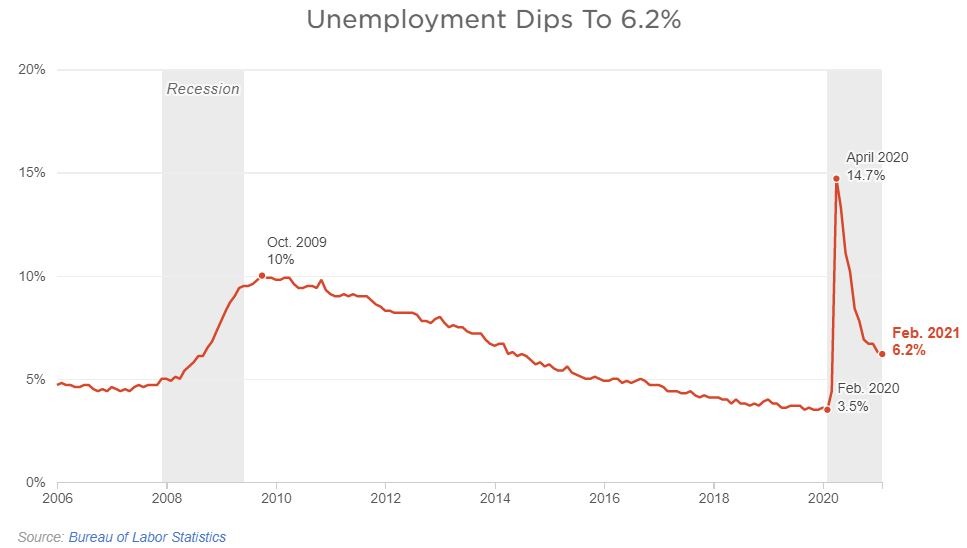 “We do think that inflation is going to be running at a higher pace than what we’ve been used to over the past couple of years,” said House. “But you have to remember that inflation has been historically low.”

While the pandemic has killed more than 518,000 Americans, the public health situation is improving.

“Right now for every case of COVID, we’re seeing 30 vaccinations,” House also said. “As more vaccinations take place and people aren’t having to choose between their health or their job, we think we’re going to see a lot of people come back into the labor force.”

That would be welcome news for employers like Courtney Silver, who has struggled with pandemic absences at the precision machine shop she runs in Concord, N.C.

“It’s just hard,” said Silver. “You have your production schedule planned out for the next eight weeks and you know what you’re going to do, and you get a call on a Friday night or Saturday or Sunday: ‘Hey, my wife has COVID and I’m going to be out for two weeks.’ It affects production in big ways.”