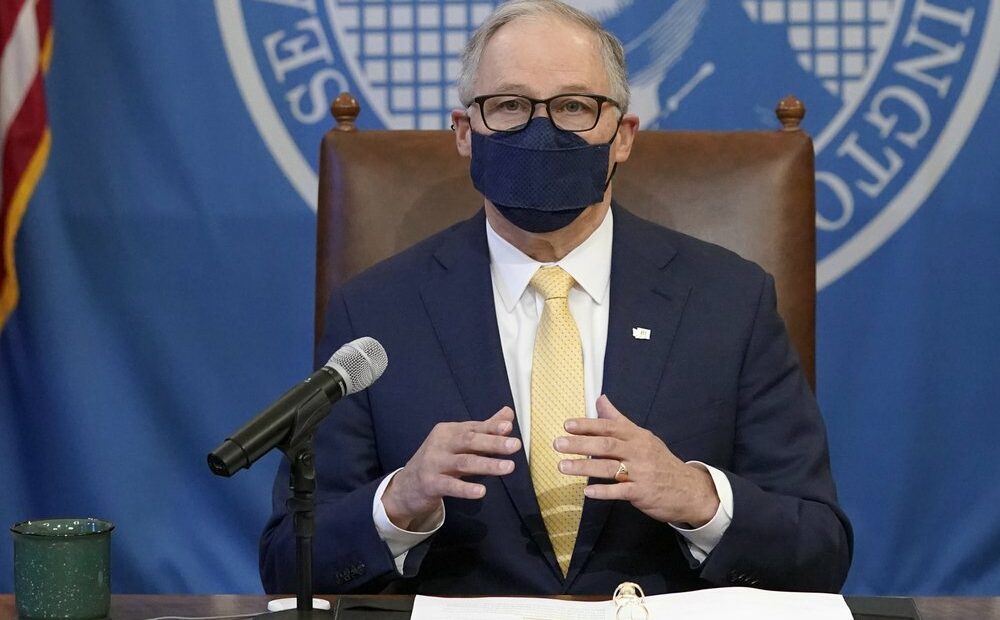 All public schools in Washington will be required to offer students an in-person learning option starting next month — with school districts having to meet an average of at least 30% weekly in-class instruction by April 19 — under an emergency proclamation Gov. Jay Inslee said he will sign next week.

The proclamation, announced by Inslee Friday, allows for a staggered start, with all kindergarten to sixth grade students being provided an opportunity for hybrid remote and in-person learning by April 5, followed by all other K-12 students by April 19.

Inslee and state schools Superintendent Chris Reykdal cited mental health and academic concerns for students over the past year of school closures.

“Many, many of our children have not been able to thrive as we wish them to do so without on-site education,” Inslee said. “For them, we’re taking action today.” 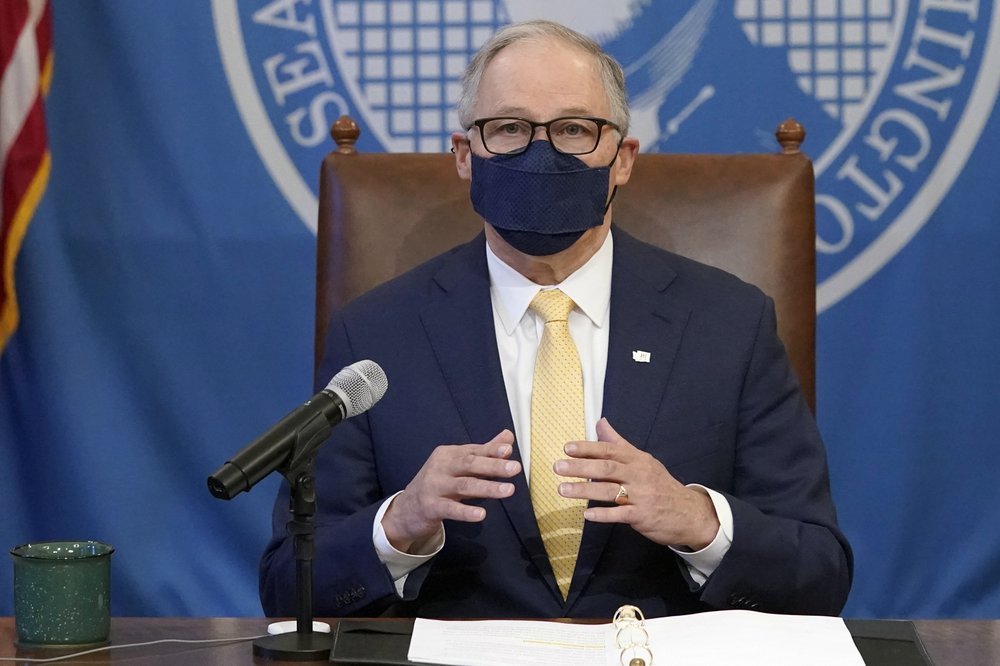 Washington Gov. Jay Inslee speaks during a news conference, March 12, 2021, at the Capitol in Olympia, Wash. Inslee said he will issue an emergency proclamation next week that will require all public schools in the state to offer students an in-person learning option starting in April. CREDIT: Ted S. Warren/AP

Students must be offered no fewer than two days of of on-campus, in-person instruction per week, but students can remain fully remote if their families choose.

Some public school teachers have resisted returning to the classroom during the COVID-19 pandemic, despite the governor’s urging, citing concerns about safety.

Earlier this week Seattle authorities delayed the start of in-person classes for some special-education students and preschoolers to March 29. Seattle Public Schools had hoped to resume classroom learning for some students during the coronavirus pandemic this week. There has been intense opposition from the Seattle Education Association to summon 700 educators back to buildings ahead of an agreement on expanding in-person instruction.

Seattle Public Schools is the state’s largest district, with about 50,000 students. Reykdal noted that the school district was among 35 that will not receive federal money that is going to 271 other districts this month because of an inadequate reopening plan submitted earlier this month.

Julie Popper, a spokeswoman with the Washington Education Association, said that the governor’s announcement “assumes that districts have the ability to provide safe teaching and learning.”

“Some districts are not yet prepared to safely welcome students back to buildings,” she said in a statement. “Local unions are actively bargaining with districts to ensure the return to buildings is as safe as possible. Shortcutting those safety processes is not in the best interest of our students, staff, or communities.”

Inslee noted that his proclamation was legally binding and “we have full expectation it will be fulfilled.”

“We’re not here today for threats,” he said. “We’re here for success, consensus building and confidence.”

About 40 percent of the state’s 1.1 million public school students are receiving some level of in-person instruction, according to the Office of the Superintendent of Public Instruction.

Under the order, school districts will be required to work to exceed the 30% minimum instructional hours, with a goal of reaching the maximum capacity and maximum frequency of on-campus, in-person instruction as soon as possible.

The proclamation also directs the Department of Health and the state Health Care Authority to work on recommendations on how to support the behavioral health needs of children in the coming year.

Reykdal said there has been a jump in absences from middle schoolers and high schoolers over the past year, as well as more poor grades. Data provided by OSPI shows that in the first term of the 2020-21 school year, 25% of high school students had at least one course where they didn’t earn credit due to a failing grade or an incomplete, up from 18% the previous year.

“Academically, students are struggling,” he said.

Earlier this month, educators, school staff and licensed childcare workers of all ages in Washington were added to the current tier of vaccine eligibility following a presidential directive to prioritize vaccinating teachers in order to get them back into the classroom.

The state has exceeded its goal of 45,000 vaccinations a day, with a current 7-day average of 46,119, More than 2.1 million doses of vaccine have been administered to date, and more than 10% of the state’s population has been fully vaccinated.

The schools announcement in Washington state comes following a similar order issued by Oregon Gov. Kate Brown, who mandated that all K-12 public schools provide universal access to in-person learning by the month’s end for students up to fifth grade and by mid-April for older students.