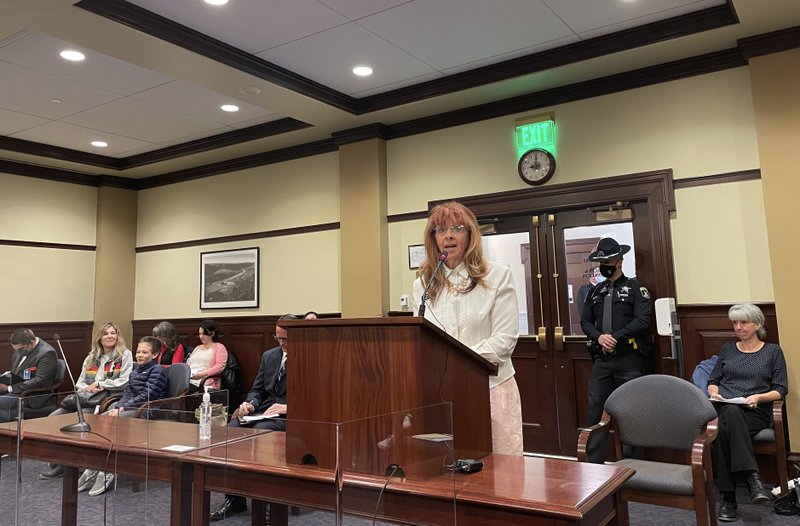 Legislation to prohibit mask mandates by government entities in Idaho headed to the House on Monday.

The House State Affairs Committee voted 10-2 along party lines with both Democratic representatives opposed to advance the measure that’s a reworked version of previous legislation that banned mask mandates at medical facilities. The new bill allows hospitals and other healthcare facilities to require masks.

Specifically, lawmakers voted to kill the old version of the bill and send the new version to the House without a public hearing.

The bill’s sponsor, Republican Rep. Karey Hanks, said she preferred legislation banning mask requirements at hospitals, but voted to kill it and send the new version to the House.

“The intent of this bill is to free our people, so they don’t have to wear these medical devices that are difficult and even impossible for them to wear,” Hanks told fellow lawmakers.

Republican Gov. Brad Little has never issued a statewide mask mandate, but a handful of counties and about a dozen cities currently have such orders in place. The legislation is in response to those government entities putting in place mask mandates hoping to slow infections and deaths caused by the coronavirus. The mask mandates started appearing last summer.

Officials report that the coronavirus has infected more than 175,000 Idaho residents and killed more than 1,900 people.

Backers of the legislation said requiring them to wear masks violated their rights. Others argued that masks are ineffectual at preventing the spread of the coronavirus and other diseases. Additional arguments included that masks can cause cancer and that it’s simply a method to control others.

However, health experts have consistently said wearing masks slows the spread of the coronavirus.

Several people testified that victims of assault who had their mouths covered experienced post-traumatic stress when having to wear a mask or when seeing others wearing a mask.

Opponents of the bill said the masks are effective at preventing the spread of the disease, and without such mandates where they lived they would be afraid to go to the grocery story.

A restaurant owner in Boise testified that the city’s mask mandate removed confusion and conflict with customers.

“Putting the mask mandate in place stabilized this,” Dave Krick told lawmakers. “It allowed most of the public to accept it so that it became normal so that we could normalize our operations and our business.”

Matthew Andrew, who is filling in for Republican Rep. Bruce Skaug, who is out with COVID-19, said he had reservations about taking away local control but voted to send the bill to the House.