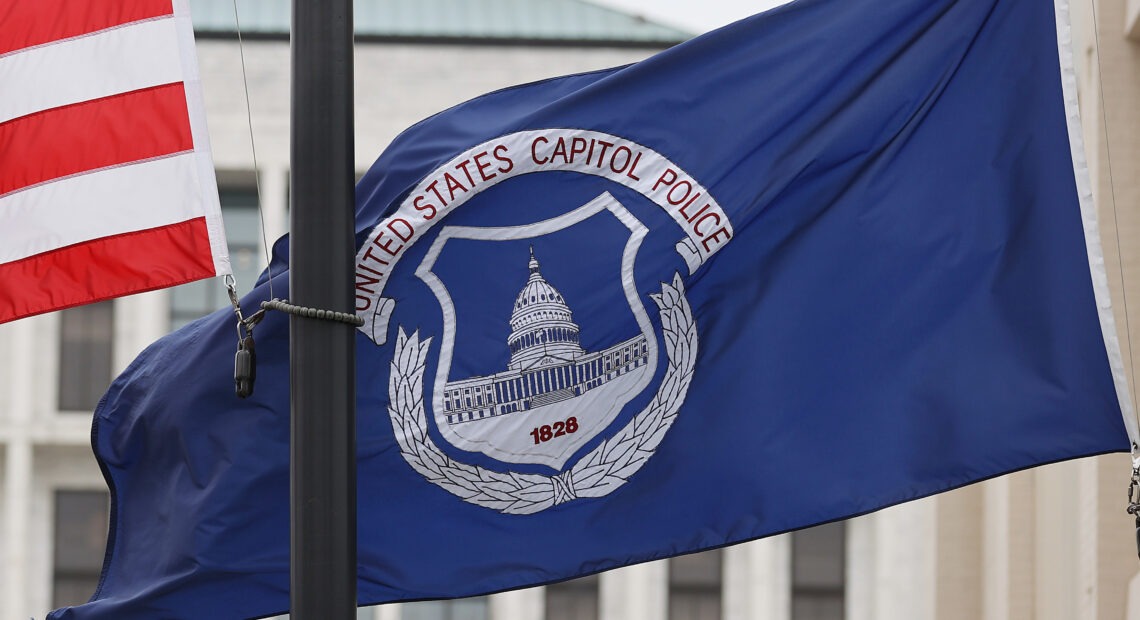 Two men have been arrested for allegedly spraying a chemical on Capitol Police officer Brian Sicknick and two other law enforcement officers, during the Jan. 6 storming of the U.S. Capitol. Sicknick died one day later; officials have recently said they’re still determining what factors might have led to his death.

The two men are Julian Elie Khater, 32, of State College, Penn., and George Pierre Tanios, 39, of Morgantown, W. Va. They were arrested Sunday, charged with “conspiring to injure officers and assaulting federal officers” and other crimes, the Justice Department says. 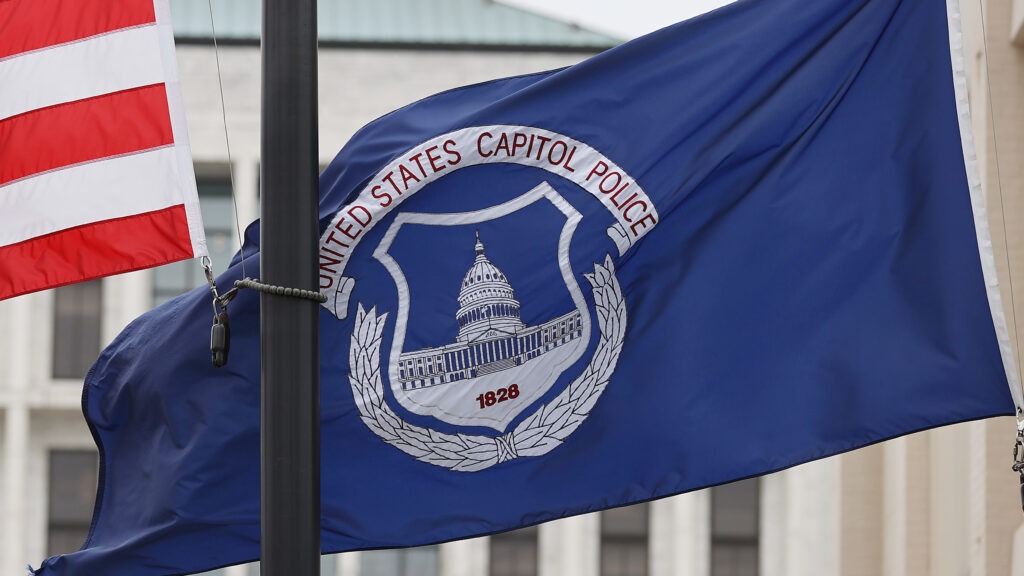 The U.S. and U.S. Capitol Police flags were flown at half-staff after the death of officer Brian Sicknick. On Sunday, the FBI arrested two men who are accused of spraying chemicals on Sicknick and others.
CREDIT: Chip Somodevilla/Getty Images

Sicknick died one day after he sustained injuries during the attack by a mob of Trump supporters who were attempting to block Congress from certifying President Biden’s victory over the former president.

News of the pair of arrests comes two weeks after the FBI singled out a person who was seen spraying a substance on Sicknick and other law enforcement officers. At the time, the Capitol Police emphasized the medical examiner’s report into Sicknick’s death was not yet complete, adding that they were still awaiting toxicology results.

During a standoff with police at the Capitol, Khater asked Tanios to “give me that bear s*it,” according to the Justice Department, citing video footage from the scene.

After pulling a canister from Tanios’ backpack, Khater moved to the front of the crowd, next to the police perimeter. He then raised his hand, aimed the canister at Sicknick and two other officers who were standing just a few feet away, and waved his arm from side to side, the agency says.

The three officers – two from the Capitol Police and one from Washington’s Metropolitan Police – were immediately forced to retreat, “holding their hands to their faces and rushing to find water to wash out their eyes,” the Justice Department said.