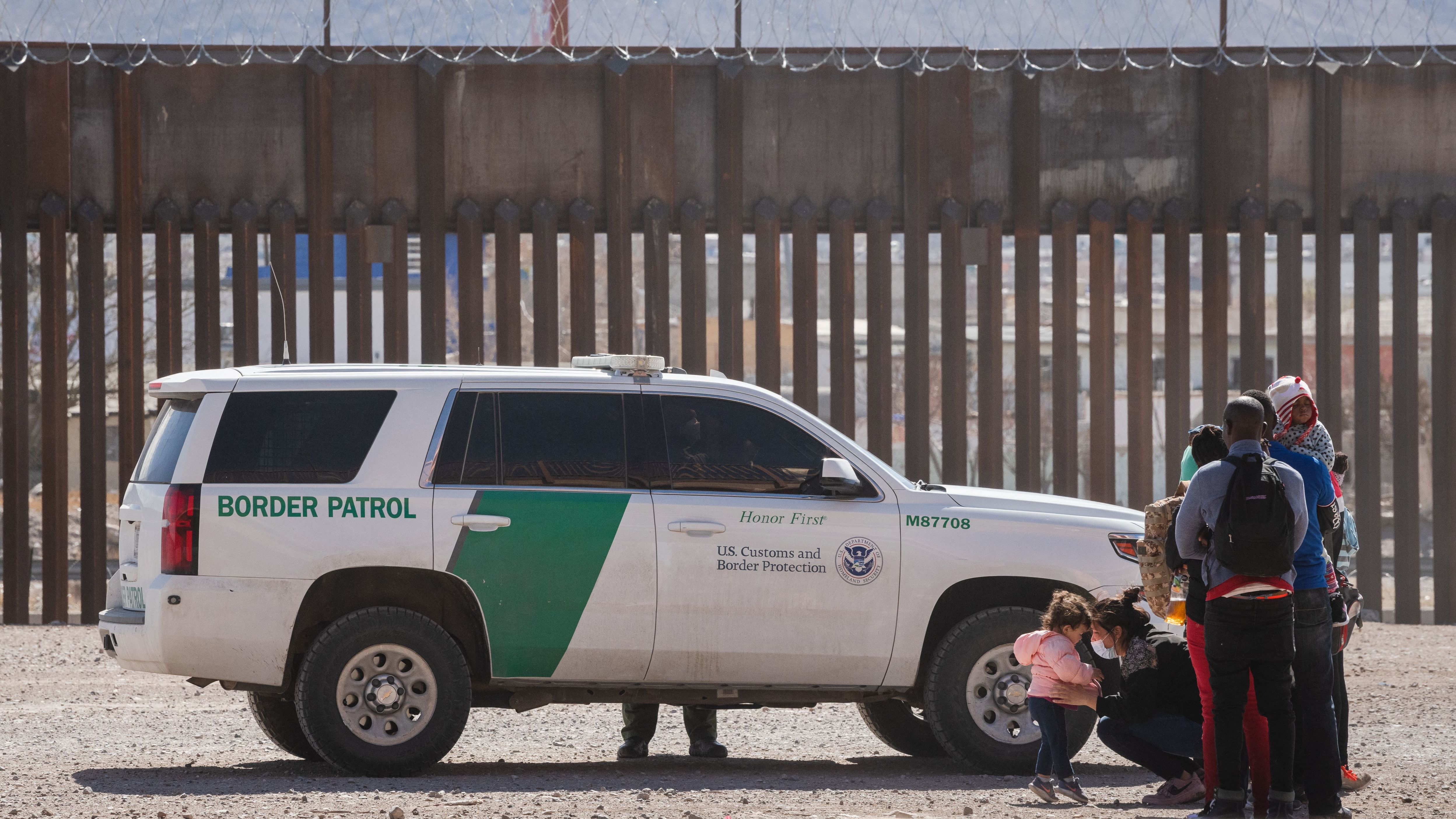 The U.S. government had 4,276 unaccompanied migrant children in custody as of Sunday, according to a Department of Homeland Security document obtained by NPR. The children are spending an average of 117 hours in detention facilities, far longer than the 72 hours allowed by law.

The situation at the Southern border is drawing fresh scrutiny as the Biden administration plots its next steps after signing a massive coronavirus relief package into law. House Democrats are planning to vote on a pair of targeted immigration bills this week that have little hope of passing the Senate, while Republican lawmakers are traveling to the border and denouncing the conditions there. 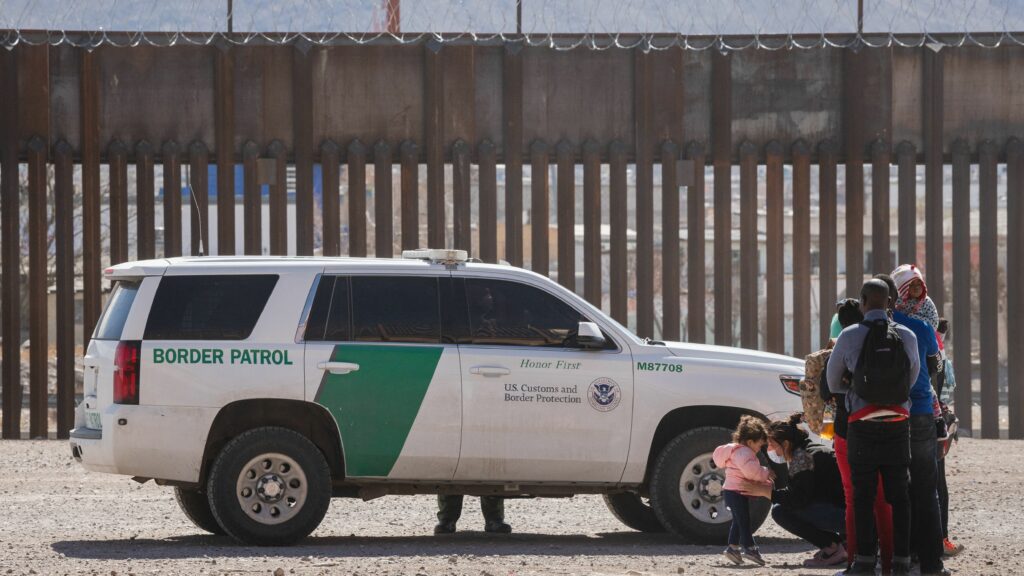 Border Patrol agents apprehend a group of migrants near downtown El Paso, Texas, on Monday. The Department of Homeland Security is struggling to manage a growing number of unaccompanied minors at the border.
CREDIT: Justin Hamel/AFP via Getty Images

In a statement Tuesday, Homeland Security Secretary Alejandro Mayorkas acknowledged the delay between when minors are processed at Border Patrol facilities and when they are transferred to the Department of Health and Human Services and eventually placed with sponsors in the U.S. He also laid out what DHS is trying to do to address the situation.

“The Border Patrol facilities have become crowded with children and the 72-hour timeframe for the transfer of children from the Border Patrol to HHS is not always met,” the statement said. “HHS has not had the capacity to intake the number of unaccompanied children we have been encountering.”

Mayorkas noted that the “majority” of those apprehended at the Southern border are actually single adults, who are being expelled.

The administration has reiterated in recent weeks that “the border is not open,” but it had reversed a Trump administration policy of turning away unaccompanied minors. Protecting federal workers and migrants from the coronavirus is an additional complication.

The children and teenagers who arrive at the border without a parent or legal guardian are being held in warehouse-like detention facilities run by the U.S. Customs and Border Protection. Because of the backlog, minors are stuck in these sometimes jail-like centers rather than the more hospitable shelters that can have bunk beds, video games, classrooms, medical facilities and ball fields.

“We are creating joint processing centers so that children can be placed in HHS care immediately after Border Patrol encounters them,” Mayorkas said Tuesday. “We are also identifying and equipping additional facilities for HHS to shelter unaccompanied children until they are placed with family or sponsors. These are short-term solutions to address the surge of unaccompanied children.”

Immigrant advocates welcomed those announcements. They’ve been encouraging the Biden administration to open HHS facilities closer to the border, where the agency that’s trained to work with migrant children can take custody of them more quickly.

They also praised the Biden administration for trying to lower barriers to reuniting children with potential sponsors in the U.S. — particularly a Trump administration policy that allowed HHS officials to share information about those sponsors with immigration authorities.

“That resulted in the apprehension of a lot of the relatives of children, parents or other caregivers, who could have actually gotten those kids released from detention,” said Azadeh Erfani, a policy analyst with the National Immigrant Justice Center — and that in turn created a chilling effect that prevented other sponsors from coming forward.

“Kids ended up languishing in detention centers longer, which then created a bottleneck where the new children who arrived at the border were stuck in CBP custody,” Erfani said.

While the issue of unaccompanied minors at the border is one that former Presidents Donald Trump and Barack Obama also faced at various points, Mayorkas said in Tuesday’s statement that “We are on pace to encounter more individuals on the southwest border than we have in the last 20 years.”

Mayorkas, who was confirmed as DHS secretary on Feb. 2, is the first Latino and the first immigrant to lead the department. He concluded his statement about the border on a personal note:

“I came to this country as an infant, brought by parents who understood the hope and promise of America. Today, young children are arriving at our border with that same hope. We can do this.”

Mayorkas is testifying before the House Homeland Security Committee on Wednesday.