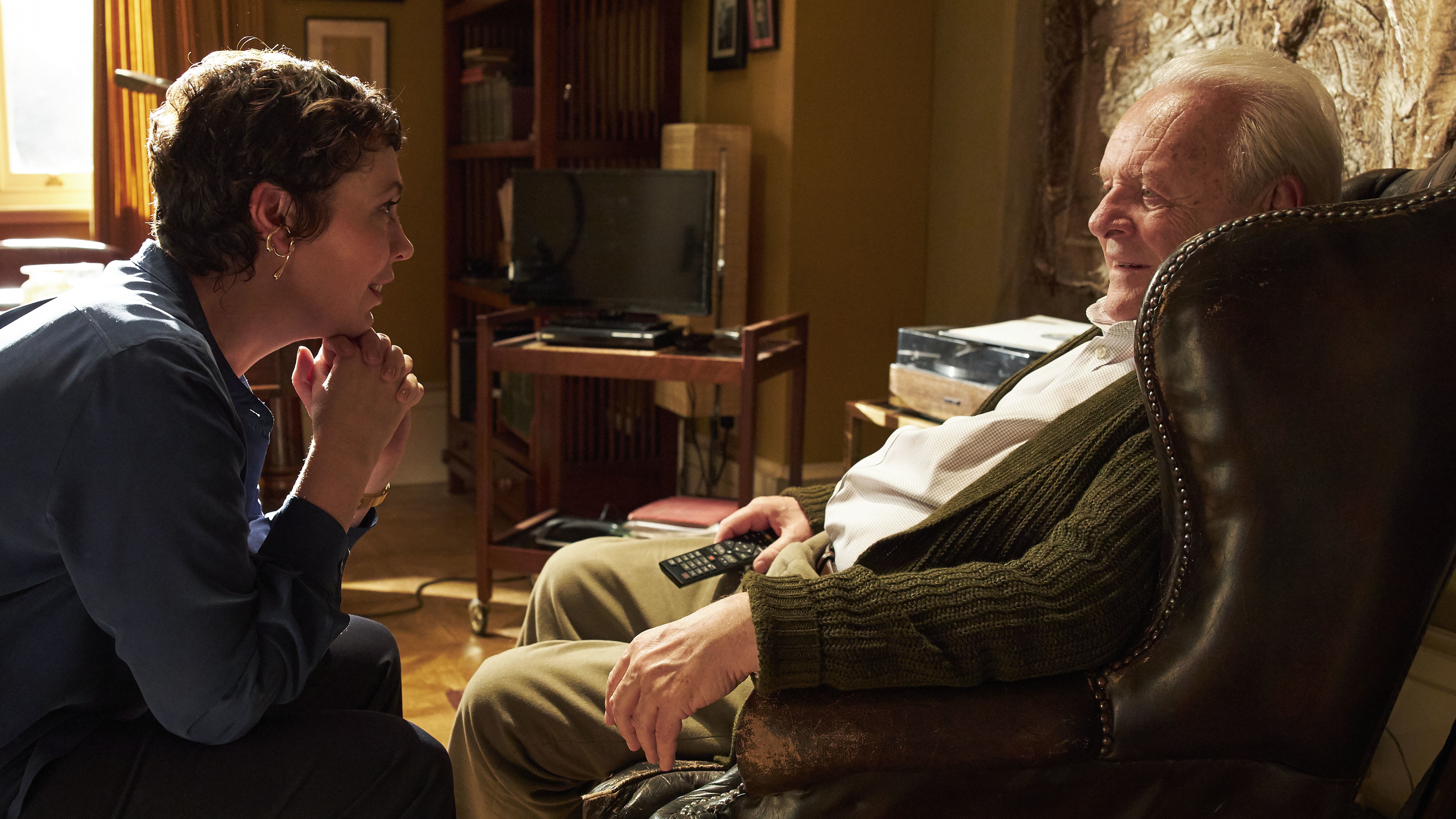 There have been many fine films over the past several years about characters struggling with the onset of Alzheimer’s disease and dementia, like Away From Her, Still Alice and the recent Colin Firth/Stanley Tucci drama Supernova. But few of them have gone as deeply and unnervingly into the recesses of a deteriorating mind as The Father, a powerful new chamber drama built around a mesmerizing lead performance from Anthony Hopkins.

At this point in his long career, Hopkins would seem to have exhausted his ability to surprise us, but his work here is nothing short of astonishing. He shows us a man whose mind has become a prison, and we’re trapped in it right alongside him.

His character, also named Anthony, is 80 years old and has dementia. At the beginning of the movie, his daughter, Anne — played by the superb Olivia Colman — stops by his London apartment to check on him. Her father’s condition has taken a turn for the worse, and his fits of temper have become severe enough to send his latest live-in nurse packing.

In The Father, Anthony Hopkins plays a man with dementia, and Olivia Coleman is the daughter whose name he occasionally forgets.
CREDIT: Sean Gleason/Sony Pictures Classics

Anthony is stubborn and defiant and insists that he can manage on his own. But that’s clearly not the case, given his habit of misplacing his things, like the watch that keeps mysteriously vanishing from his wrist, and his inability to remember names and faces, Anne’s included.

As The Father goes on, the more it becomes clear that it’s his own mind that’s playing tricks on him. What makes the movie so unsettling is the way it wires us directly into his subjective experience, so that the foundations of the story seem to shift at random from scene to scene. We’re adrift in a sea of Anthony’s memories; each new plot development undermines the one before it.

A man suddenly appears in the apartment, claiming to be Anne’s husband, which is odd, since just a few moments earlier, Anne seemed to be single. Anne goes out shopping for groceries, but when she returns, she’s played not by Olivia Colman but by another actress, Olivia Williams.

The apartment itself, brilliantly designed by Peter Francis, begins to shift of its own accord. You notice puzzling discrepancies — wasn’t there a lamp on that hallway table just a moment ago? Weren’t those kitchen cabinets a completely different color? — and suddenly realize that Anthony’s mind is blurring different time frames together. At some point, it becomes unclear whether we’re in Anthony’s apartment or Anne’s apartment, into which Anthony has been moved since he can no longer live on his own.

The Father is thus both a psychological detective story and a stealth haunted-house movie. It’s an exceedingly clever and polished piece of filmmaking, and it marks an impressive feature debut for the French writer-director Florian Zeller, adapting his own popular play with the veteran screenwriter Christopher Hampton.

You can sense how well this material must have worked on stage, where it’s easier to slip between layers of reality. But it works beautifully onscreen, too. The general complaint about most stage-to-screen adaptations is that they wind up feeling too airless and claustrophobic. But those qualities are if anything a bonus in The Father, deepening its portrait of cognitive entrapment.

Remarkably, none of the movie’s dazzling surface tricks undermine the emotion at its core. The story in The Father may be scrambled, but it’s also heartbreakingly simple: A man grows old and loses his memory, and his daughter, after a lifetime of love and devotion, must begin the long, agonizing process of saying goodbye.

Hopkins could deliver this performance on an empty soundstage with no loss of impact. He shows us Anthony’s struggle to keep his wits about him, the way he reaches for humor — and then anger — as a means of keeping the inevitable at bay. By the end, though, his every last defense has been stripped away, and Hopkins lays the character bare with a vulnerability I’ve rarely seen from him or any actor. It’s a devastating performance — and an impossible one to forget.