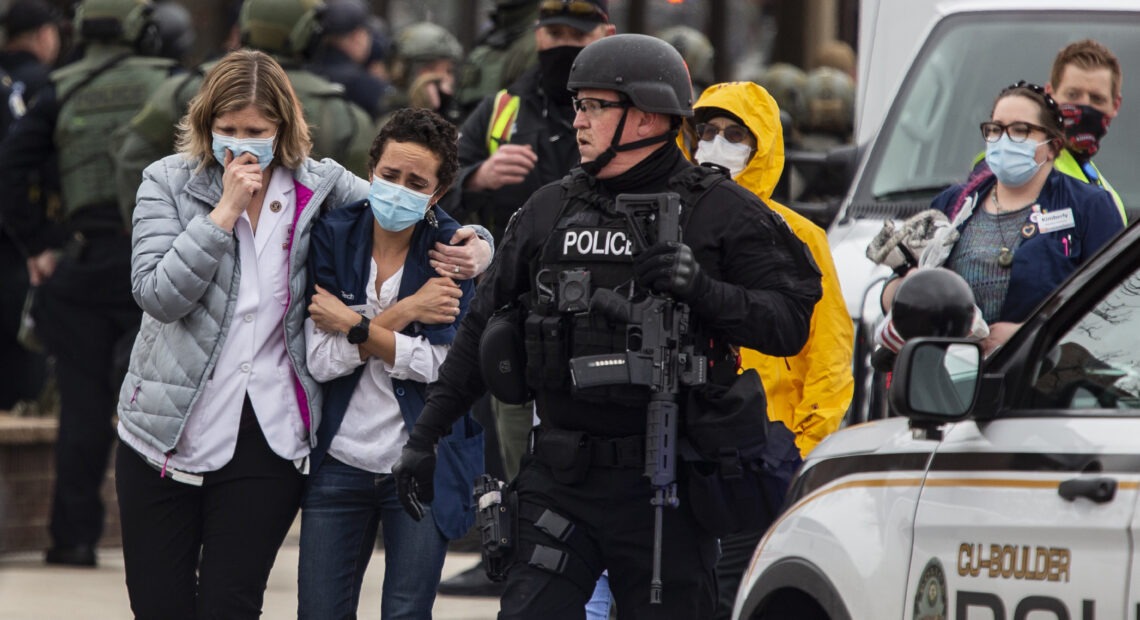 Police in Boulder, Colo., have identified the suspect in Monday’s shooting rampage at a grocery store as Ahmad Al Aliwi Alissa, 21. Ten people died in the shooting, including a Boulder police officer who had arrived to help those inside the store. The victims range in age from 20 to 65 years old.

“Our hearts go out to all the victims of this senseless act of violence,” said Boulder Police Chief Maris Herold.

All of the victims have now been identified and their families have been notified, Herold said at a news conference Tuesday morning. She then read out the list of the victims:

“This is a real horror and terror for all of us,” said Colorado Gov. Jared Polis.

Polis, who is from Boulder, noted that he has shopped at the same store where the violence erupted on Monday. Herold later added that she lives around three blocks from the store. 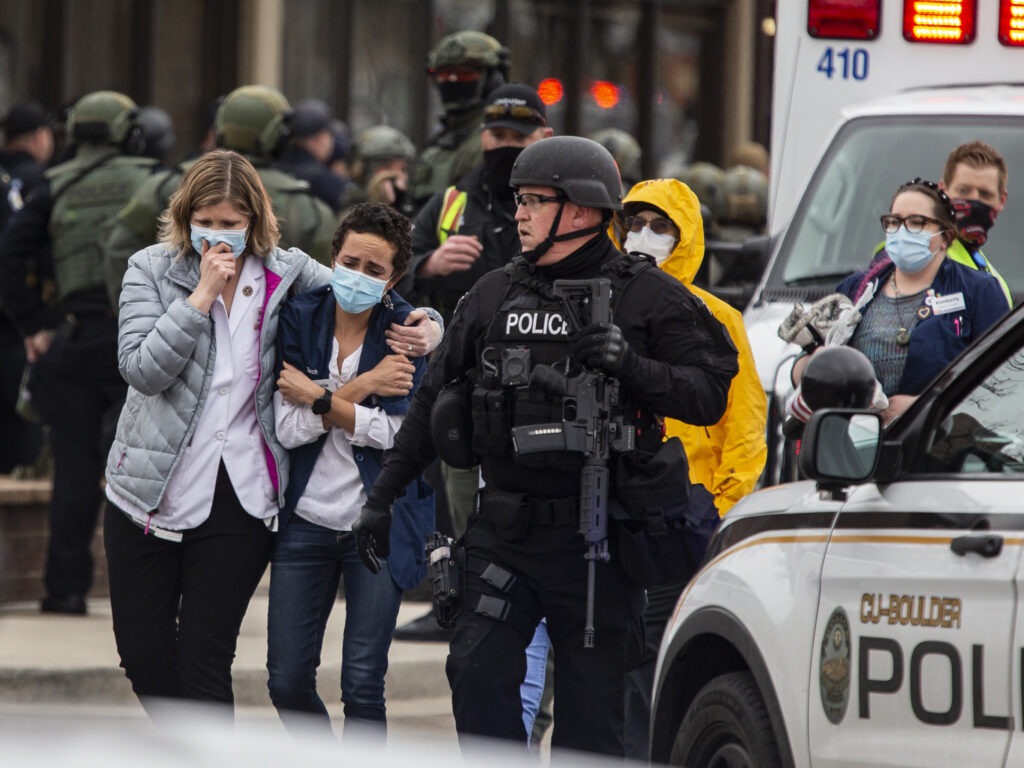 “I feel numb,” she said, describing the pain of talking with people from the community about the tragic deaths.

The suspect is from Arvada, a small city located between Denver and Boulder. He was wounded during the shooting and expected to be released from the hospital and sent to the county jail sometime Tuesday, Boulder County District Attorney Michael Dougherty said.

Herold said the suspect’s injury was a “through-and-through” wound to his leg.

Ben Markus of Colorado Public Radio reports that Alissa has a police record, having been arrested on a misdemeanor assault charge in 2018. He pleaded guilty and paid a fine to resolve that case, according to court records.

Speaking about the slain officer, Herold said that just weeks ago, she had Talley and his entire family in her office so she could present an award. The commendation, she explained, was for one of his sons who had saved another boy’s life by performing CPR.

“He loved this community,” the chief said of Talley, saying that he represented everything her police department needs.

“Flags had barely been raised from half-staff” following last week’s shooting spree in Atlanta-area massage spas when the new violence broke out in Boulder, Polis said.

The FBI, the ATF and other federal agencies are helping to investigate, mainly by processing evidence at the crime scene and conducting interviews with witnesses, said FBI special agent in charge Michael H. Schneider. He added that the effort is ongoing to determine what could have motivated the attack.

The first reports of shots fired at the King Sooper’s grocery store reached the Boulder Police Department around 2:30 p.m. local time on Monday, Herold said that evening. She provided more details on Tuesday, saying that officers were dispatched around 2:40 p.m. and arrived within minutes.

The officers “immediately entered the store and engaged the suspect,” the police department said in a news release. “There was an exchange of gunfire during which the suspect was shot. No other officers were injured. The suspect was then taken into custody at 3:28 p.m.” and taken to a hospital, the agency said.