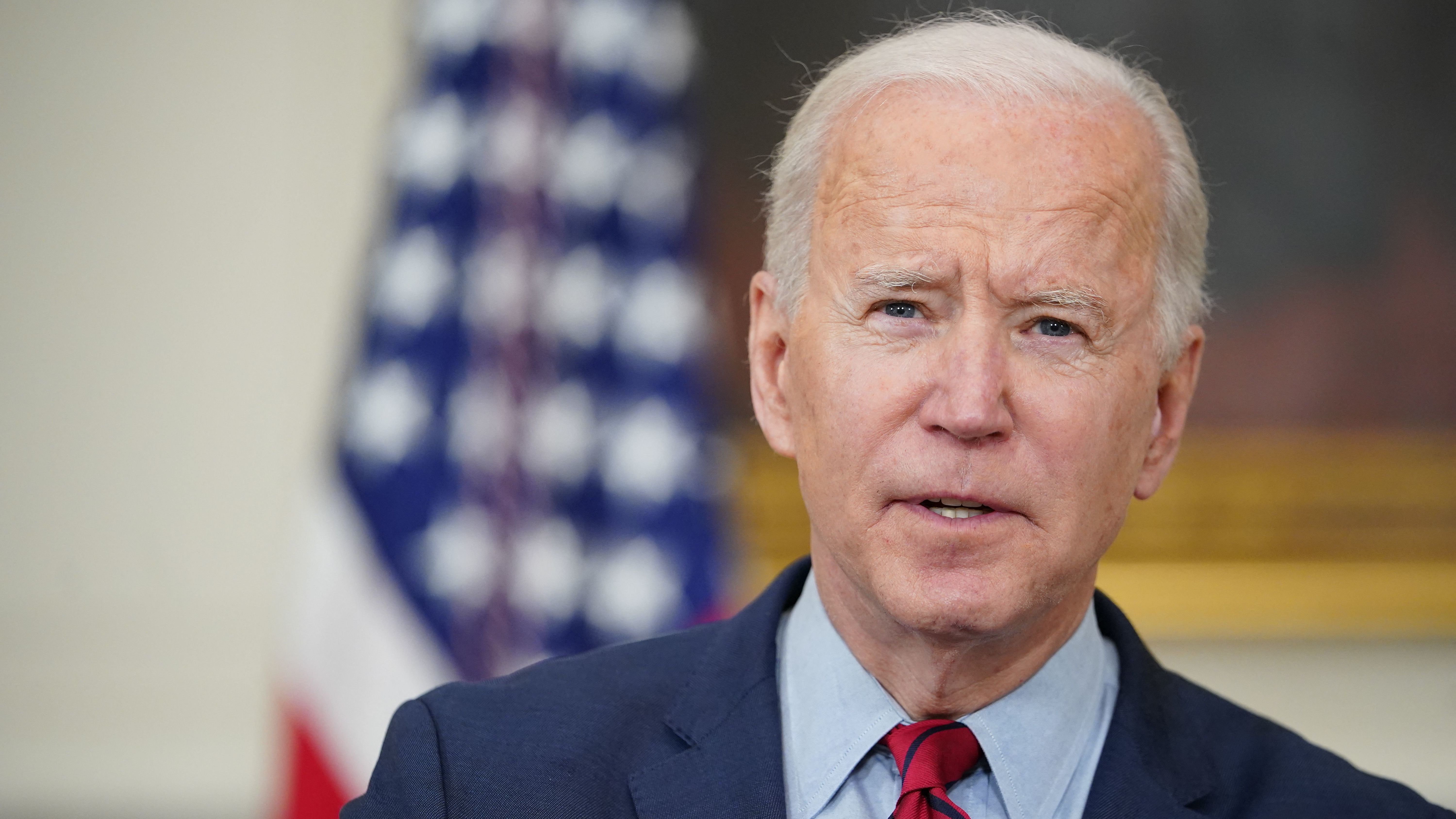 President Biden said Tuesday that he and first lady Jill Biden were “devastated” by Monday’s shooting in Boulder, Colo., and called on the Senate to pass to gun bills passed by the House earlier this month that would tighten gun laws.

Acknowledging there is more to confirm about the shooter’s weapons and motivation, Biden said, “I don’t need to wait another minute, let alone an hour, to take common-sense steps that will save lives in the future and to urge my colleagues in the House and Senate to act.”

Biden said assault weapons and high-capacity magazines should once again be banned and that loopholes in background checks should be closed.

“It will save lives,” he said of the House-approved legislation. Senate Majority Leader Chuck Schumer, D-N.Y., said he would bring the bills to the floor, but their fate is uncertain in a tightly split Senate. 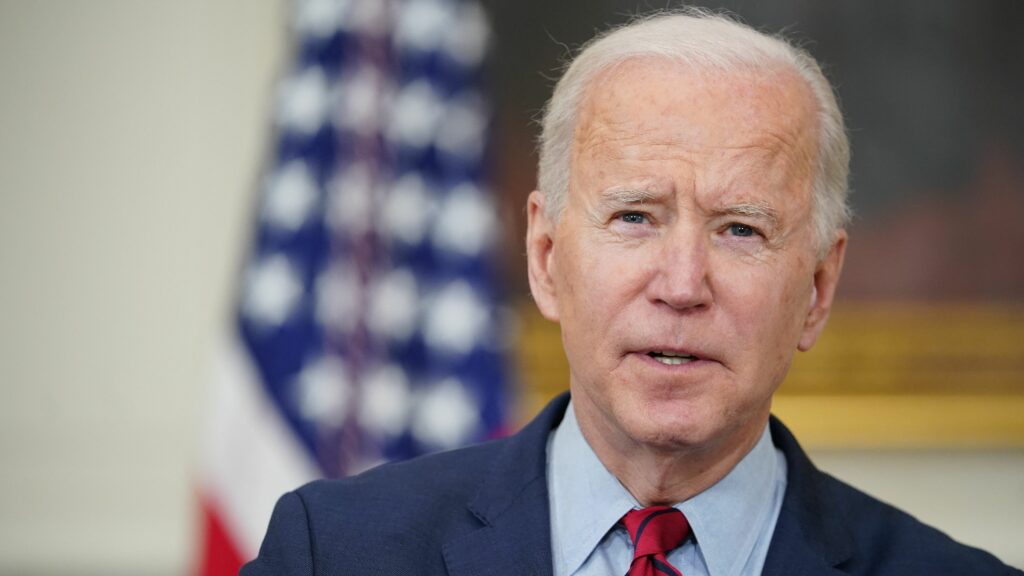 President Biden speaks about the Colorado shootings in the State Dining Room of the White House on Tuesday, March 23, 2021.
CREDIT: Mandel Ngan/AFP via Getty Images

Biden’s remarks come a day after 10 people, including a police officer, died in a shooting in a grocery store in Boulder. Police identified the victims on Tuesday, ranging in age from 20 to 65. They also said suspect Ahmad Al Aliwi Alissa, 21, of Arvada, Colo., is in custody.

The president has been receiving regular updates on the shooting, the White House said, and has directed that flags be flown at half-staff through Saturday.

Biden also spoke about the bravery of Officer Eric Talley, 51, who was the first on the scene.

“When he pinned on that badge yesterday morning, he didn’t know what the day would bring,” Biden said. He added, “He thought he would be coming home to his family and his seven children, but when the moment to act came, Officer Talley did not hesitate in his duty, making the ultimate sacrifice in his effort to save lives. That’s the definition of an American hero.”

The violence follows shootings last week in the Atlanta area, where a gunman opened fire at three spa and massage businesses. Eight people died, including six women of Asian descent, prompting an amplified outcry against rising violence and discrimination against Asians and Asian Americans.

“Whatever the motivation [for the shooting], we know this, too many Asian Americans walking up and down the streets are worried,” Biden said last week. “They’ve been attacked, blamed, scapegoated, harassed, they’ve been verbally assaulted, physically assaulted, killed.”

Earlier this month, the House passed a pair of bills to strengthen gun laws, including expanding background checks. Lawmakers are holding a hearing Tuesday as the country enters a new cycle of debate over gun control. Still, a narrowly divided Senate is a major roadblock to passage in that chamber.

They pushed to expand background checks for gun sales and ban more types of guns, but the measures failed to pass Congress.

Former President Barack Obama released a statement of his own Tuesday, saying, “It is long past time for those with the power to fight this epidemic of gun violence to do so.

“It will take time to root out the disaffection, racism and misogyny that fuels so many of these senseless acts of violence. But we can make it harder for those with hate in their hearts to buy weapons of war,” he said. “We can overcome opposition by cowardly politicians and the pressure of a gun lobby that opposes any limit on the ability of anyone to assemble an arsenal. We can, and we must.”