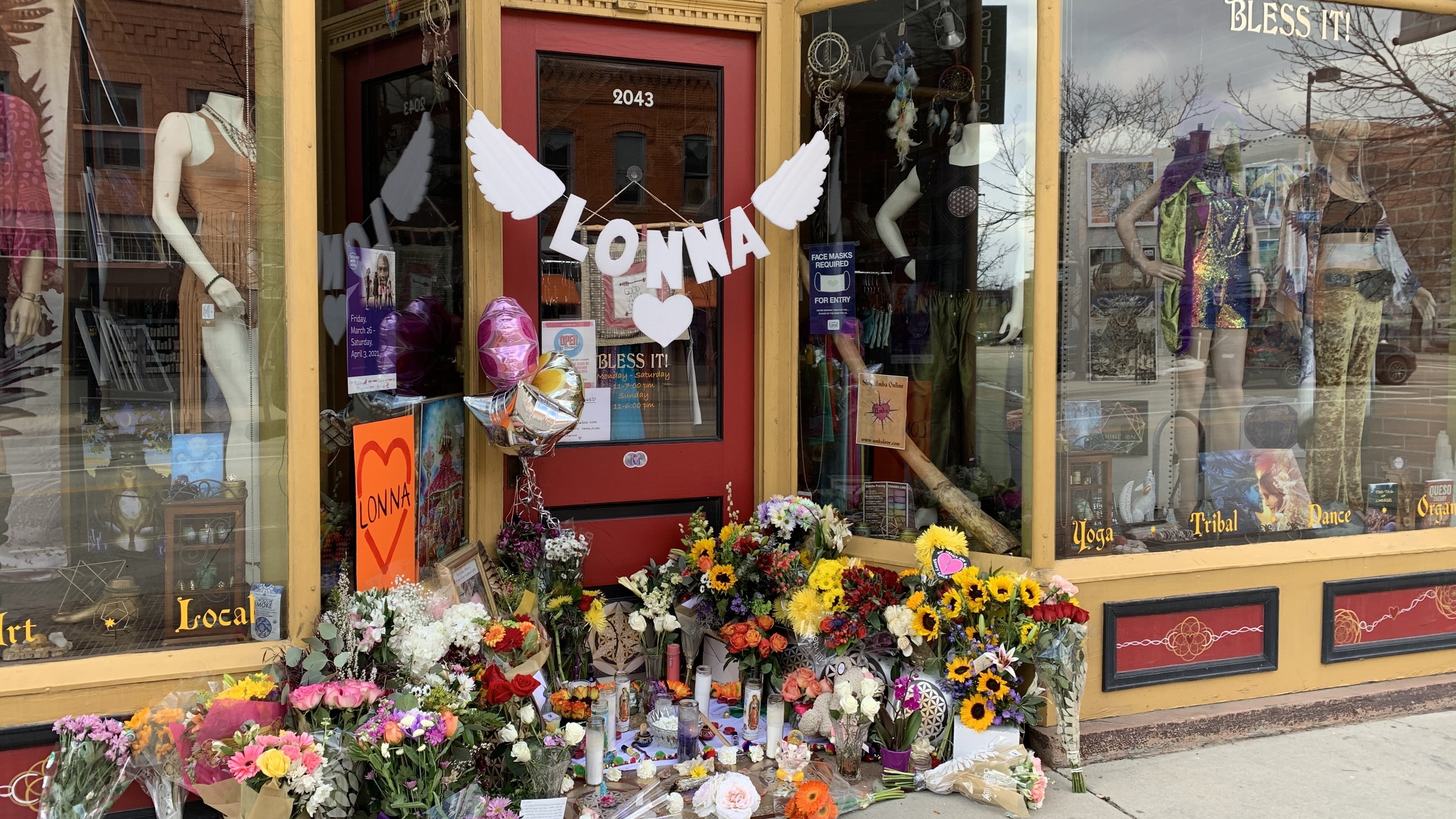 Why Boulder Is Trying To Keep The Focus On Victims, Not The Shooter

As police in Boulder, Colo., search for a motive in Monday’s mass shooting that left 10 dead, community leaders are trying to keep the focus on victims and the needs of their families, not the alleged gunman.

In front of the downtown Boulder clothing store Tralona Bartkowiak co-owned with her sister, there is a growing memorial of flowers, candles and handmade signs.

Bartkowiak is said to have been filling a prescription on Monday when she was killed. 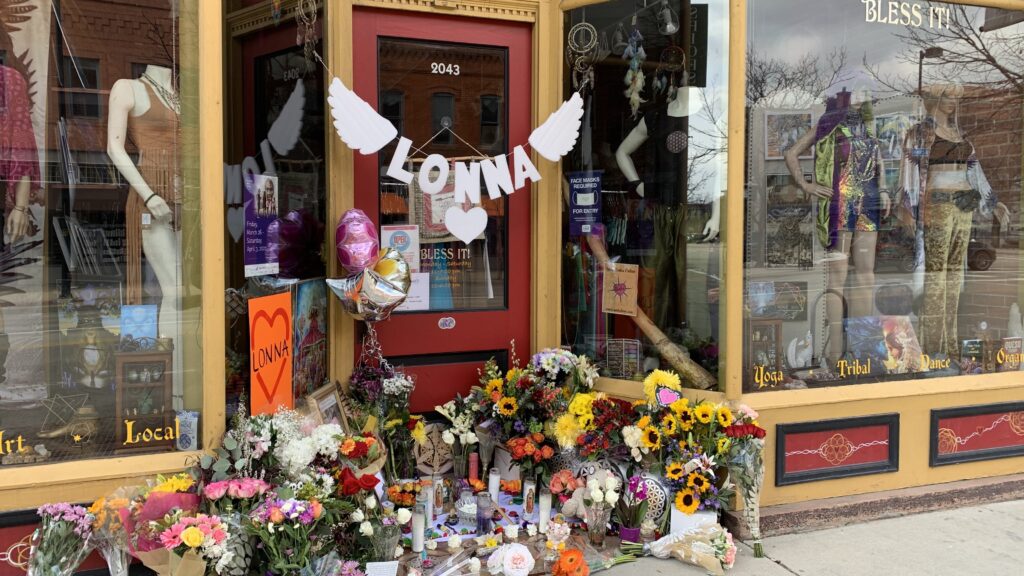 A makeshift memorial in front of a downtown Boulder store that shooting victims Tralona Bartkowiak co-owned with her sister.
CREDIT: Kirk Siegler /NPR

“She was so warm and generous,” says Susan Williams, who did business with Bartkowiak’s store, Umba. The store also sold yoga accessories and global artisan crafts, a nod to Bartkowiak’s love of traveling the world.

“She was a blessing and she made us feel very important,” Williams adds.

Williams is as distraught and puzzled as anyone in Boulder, the college town of 100,000 people at the doorstep of the Rocky Mountains, but she said now is not the time to focus on what the motive could have been.

Boulder is famously one of the country’s most liberal cities, and walking its streets, there are plenty of people who are angry and want more gun control. But the mood is also one of resignation, that once again nothing may change nationally. Instead, many here say the best thing to do right now is to support the victims and their families.

“Of course the grieving process takes time, but we need to put our arms around them so they can get through this process,” says Boulder city councilwoman Junie Joseph.

She says she’s been thinking a lot about how there’s so much attention on the gunman in the aftermath of mass shootings. Researchers have drawn a connection — which goes back to Columbine — that mass shooters can become idolized and inspire more violence.

“It would be much easier to direct our anger toward this person who’s going through the justice system,” Joseph says. “While at the same time, neglecting the people who are living and suffering who need our help.”

She contends that the survivors will need help and support long after most of the news media are gone and the rest of the country’s attention moves elsewhere.

Boulder has had its fair share of troubles lately: the deadly pandemic, devastating floods, wildfires, and now a mass shooting, just blocks from the University of Colorado campus and the city’s renowned climate and federal research labs.

“You see it happening everywhere, and then it’s happening in your backyard and it really makes it personal,” says Jason Lustbader, who heard the gunshots while working from his home near the King Soopers grocery store on Monday. 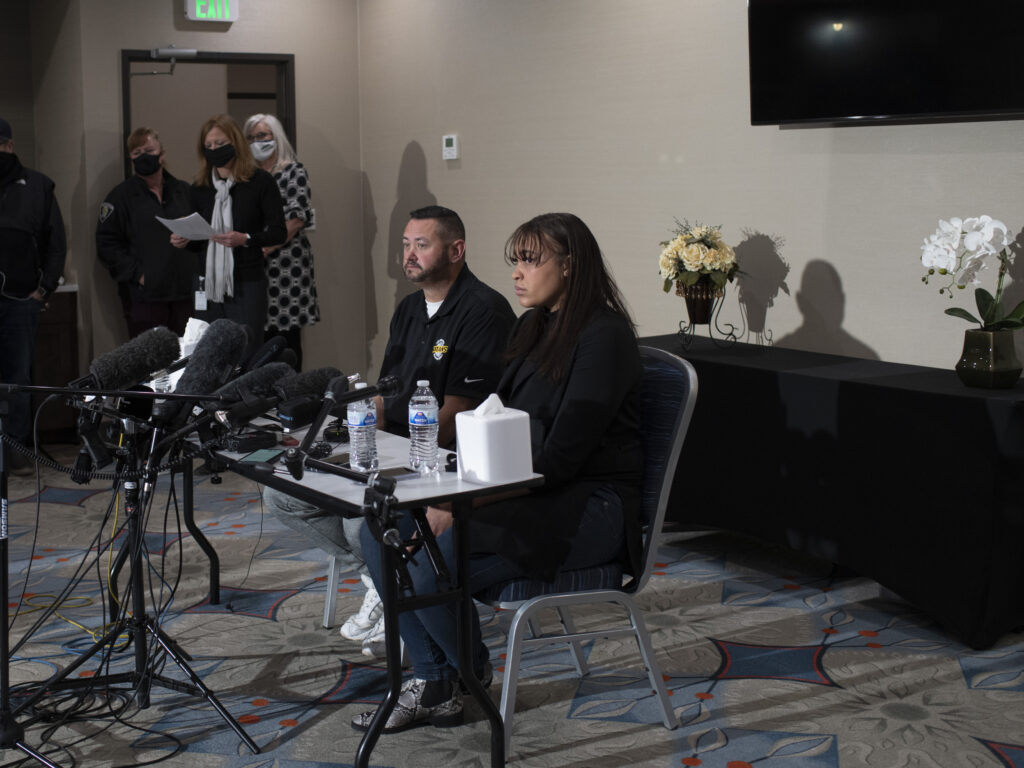 Robert Olds, uncle to Rikki Olds, and Carlee Lough, co-worker and friend to Rikki, sit in front of the media during a press conference in Boulder earlier this week. Rikki Olds was one of 10 killed during the shooting at King Soopers on Monday. CREDIT: The Washington Post/The Washington Post via Getty Images

There are photos of the victims. To help keep the focus on them, local officials here assigned media liaisons to each of the families, even taking the extraordinary step of organizing press conferences if they want to talk.

This week, Robert Olds choked back tears as he remembered his niece, 26-year-old Rikki Olds. “Rikki was the light of our family,” he says.

She was working her afternoon shift at the King Soopers when the gunman opened fire. Robert says she was a free spirit.

“You never knew what color her hair might be or what new tattoo she’d have,” he recalled with a smile, adding that her life goal was to help others.

“There’s a hole in our family that won’t be filled,” he says. “We try to fill it with memories, but it’s tough.”

To Olds, Boulder’s support for the victims has been overwhelming. Some neighbors recently turned up unannounced outside the family’s home for a candlelight vigil.