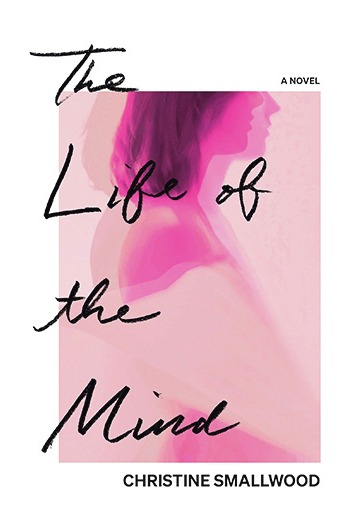 The opening scene of Christine Smallwood’s sharp debut novel, The Life of the Mind, finds her main character, Dorothy, locked into the stall of a public bathroom. Dorothy spends a lot of time locked in bathrooms. She’s having a prolonged miscarriage, and is spending long intervals every day sitting and thinking on the toilet.

By profession, Dorothy is a thinker: she’s a graduate student in literature, stuck, as she acknowledges, in “adjunct [professor] hell.” She teaches up to four courses a semester at an elite university, all the while trying — and failing — to make progress on her dissertation, which, appropriately, happens to be about “female confinement and the Gothic novel.” Here’s Dorothy ruminating over her stuck position in life:

Last fall there had been six job openings in her field. This fall there had been none. The hiring climate had dried into a dust bowl. She couldn’t go on like this, she knew, but she couldn’t not go on. She vaguely recalled a time when wanting to do the job she had trained for did not feel like too much to want. Now want itself was a thing of the past. She lived in the epilogue of wants.

The Life of the Mind is about endings that dribble to a close, the inexorable erosion of dreams, the slow leak of youthful buoyancy. It’s about being young-ish at a time in history when it feels like many things might be fading away, including the natural world. The great accomplishment of Smallwood’s taut novel is that while it is, indeed, about all those grim subjects, it’s also one of the wittiest, most deliciously farcical novels I’ve read in a long time.

‘The Life of the Mind,’ by Christine Smallwood

Much of the humor here is rooted in the claustrophobic world of academia where everyone vies to be the Big Fish in a shrinking and unsustainably fetid pond. Dorothy had once been a rising star, thanks to a published essay on Daphne du Maurier’s Rebecca, but after a decade in grad school she’s gone stale, even as she can’t imagine what else to do.

Which brings us to the extended comic highlight of this novel: the academic conference. Smallwood’s genius is to take this professional ritual of cutthroat networking and jargon-encrusted performative presentations and set it in Las Vegas. If a career in academia — especially in the humanities — is a crap shoot, what better site for a conference than this landscape of slot machines and empty spectacle?

Dorothy, as ever, tries hard to have a smart take on Las Vegas, yet the city’s pleasure loving mindlessness defeats her. At the interminable conference, Dorothy runs into her dissertation advisor, a manipulative diva who’s the reason why Dorothy has sought out the services of not one, but two therapists, simultaneously — one of whom, of course, has a podcast.

Dorothy also stumbles into her old grad school boyfriend, who, when they were together, had a kinky predilection for whispering Frank O’Hara poems into, well, not her ear. As I once heard the mystery novelist and humorist Lisa Scottoline say, if it doesn’t make you wince, it’s not funny. Wince-inducing moments thicken the pages of Smallwood’s inventive novel.

So, too, do literary allusions. A degree in the humanities may not be enough to get Dorothy a tenure-track job but it’s undeniably helpful in terms of getting some of the jokes here that involve references to Samuel Beckett, George Eliot’s Middlemarch, and the work of one of America’s first doomsday prophets, Jonathan Edwards.

The Life of the Mind isn’t anti-intellectual; it doesn’t disparage Dorothy’s erudition, acquired by years of hard work, and it certainly doesn’t exalt the vacuity of Vegas as a symbol of happiness. Instead the novel takes aim at the kind of reflexive critical thinking that’s never turned off: Dorothy over-analyzes everything from doorknobs to stuffed animal toys and makes herself, to paraphrase Hamlet, sick with thought. If only she could she could learn to laugh sometimes, as this vastly entertaining novel of ideas encourages us readers to do, her narrow world might expand.