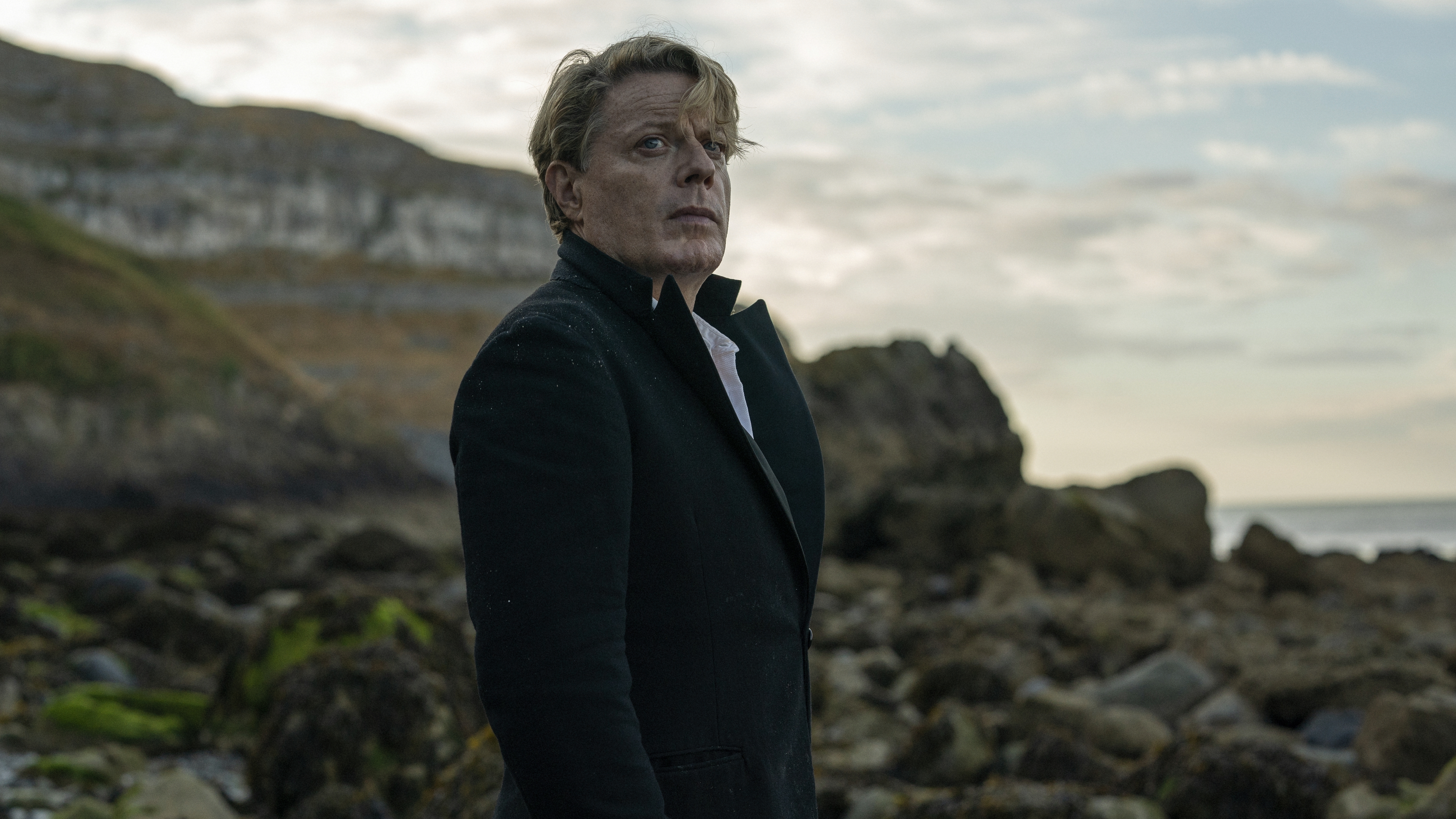 Eddie Izzard, the wildly-admired and inventive comic, was in a museum in the British resort town of Bexhill-on-Sea, where she spent much time as a child, when historians showed her an old badge from the Augusta Victoria school for girls in the 1930’s. There was a Union Jack on the crest — and a Nazi swastika.

It planted an idea that has become a film; Six Minutes to Midnight, starring Izzard, Dame Judi Dench, Jim Broadbent, and Carla Juri. Izzard says Bexhill-on-Sea has an aristocratic history and at one time, an astonishing number of schools — including the Augusta Victoria school. 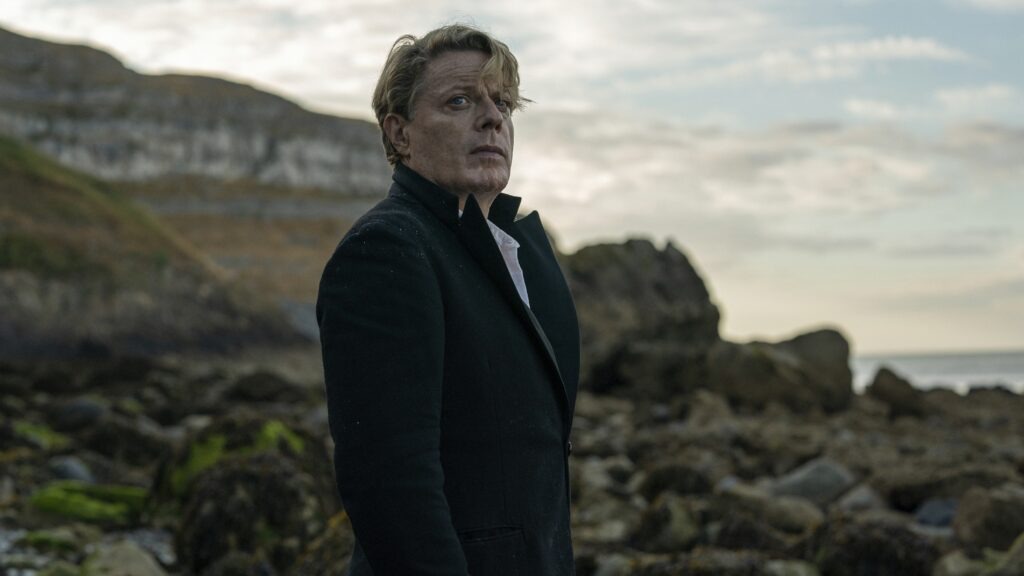 Eddie Izzard co-wrote the script for Six Minutes to Midnight, and stars as half German, half British teacher Thomas Miller.
Courtesy of IFC Films

“German girls came over to learn English, get to know the British aristocracy,” she says. “It was a Nazi leaning school that had the Nazi swastika in their emblem, as you mentioned, as well as the Union Jack. And they were trying to make friends, Hitler was trying to make friends with the English because some of the English were into the Nazis, and his idea was that they would be part of the Aryan super race and go on — probably under his jurisdiction — into some sort of future that was a Nazi world. And that’s what we based our thriller on top of.” The thriller parts of the story are artistic license, Izzard adds, “But the story of the school being there is absolutely true.”

On playing the half German, half English teacher Thomas Miller

I think it’s interesting, the idea that he’s half British, half German, you know — the Germans don’t trust him, he’s half British. The British don’t trust him, he’s half German. He’s kind of like a representative from the modern audience there, who just wants the world to work and not fall into this Armageddon that it’s about to get into. He comes into the school. He’s a teacher. But then you find that things aren’t exactly what they seem.

On the challenges of being a standup comedian writing a screenplay

It is quite different. And my standup, I don’t even write. I sort of develop it from ideas and kind of riff on it, kind of in a jazz way, until I’ve got a piece that works. And so story structure, characters, how they interact, I knew I had to get on top of that and develop an ability in that. And I also needed to work with other writers, and working with my other collaborators we pushed it to this place. And having the head of the school being a Nazi-sympathetic Englishwoman, the idea was why don’t you pitch to Judi Dench? And Judi kind of wants to do roles that she’s not expected to do. So she was up for doing it. And that’s how we got to that position.

Hopefully Hitler is revolving in some trench just above Hitler’s bunker in fact, because everything that he stands for, I am absolutely against. Absolutely against the extreme right wing who we thought had gone away in 1945. But of course, those ideas stuck around and those people just went quiet. And then future generations, as you’ll know in your country, my country, the extreme right still is around and they have this simple thing of, why not use lying as a tool of politics? And right wing politicians use it all the time, and they seem to be back in fashion. So … that was scary back in the 1930s, and as we head towards the 2030s, I’m trying to encourage people head forwards. I am gender fluid. I am doing marathons and performing gigs in different languages and my standup.

On performing in other languages

Not all languages, but specifically French, German and Spanish. And I want to add Arabic, because I was born in an Arabic country, and Russian, I want to add those as well. I feel you won’t get through to the French unless you’re performing in French. The Germans for the history, two world wars when we were on the opposite side, Russian to thank them for … the Russian people. It wasn’t Stalin, it was Zhukov, General Zhukov and the Russian people who helped us. Without them, we wouldn’t have won the Second World War.

At a time when a number of right wing politicians around the world are saying separate, nationalism, pull back, let’s go back to when everyone hated each other, who do you want to hate, well, come up with something to feed the hate with. I’m saying now, the rest of us are saying, no, make more connections, even stronger connections than before. Go to other people in different countries and say, what are you doing? Can we learn from you? Can you learn from us? And how could I put my money where my mouth is? Well, I’ll do gigs in those languages, and prove that humor is in fact human and not national.

This story was edited for radio by Barrie Hardymon, produced by Samantha Balaban, and adapted for the Web by Petra Mayer