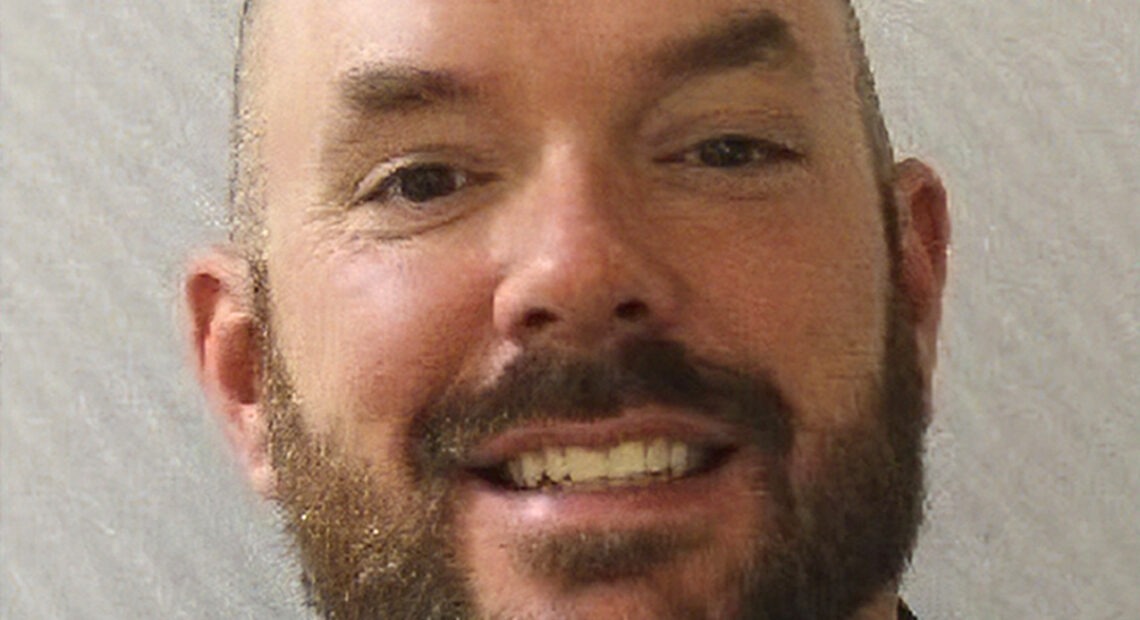 One U.S. Capitol Police officer is dead and another is hospitalized with injuries after an apparent attack Friday at a Capitol checkpoint in which a man rammed his car into officers and lunged at them with a knife, police said.

Capitol Police identified the slain officer as William “Billy” Evans, an 18-year veteran of the force.

Evans began his service on March 7, 2003, acting Capitol Police Chief Yogananda Pittman said in a statement, and he was a member of the Capitol Division’s First Responder’s Unit. No other details were given.

The other police officer is in “stable and non-threatening condition,” Capitol Police said. 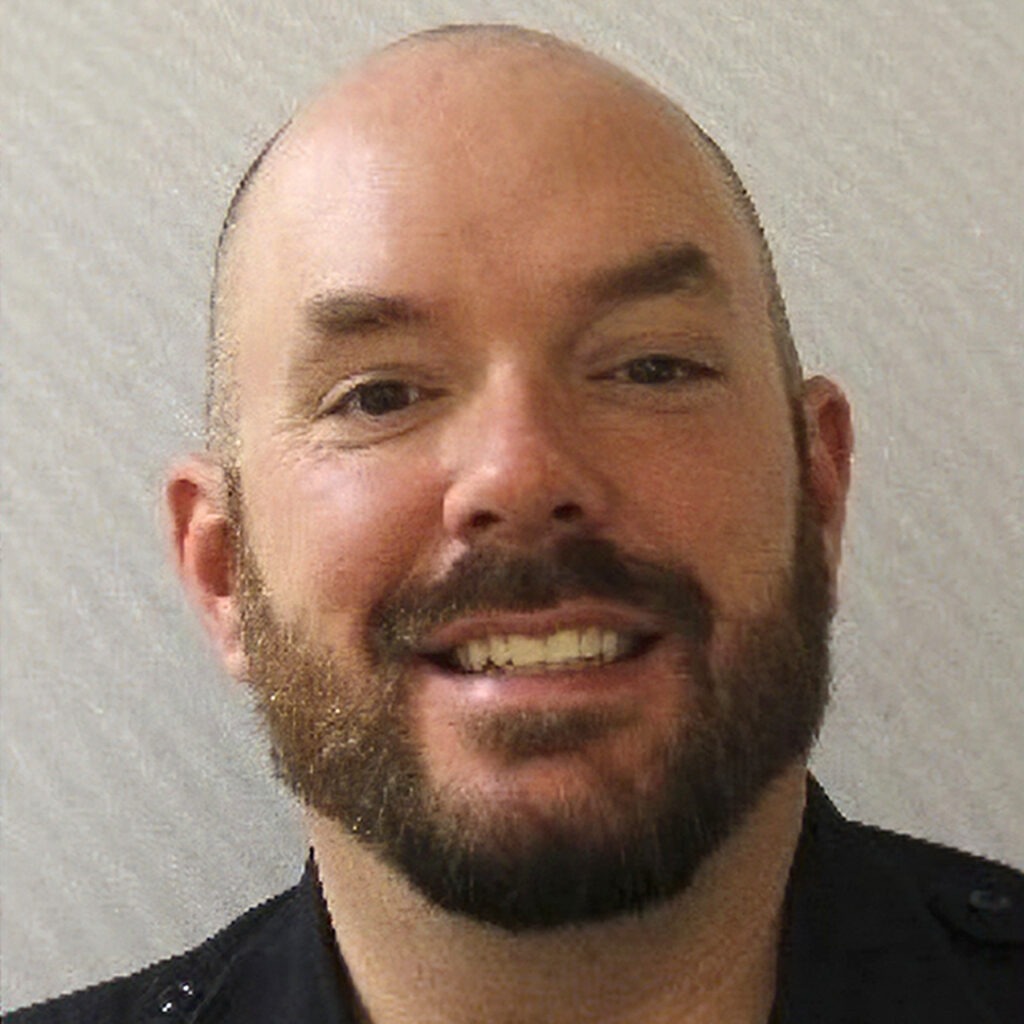 NPR has not independently confirmed the identity of the suspect, who has since been pronounced dead. He entered the north barricade of the Capitol just after 1 p.m. ET, ramming his car into two officers and then crashing into a barrier, Pittman said at a briefing.

Officers engaged the suspect, she added, but he did not respond to verbal commands. He exited the vehicle and began “lunging” toward police with a knife visible in his hand, at which point officers fired their weapons, killing the suspect.

Little is known about the suspect or possible motive, authorities said, as the investigation remains in its early stages.

Pittman said Capitol Police did not have the suspect on file, so there is at present no indication that “there’s any nexus to any member of Congress.”

Video from reporters at the scene posted on Twitter appeared to show a car that had crashed into a barrier. In the videos, at least two people were carried on stretchers into waiting ambulances.

The Capitol was placed under lockdown amid what Capitol Police described as “an external security threat.”

No entry or exit was permitted, and police said: “If you are outside, seek cover.”

Capitol Police tweeted just after 3 p.m. that it had cleared the “external security incident” at all U.S. Capitol campus buildings but said the area around the scene would remain restricted.

The attack occurred as the House and Senate were in recess, though both buildings have staff – and reporters — working inside. Several lawmakers took to Twitter to share thoughts and prayers for those at the Capitol as the situation unfolded.

President Biden was in Camp David in Maryland at the time of the attack, according to the White House. He released a statement saying he was “heartbroken,” expressing the nation’s gratitude to the Capitol Police and announcing he had ordered flags at the White House to fly at half-staff. 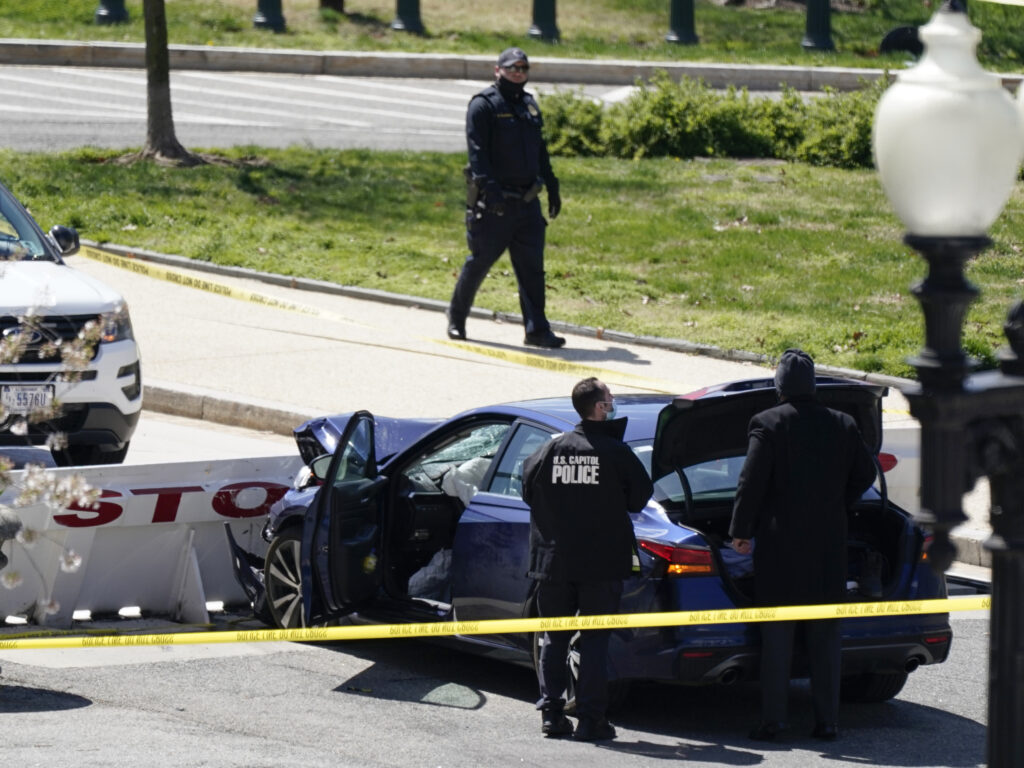 Capitol Police officers stand near a car that crashed into a barrier Friday on Capitol Hill.
CREDIT: J. Scott Applewhite/AP

A statement from the Washington, D.C., Metropolitan Police Department said: “A call came in at approximately 1:05 pm to the unit block of Constitution Ave, NE, for the report of a possible shooting.” Washington police provided no other details.

The FBI’s Washington Field Office said it had “responded to an incident at the U.S. Capitol” and is providing support to Capitol Police.

Attorney General Merrick Garland “has been briefed on the incident … and is actively monitoring the situation,” Anthony Coley, a Justice Department spokesman, said on Twitter.

Friday’s attack comes less than three months after the Jan. 6 riot that exposed serious flaws in the Capitol’s security apparatus.

Temporary fencing erected around the Capitol’s outer perimeter was removed late last month, though it remains in place closer to the building. The crash occurred at an access checkpoint to the Capitol.

Capitol Police have said that a reduced perimeter will stay up while it works with “congressional stakeholders and law enforcement partners to strengthen our security posture.”

NPR congressional correspondent Claudia Grisales reported of concern among lawmakers from both parties about the prospect of making the fencing permanent.

Pittman noted that it has been an “extremely challenging year” but said the force’s “security posture at this time remains the same.”