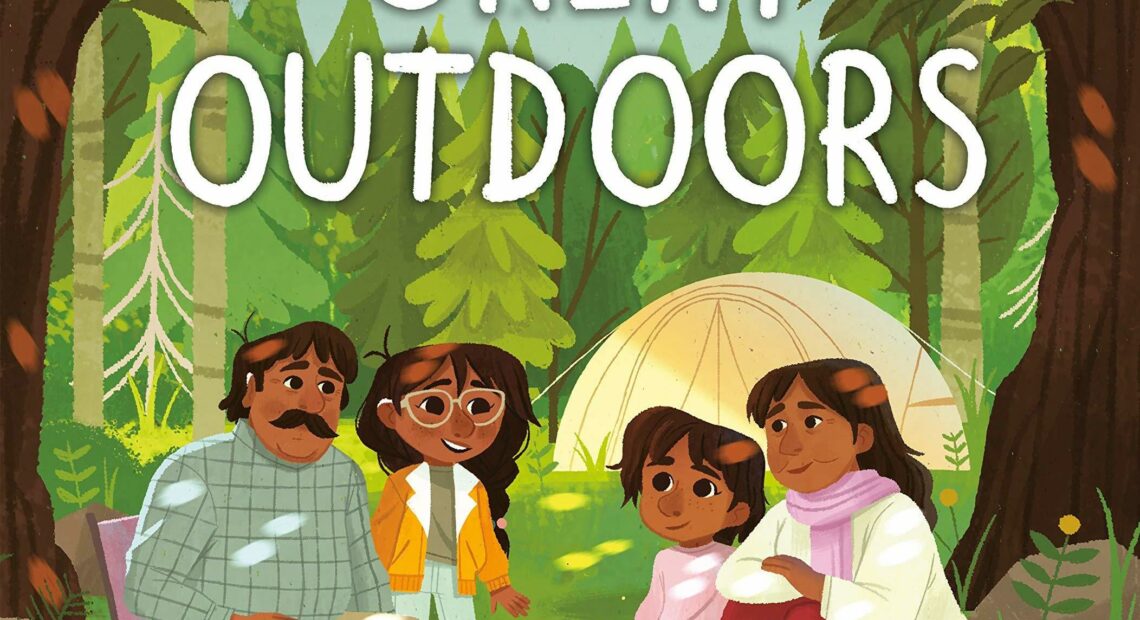 Fatima Khazi is having a hard time at school — she’s in a new country, in a new city, her classmates make fun of how she speaks, they wrinkle their noses at the way her food smells, and on top of all that, she isn’t doing well in her classes. But Fatima is thrilled to escape for the weekend and go camping with her family.

Ambreen Tariq’s new children’s book, Fatima’s Great Outdoors is a story about an Indian immigrant family’s first time exploring the outdoors, and it’s as much a story about curiosity and adventure as it is about trying to assimilate as an immigrant in this country. Tariq says Fatima’s story is her own story. “Every moment in that book is real. Every snippet, every story.”

Tariq says that just like Fatima, she once asked her father for halal beef bacon so they could eat like other families on a camping trip.
Kokila

Tariq’s family moved from India to Minnesota during harsh winter months when she was just eight years old, and transitioning to a new life in a new country was challenging. She says she had a desire to fit in and be like everybody else. “I think this is a very universal immigrant feeling … And that really is Fatima’s experience.” While Fatima’s family might have sung Mohammad Rafi’s Hindi songs on the car ride to the campground, and eaten samosas along the way, Fatima makes her father promise that they will eat bacon for breakfast, “just like the other American families.” Tariq recalls begging her own parents to get beef bacon from the Halal butcher for their family camping trips growing up. “And yes, it was just a small thing when it comes to bacon … But for Fatima it’s a very big deal. It’s a moment where she feels like she’s doing it. She is actually camping like everybody else and enjoying it.”

Tariq says that while nature is central to cultures throughout the world, “America has its own unique way of doing it. It’s very categorized.” According to the National Park Service’s most recent 10-year survey, 77 percent of those who visited the country’s 419 national parks were white. A lack of diversity in outdoor spaces is one of the reasons Tariq was compelled to write this book and start an online community called “Brown People Camping.” 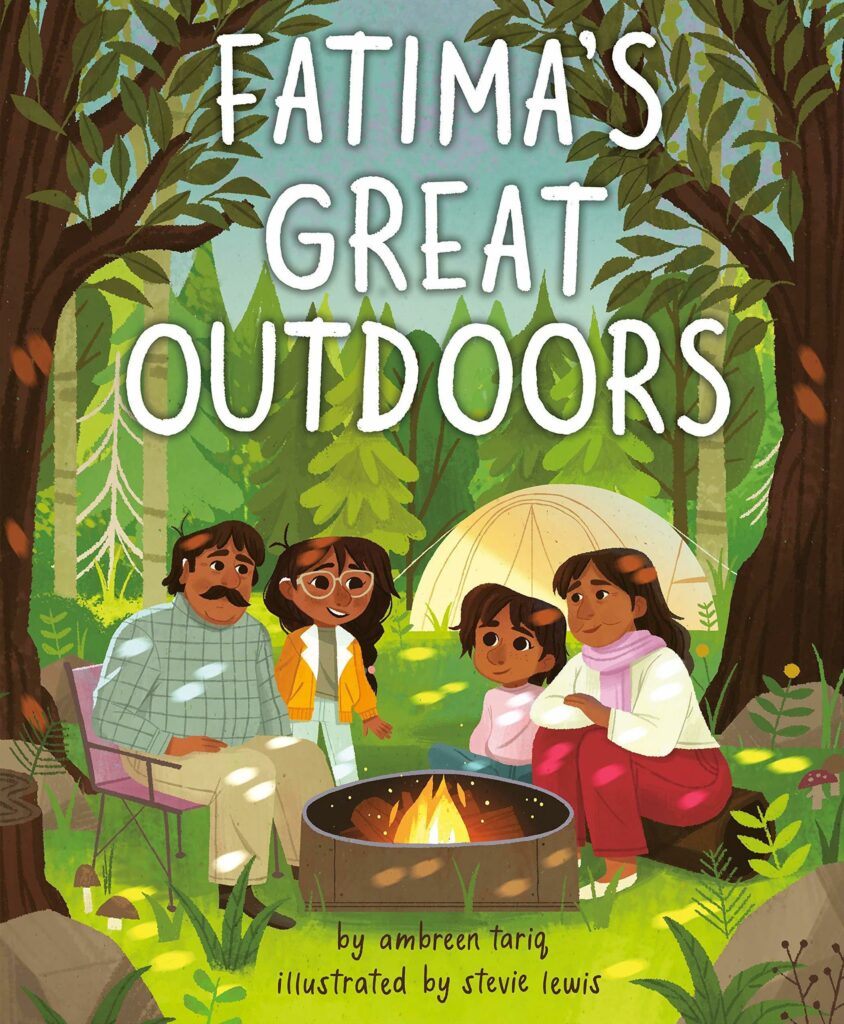 She says there are many complex reasons that America’s outdoor spaces are primarily occupied by white people, like financial barriers to acquiring gear and outdoor know-how. “But there’s also a very deep and dark history in this country around feeling confident and safe being in remote places.” She cited the fact that many national parks sit on stolen Native American land, or that Black people have historically faced violence in the woods. And for immigrants, she says, imagery like “Confederate flags and other things that happen in remote places” may signal that people of color aren’t safe or welcome in such places. “All of those reasons aside, this book is about saying, get out there, find your joy, find your safe space, build your community and do it the way you love it, because the outdoors is for everyone.”

Tariq says she hopes more children of all backgrounds get the chance to experience the outdoors as she did. “For me and for Fatima what happens in that shining little moment when they enter that campground, it is just about them being curious and having fun.” She says for children like herself who didn’t have a privileged upbringing, that exposure can be especially formative. “When we went camping, we used to rent bikes, we would ride around the campground, we would meet strangers, we would meet other little kids and become sudden friends. We would go swimming in the lake. That’s not what our life was like when we were latchkey kids, came home, let ourselves in, made dinner for ourselves. You know, ‘don’t ever open the door. Don’t talk to a stranger.'” 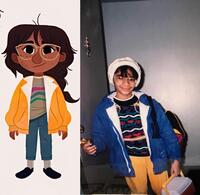 This photo of a young Ambreen inspired the creation of Fatima.
Courtesy of Ambreen Tariq

While having parents with multiple jobs meant growing up quickly, in many ways, camping was just the opposite for Tariq. She hopes Fatima’s Great Outdoors encourages more families to engage with nature in a meaningful way. “Other immigrant kids, other kids in general, especially city kids, could benefit from [nature] so much because it opens up another part of your mind and heart. It allows you to be curious. And a type of confidence that’s not really allowed on a daily basis. And that changes someone.”

This story was edited for radio by Patrick Jarenwattananon and adapted for the Web by Jonaki Mehta and Petra Mayer.