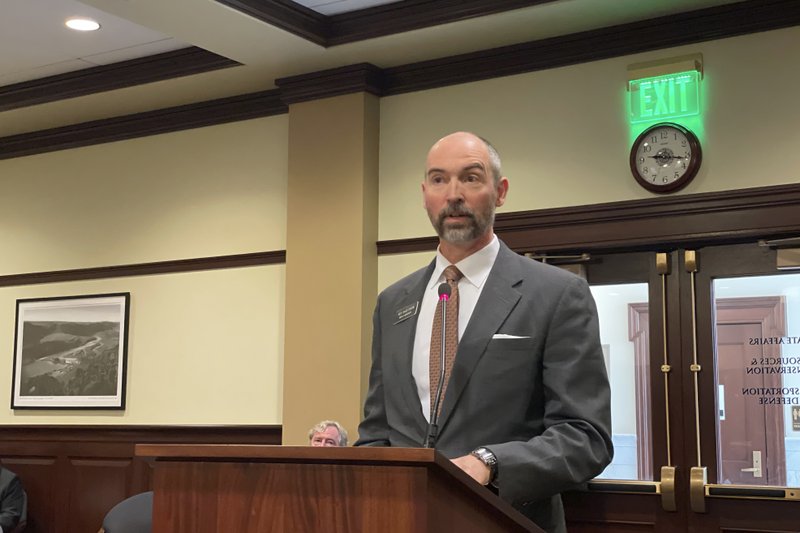 The House State Affairs Committee on a voice vote sent the bill to the full House for possible amendments after the bill’s sponsor, Republican Rep. Sage Dixon, said it needed several changes.

Political experts say such legislation is popular in conservative states such as Idaho but faces big obstacles in overturning federal actions. The Idaho attorney general’s office in an opinion requested by Democratic Rep. Chris Mathias said the bill could lead to situations that violate the Idaho and U.S. constitutions.

After the committee meeting, Dixon said he fully expects court challenges stemming from the legislation if it becomes law. But he said the deliberative process involving committee hearings and the Legislature approving specific actions would give Idaho a better chance of winning those court battles.

“A lot of this will end up in court; I’m sure of that,” he said. “This is us flexing our muscles as a state that we need to do. And it is a growing argument throughout many states in the U.S., so I think we’ll see this popping up more across the country.”

The legislation allows any member of the state House or Senate to make a complaint to the leader of the House, Senate and co-chairmen of the Committee on Federalism concerning executive orders, acts of Congress, federal court rulings and other federal actions.

Dixon co-chairs the federalism committee and would help handle those complaints. He is also chairman of the Federalism and International Relations Task Force at the American Legislative Exchange Council, or ALEC. It’s a group of conservative lawmakers that develops model bills that its members can introduce in their own state capitols.

Within 15 days of receiving a complaint, the Idaho federalism committee’s co-chairmen would survey members to determine whether the complaint has merit.

If the Republican-dominated committee finds the federal action is outside what it considers federal authority, a public hearing would have to be held within 30 days of that decision.

After the hearing, the committee would prepare a report to the Legislature, creating an avenue for lawmakers to create and pass legislation that backers of the bill say would make the federal action or court ruling “null and void.”

Additionally, the legislation says that once the committee convenes, no state agency can take any action guided by the federal action or court decision until the committee makes a determination.

The legislation isn’t clear if that prohibition remains if the committee determines the federal government has overstepped its authority. As written, that could last indefinitely even if the full Legislature doesn’t act.

Dixon said one of the amendments he plans would supply an end date and fix that problem.

He said another amendment would prevent complaints about existing federal laws or actions as a way to prevent lawsuits over established law the state could lose. But the federalism committee could still examine them with that ultimate goal in mind. New federal actions could be put on hold should there be a complaint to the committee.

“A lot of my concern is executive orders,” Dixon said. “I think we’ve placed too much attention upon the office of the president, and it shouldn’t be that way.”

The opinion by Idaho Deputy Attorney General Cory M. Carone dated March 19 — the same day the Legislature went into recess due to a COVID-19 outbreak among House members — said the legislation wasn’t necessarily unconstitutional on its face, but lawmakers actions based on it could be.