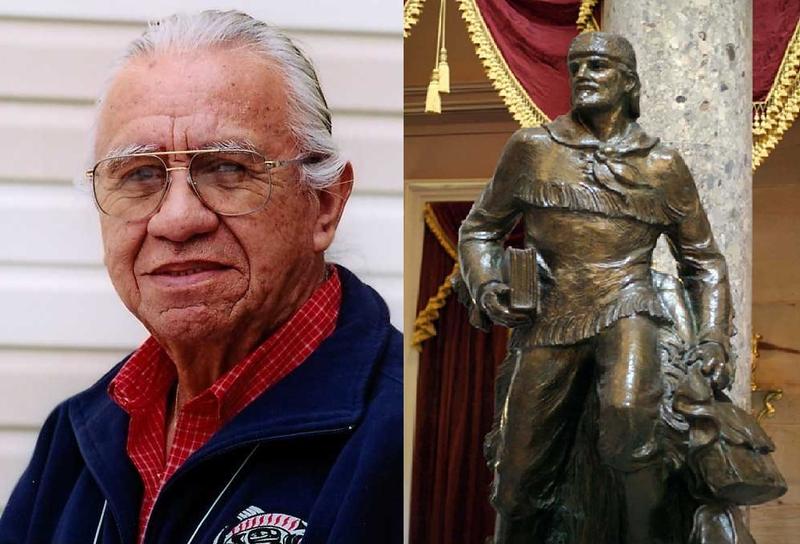 A measure to honor the late Billy Frank Jr. with a statue at the U.S. Capitol cleared the Legislature Monday.

On a 44-5 bipartisan vote, the Democratic-led Senate approved the bill that seeks to replace Washington’s Marcus Whitman statue in the National Statuary Hall Collection with a statue of Frank, a Nisqually tribal member who championed treaty rights and protecting the environment. The House approved the measure last month. It now heads to the desk of Gov. Jay Inslee for his signature.

The National Statuary Hall Collection features 100 statues, with each state contributing statues of two notable deceased residents. Washington’s current honorees are Whitman, an Oregon Trail pioneer and missionary, and Mother Joseph, a Catholic nun who founded hospitals and schools after arriving in the state from Canada in the mid-1800s.

Under the measure, Inslee must write to the Joint Committee on the Library of Congress by Sept. 30 to request they remove the Whitman statue and replace it with a statue of Frank. The Billy Frank Jr. National Statuary Hall Selection Committee — created under the bill passed by the Legislature — will act on behalf of the state in carrying out the replacement process.

The measure also requires the governor to coordinate with Walla Walla County, the site of the Whitman Mission established by Marcus Whitman, to carry out the relocation and transfer of ownership Whitman statue.