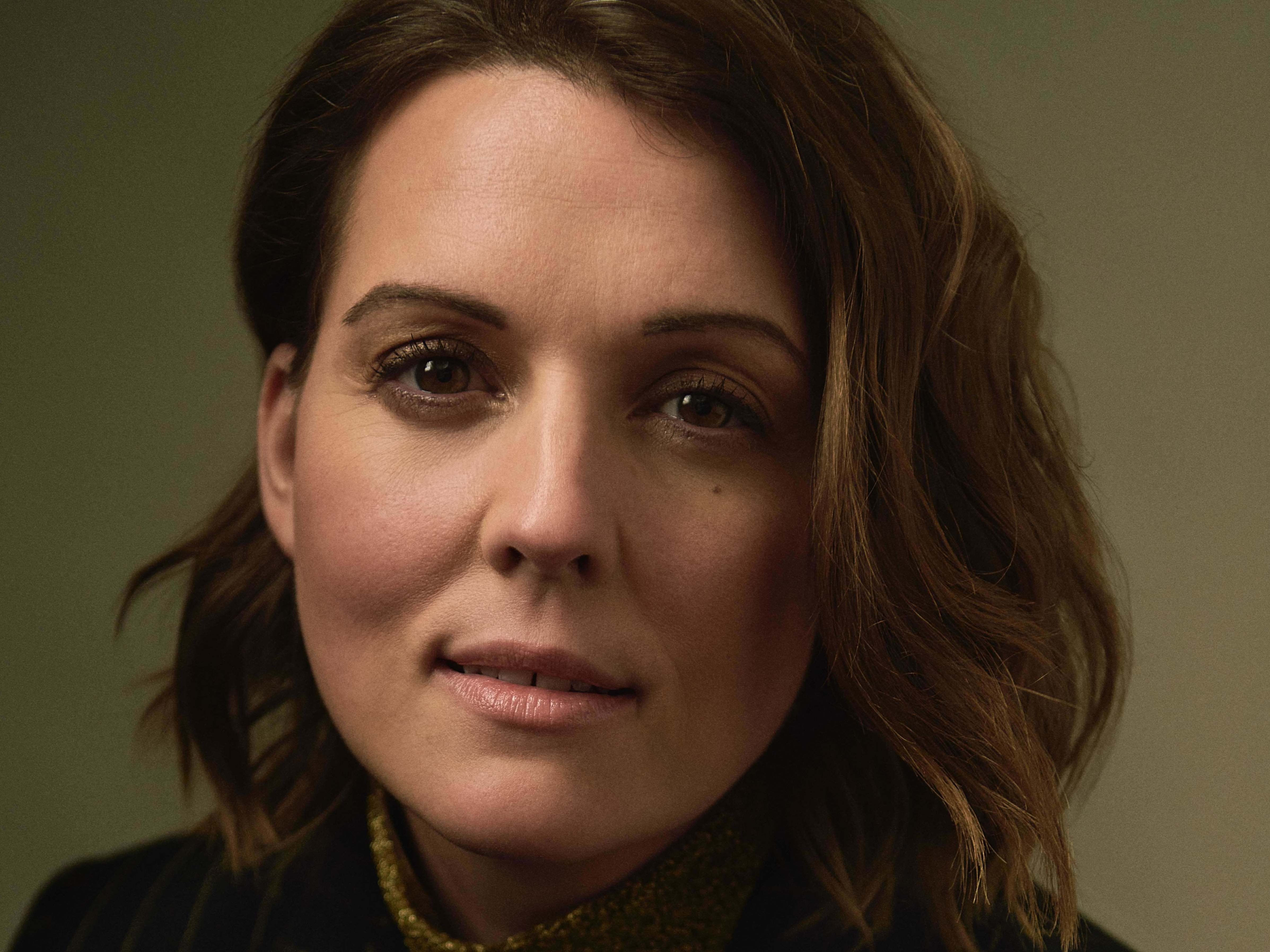 Growing up poor in Washington state, singer-songwriter Brandi Carlile learned about harmony and rhythm while performing as a backup singer for a friend’s dad, who worked as an Elvis impersonator.

“It was pretty interesting education to be on the backside of the stage looking at audience faces,” Carlile says. “I learned the things that they react to, how a smile is contagious. … And I remembered thinking, standing back there in my poodle skirt going, ‘Actually, I want to be that dude.’ ”

But life at home was hard. She says her father was addicted to alcohol and she felt like a misfit. A turning point in her life came when her Southern Baptist church refused to baptize her because she’s gay.

“It made me rethink where God was: Was God in this church? Was God in these people? … Or was God maybe in places I had yet to go, like in music, or outside of my town, out on the road, out of my house,” she says. “I had, at that point, never even been on an airplane before. So it’s when I knew that it was time for me to seek beyond my station.”

Carlile traces her path to country stardom in the new memoir, Broken Horses. To date, she’s won six Grammys, including back-to-back wins for best country song in 2020 and 2021. Her 2019 song with the Highwomen, “If She Ever Leaves Me,” is written from a queer point of view. Carlile says she was excited by how well-received the song was.

“Queer people love country music, and we’re kind of in the closet about that, I think, sometimes as a community,” she says. “But we love country music. We just don’t think that it’s going to open its doors to us. And when it does, it’s wildly satisfying.”

On nearly dying from meningococcal meningitis when she was 4

I have really detailed abstract memories of that time. I remember really specific things, kid things, that you’d think a kid would remember, like what kind of toys I was given and what kind of food I ate and certain interactions with certain adults. But a lot of it is just based on what I’ve been told throughout my life. … I felt a little bit too in tune with how adults feel and how adults walk through the world, as opposed to how a child thinks adults walk through the world. …

The fallibility that gets exposed when you realize that your parents don’t have any control over whether or not you live or die — [it] is not something you’re supposed to really realize until you get a lot older. So from the get I had that realization, because I saw my parents react, understandably, to me being a sick kid. I saw parents that thought they were going to lose their child, and those parents, they cry and they react. And it’s scary because you sort of need to see your parents as these pillars and protectors. And that was a glimpse that I got into the fact that that might not be so, and it had a lasting impact.

I think I took it real seriously. And I think that it was something that I told myself really often. And I believed it. And that gave me a sense of specialness. And I think it’s nice when you’re poor, when you don’t have a lot and you struggle for a lot of reasons of being different, but you have a sense of specialness. … I think it really helped me move in the direction that I moved in as an artist and as a person. … It gave me a sense of a faith in God that’s unshakable by the whims of culture, by politics, by people … or by organized religion — by church specifically. 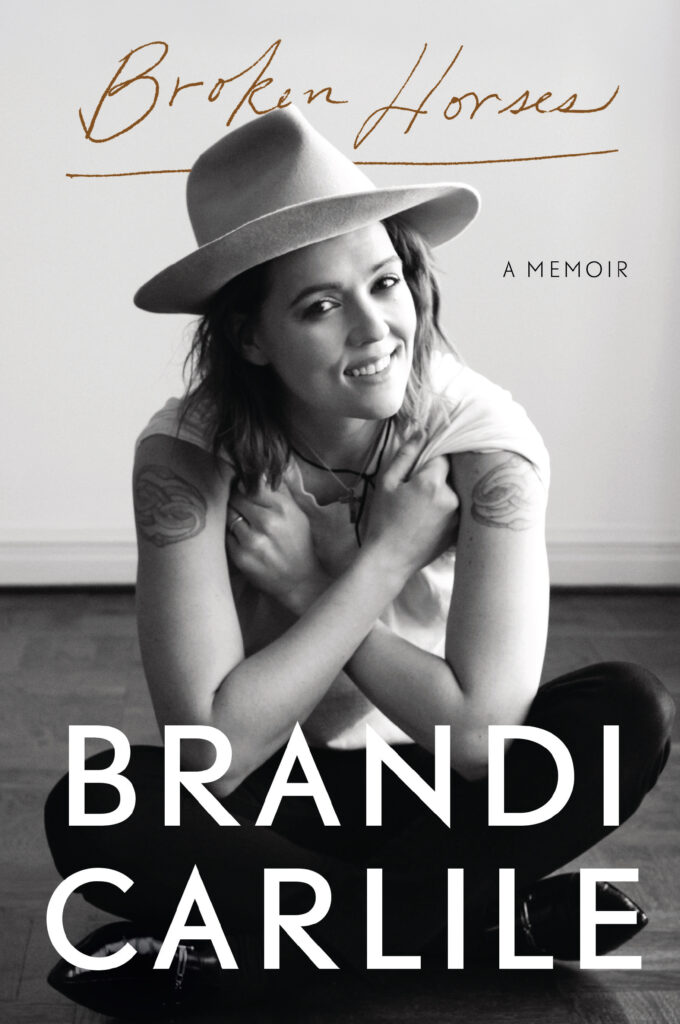 At the time, we were moving a lot. Our dad was the sickest he’d ever been in his alcoholism. We were both failing every class. I was in special education classes. [My brother’s] anxiety was out of control. And I was out of the closet at school, and that was a big deal. That’s a really big deal to be, like, 14 and out of the closet in a small town. I was the only gay person. And just as I started 10th grade, one of our moves had led us into an address change that would have put me in a whole new school district for the first time in a long time. And I was like, I can’t do this again. I cannot come out of the closet in a new place. And I’m so behind. I just want to be in my band, and I just can’t show up here anymore. And so we dropped out of school on the same day at the same time and continued our parents’ legacy of dropping out of school. It was not a beautiful moment in our adolescence.

On making music with the Hanseroth twins, Tim and Phil

It would be really hard to meet the twins and not see a turning point in them. They have a charisma and a work ethic and a magicalness that is just instantly apparent to anyone that meets them. And I can’t tell you how often, like, as their friend, I have witnessed the effect that they have on people. So I know that’s the effect they had on me. ...

On building a community — and living with them on her compound

I started bringing in allies, people to help hold me up, help me walk through the world. I don’t like being alone. … I can’t do it for one day. If my wife’s, like, “I got to go somewhere with the kids,” or “We’re going to go see so and so,” and I got to be alone, I just start calling friends to see who will come and spend the night with me. And it’s not because I’m afraid. … I’m embarrassed to say it, because I think that we look at people who can’t be alone as deficient in some way, but to me, it almost feels like anything that happens when you’re alone just didn’t happen. Like, food isn’t great and jokes aren’t funny and music isn’t groundbreaking and nothing feels right to me alone. I think it’s just the cloth I’m cut from.

On how the pandemic made her reevaluate overworking herself

It was getting to the point around the time that the pandemic happened that I was going to start seeing diminishing returns. You know, I was going to start veering into old patterns. I was going to start getting sick. I was gonna start getting tired, getting hurt. And then that brings in the subject of synthetic things like sleep aids and stuff that I’ve had problems with in the past. And the pandemic, it kind of forced me to sit and confront the things that were keeping me on that treadmill and making me work, making me want to work that hard, and where sort of ambition and avoidance intersect. So it was a real study. And can I sit still and should I sit still more? And I think the answer to this is a resounding yes, I should sit still a lot more. …

As I’m sitting here and I’m looking at 40 and I got my kids and I got my wife and I have some of the affirmation that I always wanted around my music, and now I’ve written this book. I think I’m starting to really feel sort of solid and loved in my world. Like maybe I’ve kind of finally found my place.

Sam Briger and Thea Chaloner produced and edited this interview for broadcast. Bridget Bentz, Molly Seavy-Nesper and Meghan Sullivan adapted it for the Web.