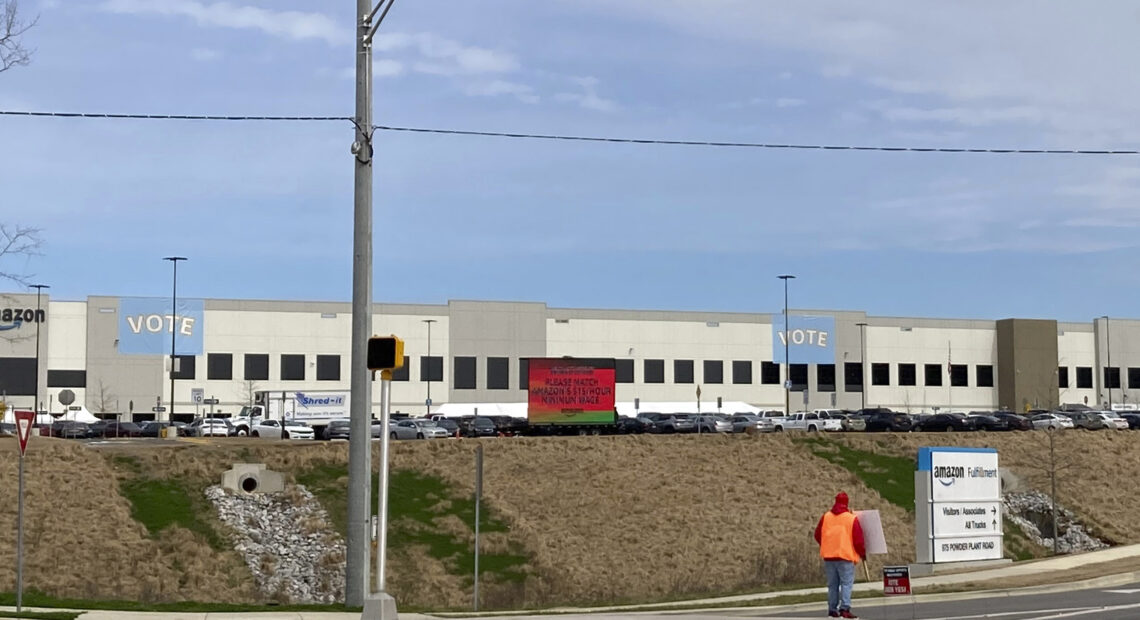 Amazon warehouse workers in Alabama will not be forming a union.

The vast majority of votes cast by Amazon’s workers in Bessemer, Ala., were against joining the Retail, Wholesale and Department Store Union in a stinging defeat of the union drive. The final tally showed 1,798 votes against unionizing and 738 votes in favor of the union.

That means Amazon has withstood the largest union push yet among its U.S. workers despite celebrity endorsements, including implied solidarity from President Biden. Building on years of successfully fighting off labor organizing, the company avoided the prospect of its first unionized warehouse in America. 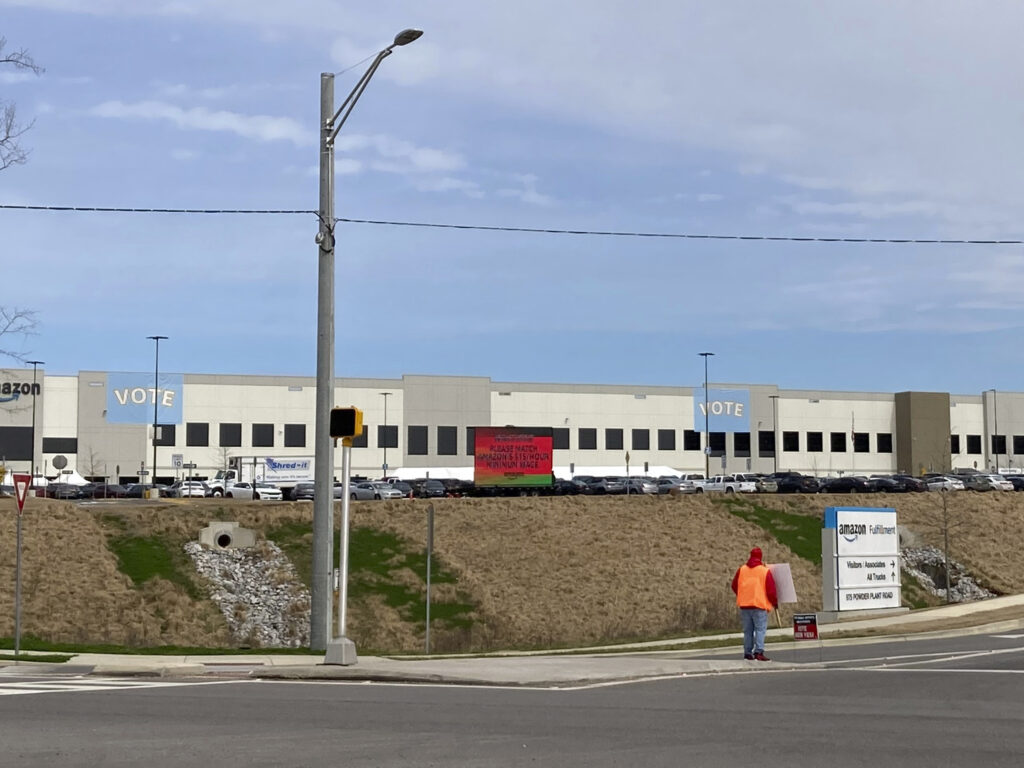 Workers at Amazon’s facility in Bessemer, Ala., held a historic vote on whether to form the company’s first warehouse union. CREDIT: Bill Barrow/AP

The retail union is now filing a legal challenge to the election and charges of unfair labor practices against Amazon. It’s requesting a hearing by the National Labor Relations Board “to determine if the results of the election should be set aside because conduct by the employer created an atmosphere of confusion, coercion and/or fear of reprisals and thus interfered with the employees’ freedom of choice.”

Amazon rejected the allegations Friday, adding in a statement: “Amazon didn’t win — our employees made the choice to vote against joining a union.” Nearly 5,900 people work at Amazon’s Bessemer facility, and more than half cast ballots in the election.

The union push in Bessemer has been the most consequential labor battle in decades. With a ballooning warehouse workforce, Amazon has grown into the second-largest private employer in the U.S., with more than 800,000 employees.

Union leaders said the vote alone prompted hundreds of new inquiries from other Amazon workers across the country. It was the first union election at an Amazon warehouse since 2014 when a small group of technicians in Delaware also voted against unionizing.

“We’re really seeing how the balance is always tipped in favor of employers,” said Rebecca Givan, a labor studies professor at Rutgers University. “Organizing a union under current labor law is extremely challenging — the odds are always stacked against you.”

In Alabama, Amazon unleashed a strong pushback, with lengthy mandatory “information sessions” and flurries of text messages to its workers. The company blanketed the warehouse with its slogan “Do it without dues.” The company argued the union was only interested in collecting workers’ hard-earned money in the form of dues, while Amazon paid $15 starting pay — far above the local minimum — and provided generous health care and other benefits.

“This particular union can’t give us anything that Amazon does not already offer,” said LaVonette Stokes, a Bessemer worker who voted against unionizing. “There are a [lot] of people who never have issues.”

At first, the Bessemer union push appeared to take Amazon — like much of the country — by surprise. Historically, unions have been a tough sell in Southern states such as Alabama. Some Bessemer workers quietly reached out to the Retail, Wholesale and Department Store Union last summer, a few months after the warehouse opened. They described grueling productivity quotas, wanting more say in how people at Amazon work, get disciplined or get fired.

The pandemic put in stark relief the stakes for essential workers. Many workers pointed out the immense wealth of both Amazon, whose profits skyrocketed during the lockdowns, and CEO Jeff Bezos, one of the richest people in the world.

The retail union mobilized an organizing support system: unionized workers around the region, many from poultry plants. Within months, more than half of Amazon staff at the Bessemer warehouse signed cards saying they wanted a union shop, prompting federal labor authorities to schedule the vote.

Several controversies bubbled up around the election, and they will likely factor in the union’s pending legal challenges.

A key one was over a new mailbox that Amazon says was installed by the U.S. Postal Service to make voting “convenient, safe and private.” But the mailbox placement inside an Amazon tent right by the warehouse prompted many workers to wonder whether the company was trying to monitor the vote. The retail union has argued Amazon’s push for the mailbox tainted the vote and went against NLRB’s directives.

Another controversy was over the timing of a red light outside the warehouse, which was shortened by the county at Amazon’s request in December. Was it to relieve traffic jams or to stop organizers from talking to workers in their cars? Amazon said it was common practice for shift changes and peak holiday season.

The result might prompt Biden and other U.S. officials to revisit the laws that give big advantages to employers, including the freedom “to bombard their employees with anti-union messages,” labor professor Givan said.