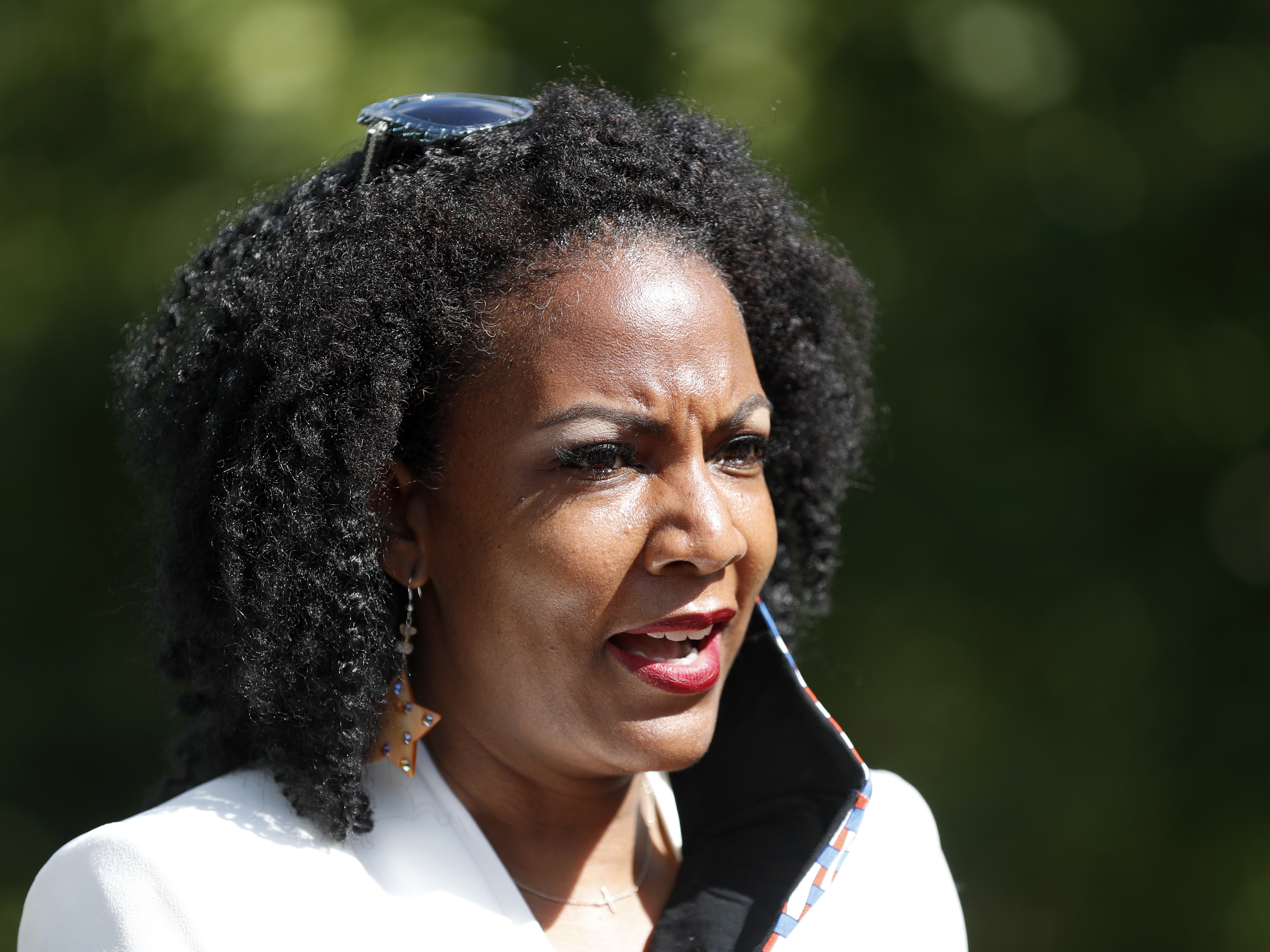 BY MICHEL MARTIN & WILL JARVIS

Amid unrest at local jails, surging gun violence and a pandemic that has disproportionately hurt people of color, Jones said race will no longer be an afterthought in the mayor’s office.

“We are done avoiding race and how it holds this region back,” she told NPR’s All Things Considered.

The current city treasurer, Jones ran on a progressive platform — calling for a “reimagining” of public safety and promising to close the Workhouse, one of the city’s pretrial detention centers that has come under fierce scrutiny for inhumane conditions. After being sworn in April 20, she intends to shut down the Workhouse within 100 days.

Mayor-elect Tishaura Jones says race will no longer be an afterthought under her incoming administration. CREDIT: Jeff Roberson/AP

In discussing her second run for mayor (Jones ran unsuccessfully in the 2017 mayoral election), she brought up her 13-year-old son. Jones recalled the two talking about what, exactly, the mayor does.

“I said, ‘The mayor is over the police and trash and firefighters,’ and named all the departments,” Jones said. “And he said, ‘Oh, you’ll be over the police? That means I’ll be safe.’ And that statement just hit me like a ton of bricks because I shouldn’t have to run for mayor in order for my son to feel safe.”

After a campaign that did not shy from conversations about race and policing, Jones is determined to bring that focus to the mayor’s office: “We have not had the opportunity to have those difficult and tough conversations about the systemic racism that permeates every policymaking decision in our region and in our city.”

In the interview, Jones was critical of the city’s police union. NPR reached out to the union for comment but did not receive a response by publication time.

The following excerpts from the interview have been edited for length and clarity.

I think our city is shifting. I definitely feel a shift in the air, and we are moving towards having these conversations. I think also our business community is keenly aware of the racism and hyper-segregation in our region that holds us back. Because there are people that I’ve met, who have relocated to St. Louis who say that, you know, “I’ve never experienced racism until I moved to St. Louis.”

I’ve also put the police union on notice several times during the campaign that they have to get rid of [St. Louis Police Officers Association business manager] Jeff Roorda if they want a seat at my table. They’re in the middle of negotiating their collective bargaining agreement. And if they want to negotiate in good faith, they cannot have him at the table because he has profited off our pain; he continues to gaslight racism in this city and in this region. We have to remove some of the bad actors if we’re going to ever move forward.

On the recent surge of gun violence in St. Louis and nationally

I also feel like poverty is one of the biggest drivers to gun violence and violence, period, in our region. So, how can we address poverty through workforce development programs, through matching people up with opportunities, and opportunities to thrive, not just survive?

On recent unrest in St. Louis jails, and her promise to close one

We have two facilities. City Justice Center downtown, as well as the Workhouse which is just in the north part of the city. And I remain committed to closing the Workhouse in the first 100 days and making sure we stabilize the situation at the jail downtown.

Now, the other part of that is making sure the U.S. attorney and our local court system, our state court system, start to move people through the system. You know, these facilities were not meant to hold people for hundreds of days. These are all pretrial detainees. The one thing we have to remember, and I’m the daughter of an ex-felon, these are people’s fathers, mothers, cousins, brothers — these are people first.

On how she’ll know whether she succeeded in the role

My north star is to build a St. Louis where everyone is able to succeed, no matter their skin color, who they love, how they worship or what ZIP code they live in, or any identity they hold. And in the St. Louis that we’re going to build, police will not be the only answer when we dial 911. Youth will be at the center of our planning. Our tax revenues are going to fix our leaky civic systems, and their government will be open to them. That’s how I know I will have succeeded.

Will Jarvis and Natalie Winston produced and edited the audio version of this story.