Youn Yuh-jung is an institution in Korean cinema. Her career spans five decades and includes starring roles in classic Korean films and famous TV dramas. Now, at 73, she has newfound fame in the U.S. for her role in the Oscar-nominated film Minari.

Youn is nominated for Best Supporting Actress, making her the first South Korean woman ever to be nominated for an Academy Award in an acting category.

“This has never happened in Korea, and I feel like I’m an Olympian competing for my country,” Youn tells NPR in a call from her home in Seoul. “It’s very stressful,” she says with a laugh. 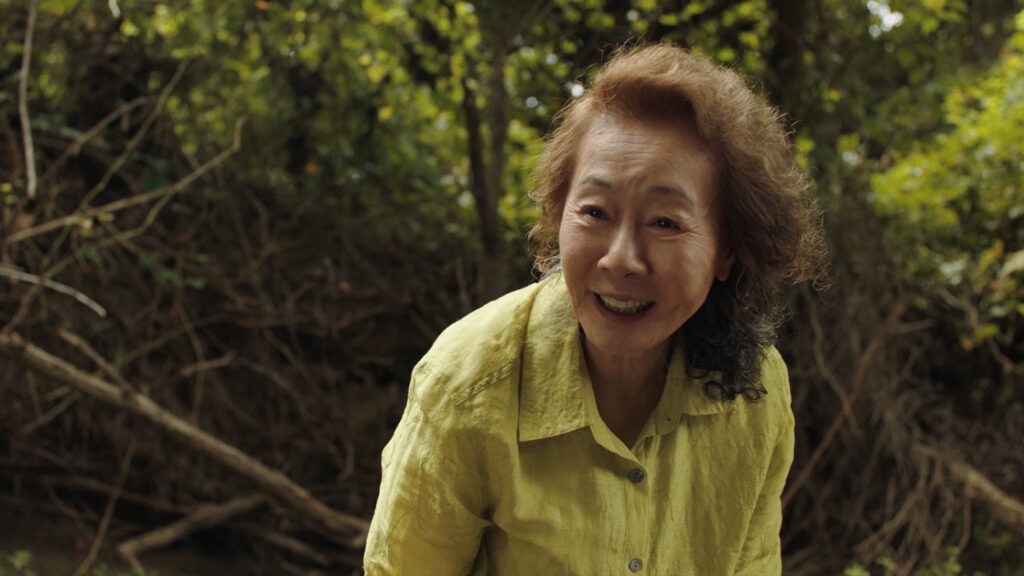 Youn Yuh-jung plays a grandmother in the Oscar-nominated film Minari. She’s the first Korean actor to be nominated for Best Supporting Actress.
Courtesy of A24

The film Minari centers around a Korean-American family that moves to rural Arkansas to start a new life on a farm. Youn plays Soonja, the grandmother who travels from South Korea to watch over her two young grandchildren.

“That character Soonja — she’s not a typical grandmother,” Youn says. Soonja is loving and lighthearted, but mischievous, too. She swears, watches pro wrestling, drinks Mountain Dew and shows her grandkids how to gamble.

“She was a widow — a Korean War widow, a single mother and a working mother,” Youn says of her character. “She likes to have some fun because she’s been through a lot. She tries to comfort [her family].”

Soonja develops a special bond with her young grandson David, played by Alan Kim. But cultivating a relationship with him takes patience. In David’s mind, Soonja isn’t a “real” grandmother — she shares a room with him and never bakes him cookies. He accuses her of wearing men’s underwear. Soonja is unfazed. In one scene, she embraces him and looks into his eyes, saying, “Pretty boy, pretty boy.” 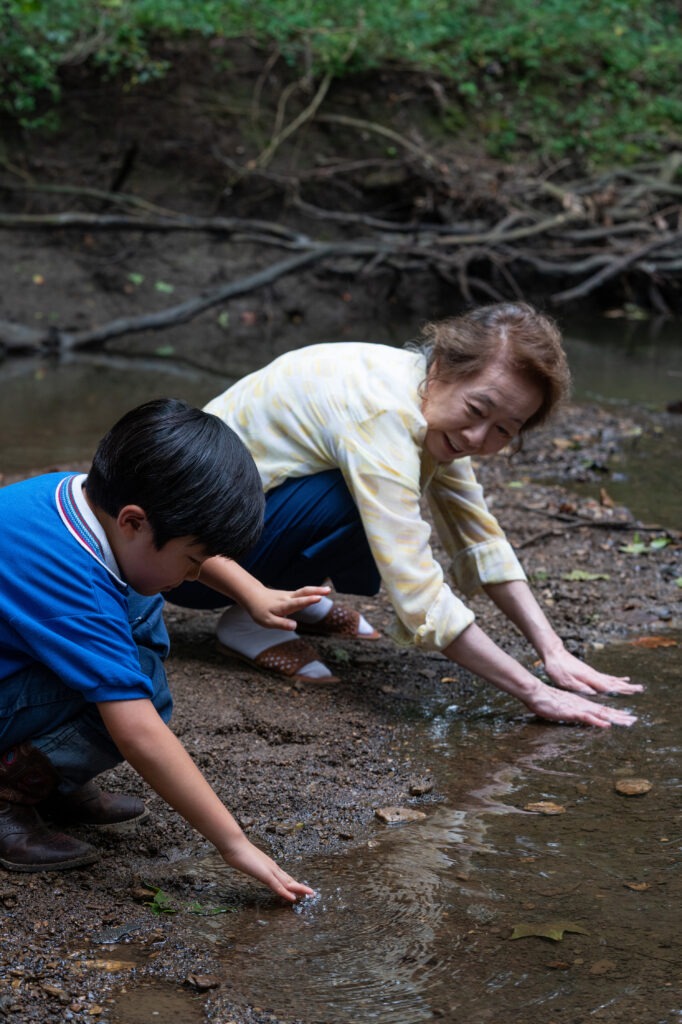 In the film Minari, Soonja develops a special bond with her grandson David, played by Alan Kim.
Josh Ethan Johnson/Courtesy of A24

David interjects: “I’m not pretty, I’m good looking!” as he storms off into his bedroom. Soonja laughs, then turns back to the TV to watch the wrestling match.

Youn says the character Soonja holds a deeper meaning in her own life. While filming, she often thought about childhood memories of her great-grandmother.

“It’s a heartbreaking story,” Youn says. “I was born in 1947, so I was maybe 3 when the Korean War started. And after the war, we didn’t have enough water, enough rice, nothing. My grandmother passed away during the wartime, and my great-grandmother happened to be alive until I was 9.”

Youn says her family had to ration supplies, and her great-grandmother would often re-use the family’s water. “To me, she was very dirty, or not hygienic. So, I didn’t like her at all. What a stupid thing [to think],” Youn says. “I didn’t like her because she’s not clean and she’d always say she’s not hungry. She would always skip lunch.”

As a child, Youn didn’t understand that her great-grandmother was skipping meals so her family could have more food. “I didn’t know that,” Youn says. “She never said, ‘I love you,’ but I realized, after I become 60 years old, all of a sudden I thought about my great-grandmother. Then I realized, ‘Oh, she was saving all the food and all the water for us. Every night, I prayed for her because I felt terrible,” she says. “I ask her for forgiveness, I was very ignorant.”

Youn says she still lives with that guilt, but says playing the role of Soonja offered a chance to come to terms with her painful memories. “I really understood this script, deeply. It connected me. The script was very authentic and very real to me, and a very genuine story to me. It was very touching. So, I said, ‘OK, I’ll do it — without any condition.’ ”