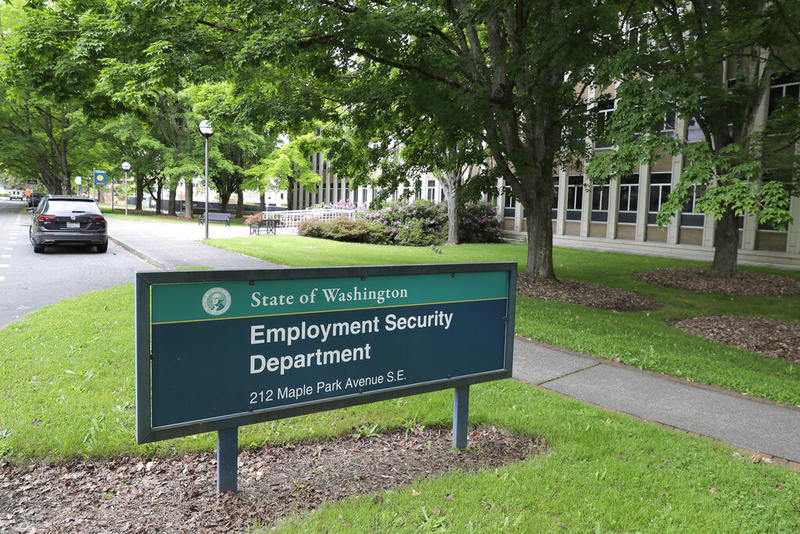 The amount of fraudulent payments of unemployment benefits distributed in Washington state during the height of the coronavirus pandemic was likely higher than the $647 million identified by the Washington state Employment Security Department, according to a new set of reports released by the state auditor’s office Tuesday.

One of the reports said the ongoing notifications from Washington residents that unemployment claims were filed with their stolen personal information “indicates the actual extent of misappropriation is greater than the Department has been able to capture so far.”

Washington is among states across the nation that were hit with fraud during the pandemic. The auditor’s office indicated that the total amount in Washington state could exceed $1 billion, but said that number can’t be confirmed until the department finishes working through questionable claims. In its written response to the reports, the department said that the higher number “represents a gross mischaracterization of possible fraud loss.”

This photo shows a sign at the headquarters for Washington state’s Employment Security Department Tuesday, May 26, 2020, at the Capitol in Olympia. CREDIT: Ted S. Warren/AP

The agency wrote that the number “constitutes a population of claims flagged for review that are in no way connected to the novel imposter fraud attack last May.”

The department says it has recovered $370 million from the fraud that hit Washington state’s unemployment benefits as the coronavirus pandemic was growing. The audit reports released Tuesday were the latest in the ongoing investigation into the agency.

The reports also showed that the department has struggled to answer customer questions, investigate suspected fraud and retrieve data from its systems.

“There are fraud prevention techniques Washington’s program could have used to lessen the impact of these schemes, but the agency’s resources also were overcome by circumstances truly beyond its control,” State Auditor Pat McCarthy said in a statement.

Washington state was among the first hit with fraudulent unemployment claims believed to be tied to a West African scam ring using identities stolen in prior data breaches, such as the massive 2017 Equifax breach.

A review by The Associated Press found that many states have failed to adequately safeguard their systems.

As of late March, the U.S. Department of Labor’s inspector general was estimating that at least $89 billion, or about 10% of the nationwide unemployment benefits paid out during the pandemic were either fraudulent or in error. The office said it had identified $4.5 billion of potentially fraudulent payments to people who used the same Social Security numbers to apply in different states or using the numbers belonging to deceased people or federal inmates.

California has been the biggest target, having distributed an estimated $11 billion in fraudulent payments and an additional $19 billion in suspect accounts as of February. Other estimates, according to AP’s reporting across the states, range from several hundred thousand dollars in smaller states such as Alaska and Wyoming to hundreds of millions in more populous states such as Massachusetts and Ohio.

Some other key findings from the state audits released Tuesday:

— The auditor’s office said there were three types of schemes in the overall fraud, with the largest portion attributed to outside criminal groups that stole personal information. Other cases involved people using their own identities to claim benefits they were not eligible for. Potential misappropriation by employees of the department are being investigated, and a report on that will be released when that investigation is complete, the audit said.

— Until the imposter fraud became evident in mid-May, software tools the department used to identify suspicious claims did not run until the day after the agency made payments on many of those claims.

— Since late fall of 2020, the department’s call center has only been able to handle a small share of the calls from people seeking answers on their claims. This is a concern with another wave of claims expected following additional federal COVID-19 relief funds.

The first audit released in December found that changes in the department’s internal controls made the program more vulnerable to fraud, including the elimination of the “waiting week,” which is the time the department typically would use to verify eligibility for benefits. As a result, benefits were paid before eligibility was verified.

The auditor’s office reports noted that the department has taken steps to restructure and expand its fraud program as well as hire more staff to address customer service concerns.

“No single narrative can capture the complexity of what happened over the past year, and yet with the benefit of hindsight the Department and its partners may continue to learn and adapt to this new reality,” department officials wrote in their response to the report.