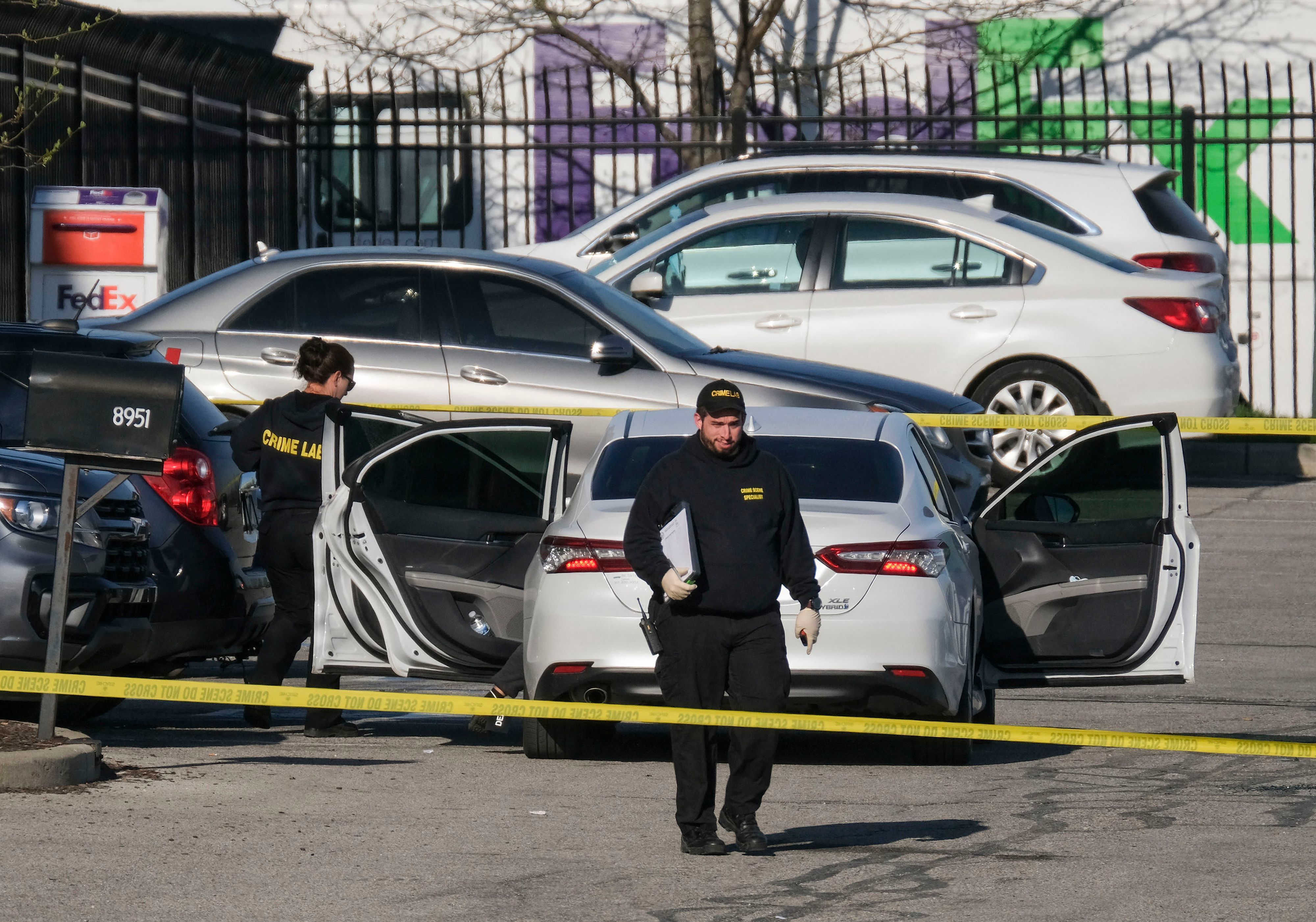 A man opened fire inside a FedEx warehouse facility late Thursday night in Indianapolis, killing eight people and injuring several others. The suspect is believed to have shot himself and is among the nine dead, according to police.

The Indianapolis Metropolitan Police Department said in a statement that eight people were pronounced dead at the scene.

Additionally, “preliminary information from evidence at the scene is that the alleged shooter has taken his own life,” police said.

Five others with injuries “consistent with gunshot wounds” were transported to local hospitals for treatment, and two victims were treated at the scene, the statement said. 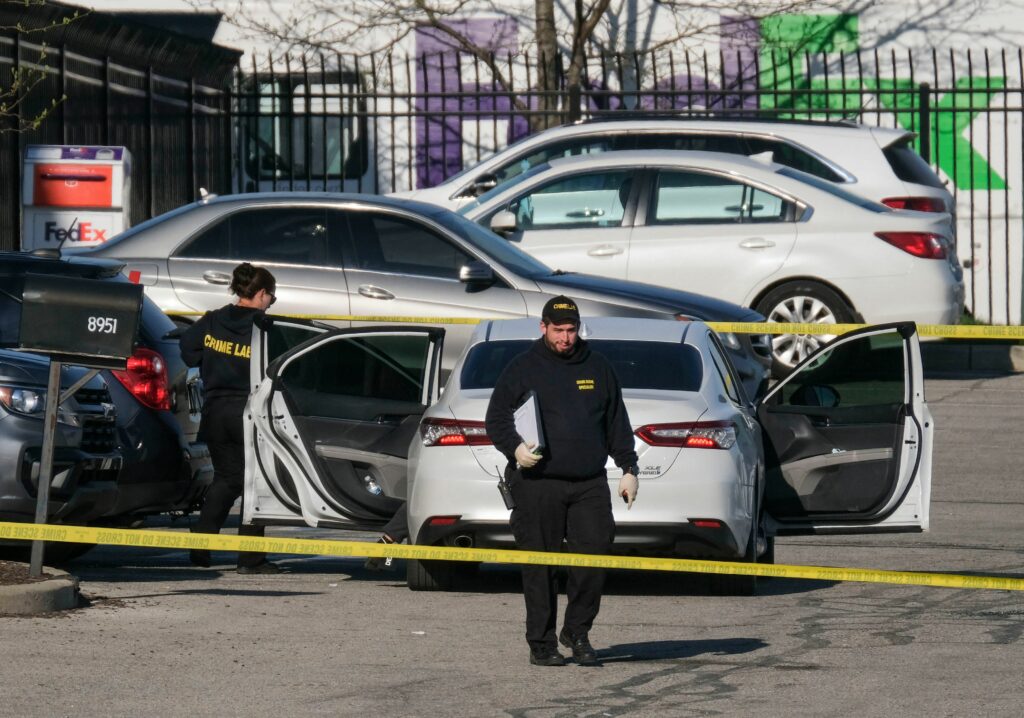 Crime scene investigators walk through the parking lot of a FedEx facility in Indianapolis on Friday. A gunman killed at least eight people and injured several others.
CREDIT: Jeff Dean/AFP via Getty Images

Genae Cook, public information officer for the Indianapolis Metropolitan Police Department, told reporters at around 1 a.m. Friday that officers responded to the warehouse shortly after 11 p.m. following reports of gunshots. As officers arrived, they came upon an active shooter, she said.

She called the situation “very heartbreaking” and said officers “went in and they did their job. And a lot of them are trying to face this because this is a site that no one should ever have to see,” Cook said.

Police have not identified the shooter or said whether he was an employee at the facility. “We’re still trying to ascertain the exact reason and cause for this incident,” Cook said.

Interstate 70 near the airport was temporarily closed Thursday night in both directions as police responded to the scene of the shooting.

In a statement to NPR, FedEx said it was “deeply shocked and saddened by the loss of our team members following the tragic shooting at our FedEx Ground facility in Indianapolis.”

“Our most heartfelt sympathies are with all those affected by this senseless act of violence. The safety of our team members is our top priority, and we are fully cooperating with investigating authorities,” the statement said.

It’s unclear how many workers were on duty at the time of the shooting.

A witness said he was working inside the building when he heard a series of rapid gunshots.

“I see a man come out with a rifle in his hand and he starts firing and he starts yellin’ stuff that I could not understand,” Levi Miller told WTHR-TV. “What I ended up doing was ducking down to make sure he did not see me because I thought he would see me and he would shoot me.”

Jeremiah Miller, who was about to start the second half of a double shift at the FedEx facility when the shooting took place, told WISH-TV that he and a co-worker, Timothy Boillat, heard up to 10 shots.

Miller said he saw a man with what he described as “a submachine gun of some sort, an automatic rifle.”

Boillat told the TV station that he “didn’t exactly see a person get shot but, after hearing the shooting, I did see a body on the floor behind a vehicle.”

“Luckily, I was far enough away where he (the shooter) didn’t notice me or see me. So, thank God for that,” he said.