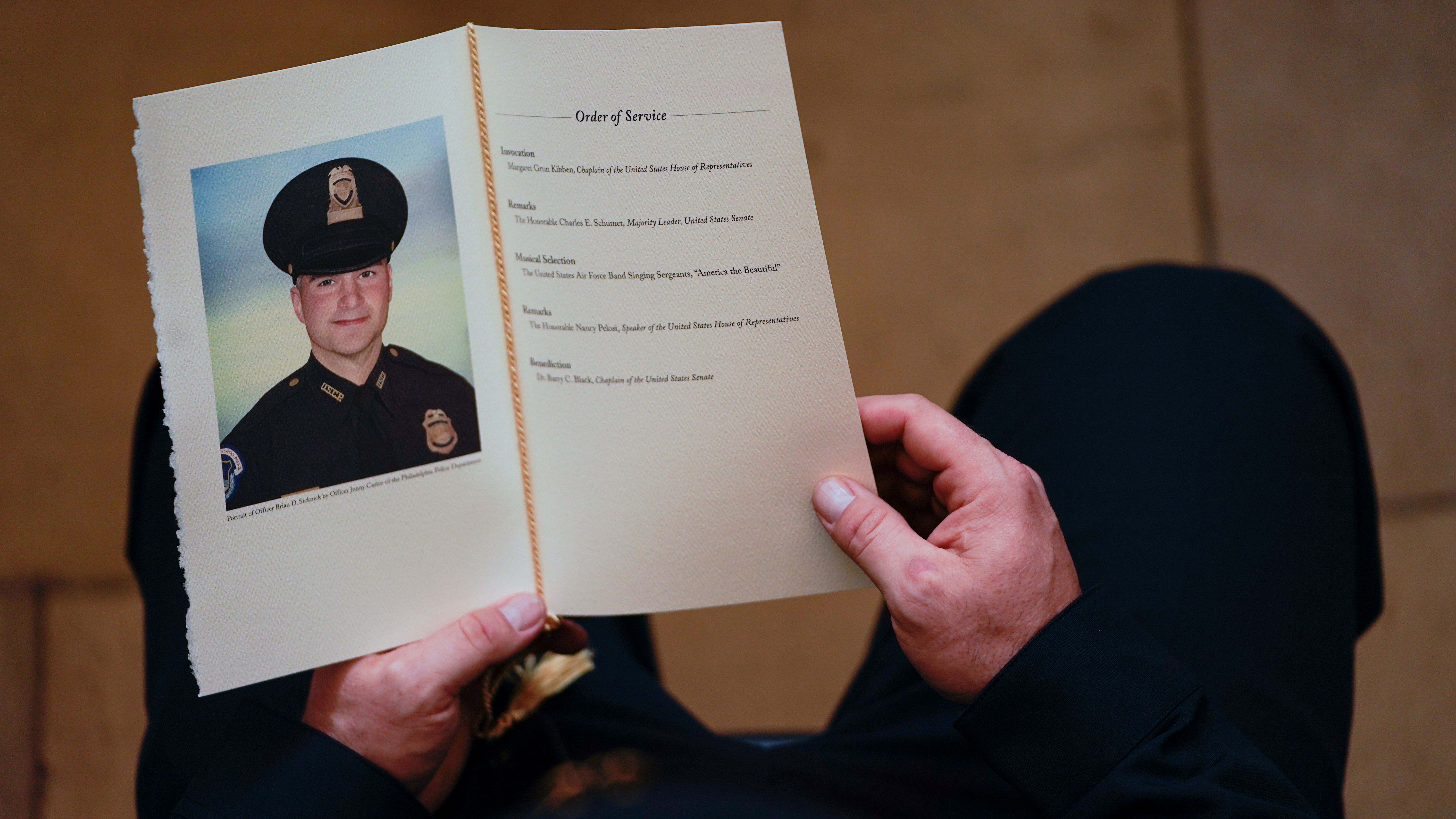 Sicknick died after suffering strokes, the Office of Chief Medical Examiner Dr. Francisco Diaz said in a report. In an interview, Diaz told the Washington Post, which first reported on the determination, that Sicknick suffered two strokes.

Sicknick, 42, was sprayed with a chemical substance outside the Capitol at around 2:20 p.m. ET on Jan. 6, the report said.

He did not suffer an allergic reaction to the chemical irritants dispensed by rioters, Diaz told the Post, nor was there evidence of internal or external injuries. 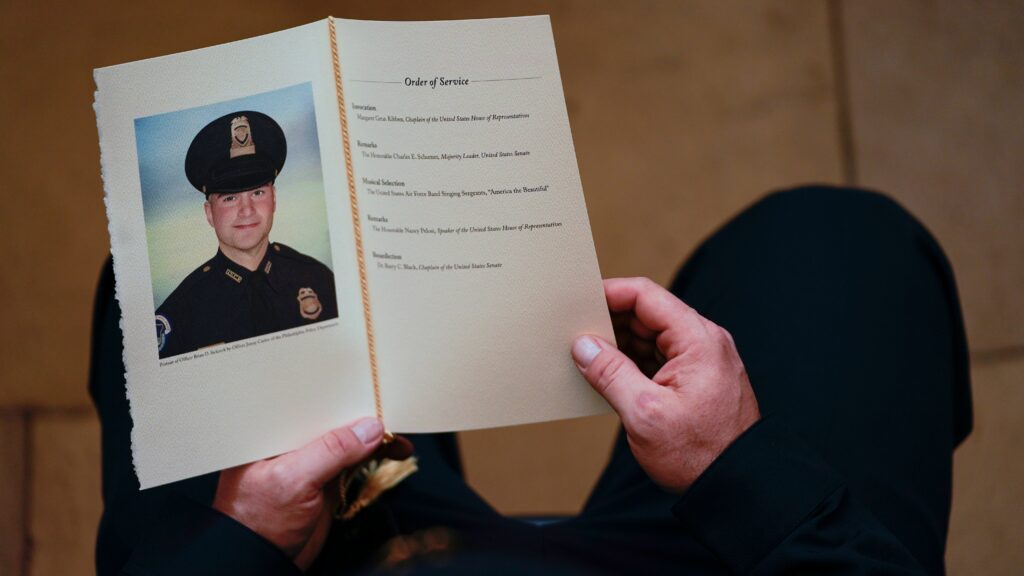 A U.S. Capitol Police officer holds a program as Brian Sicknick lays in honor in the Capitol Rotunda on Feb. 3. A medical examiner has determined that Officer Sicknick died of natural causes following the Jan. 6 insurrection. CREDIT: Demetrius Freeman/Pool/AFP via Getty Images

At approximately 10 p.m., Sicknick collapsed at the Capitol and was transported to a local hospital. He died nearly 24 hours later.

Officials had said that Sicknick died a day after he sustained injuries during the attack. The Justice Department had been investigating his death as a murder.

Sicknick has been counted as one of five people who died as a result of the insurrection attempt at the U.S. Capitol, during which extremists — egged on by then-President Donald Trump and his acolytes in Congress — stormed the complex in an attempt to halt the certification of President Biden’s White House victory.

Two men — Julian Elie Khater of State College, Pa., and George Pierre Tanios of Morgantown, W.Va. — were arrested last month for allegedly spraying a chemical on Sicknick. They were charged with conspiring to injure officers and assaulting federal officers, and other crimes.

During the riot, the Justice Department accuses Khater of having asked Tanios to “give me that bear s***,” implying that it was a pepper-based bear spray.

After pulling a canister from Tanios’ backpack, Khater moved to the front of the crowd, next to the police perimeter. He then raised his hand, aimed the canister at Sicknick and two other officers who were standing just a few feet away, and waved his arm from side to side, the agency said, citing video footage.

The three officers were immediately forced to retreat, “bringing their hands to their faces and rushing to find water to wash out their eyes,” the Justice Department said.

It was not immediately clear how the medical examiner’s report would affect ongoing investigations into Sicknick’s death and how it might affect the charges stemming from his alleged assault. But the official ruling of his death as from natural causes will likely make homicide charges difficult to justify.

“As in all the cases related to Jan. 6, the investigators will continue evaluate the facts and evidence against the law and charge accordingly,” a DOJ official told NPR.