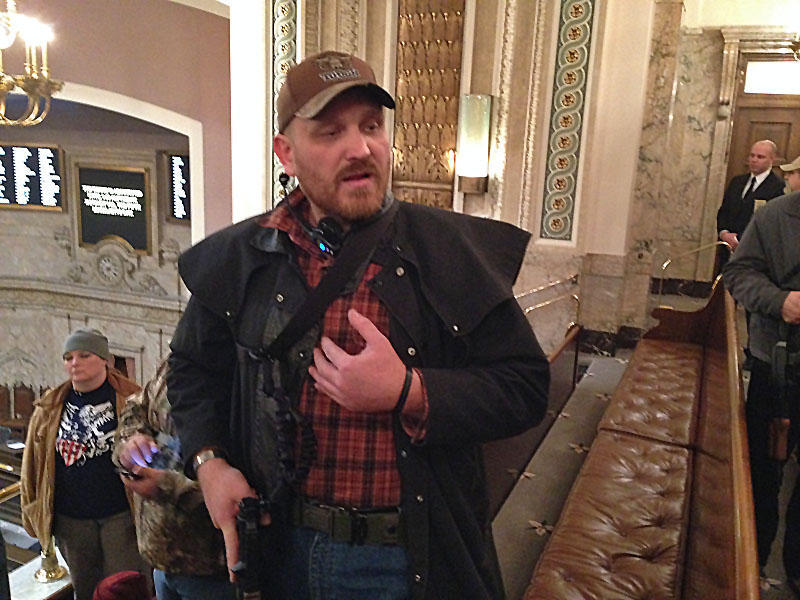 People would be prohibited from openly carrying guns and other weapons at the Capitol and surrounding grounds and at or near permitted public demonstrations across the state under a measure approved Tuesday by the Washington Legislature.

On a 28-21 vote, the Democratic-led Senate concurred with changes made in the House, which passed the bill last month. The Senate initially passed the measure in February, so it now heads to Democratic Gov. Jay Inslee, who is expected to sign it.

“This bill will help ensure the safe exercise of our First Amendment rights by extending current law restricting where someone may carry a weapon to demonstrations and the Capitol campus,” said Democratic Sen. Patty Kuderer, the measure’s sponsor.

Because there is an emergency clause on the bill, the law would take effect immediately upon Inslee’s signature, instead of the usual 90 days after the end of session, something Republicans opposed to the bill noted blocks a potential voter referendum on the measure.

File photo. Jason McMillan carrying a firearm in the Washington House gallery in 2015. Beginning in January 2018, all guns were banned from the Senate gallery. A new bill passed by the Legislature in April 2021 would ban the open carry of firearms on the full Capitol campus. CREDIT: Austin Jenkins/N3

“There’s no emergency,” said Republican Sen. Mike Padden, who joined others in his caucus in voting no.

The bill adds permitted demonstrations and Capitol grounds surrounding the legislative building to the list of designated places where firearms are already prohibited statewide, including restricted areas of jails, courtrooms, taverns and commercial airports.

Permitted concealed weapons have been banned from the Senate public gallery since 2018, but they are allowed in the House public gallery. The Capitol building has been closed to the public since last March because of the coronavirus pandemic. But the Capitol campus grounds are open and have drawn protests including people carrying weapons to oppose coronavirus restrictions, and then, after the election, the outcome.

Under the measure, a person must knowingly be in violation of the law in order for the criminal penalty to apply, and the prohibition does not apply to concealed carry of a firearm by someone with a valid concealed pistol license.

Violation of the law would be a gross misdemeanor, punishable by up to one year in jail and a fine of up to $5,000, or both.