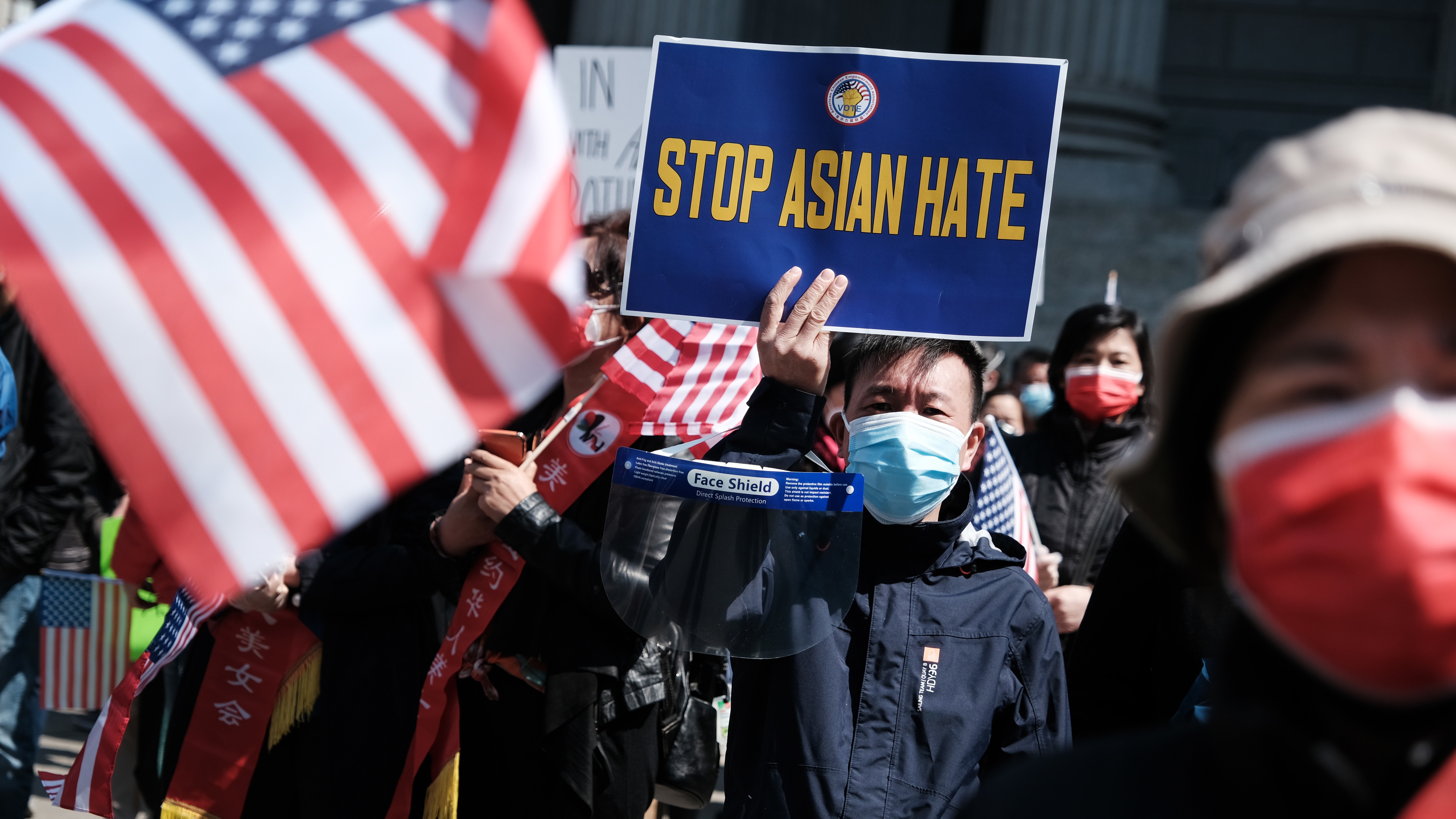 Asian Man In Critical Condition After Another Attack In New York; Police Seek Suspect In Video

A 61-year-old Asian man is fighting for his life after an attack by an unidentified assailant in New York City on Friday evening. The assault is being investigated by police as a possible hate crime.

In surveillance video released by the New York City Police Department’s Hate Crime Task Force, the victim can be seen being pushed to the ground by an unidentified man, who then kicks him in the head multiple times.

The victim — who has not been publicly identified — was rushed to a local hospital, according to police.

No arrests have been made as of Sunday. 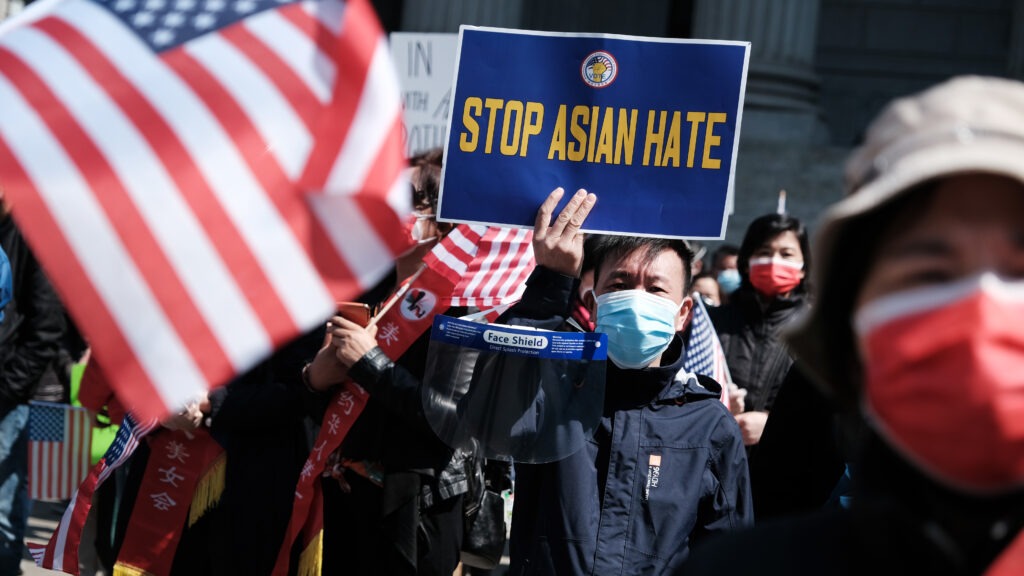 People participate in a protest to demand an end to anti-Asian violence on April 4 in New York City. In a new incident, an Asian man was attacked in New York City on Friday, April 23. CREDIT: Spencer Platt/Getty Images

While authorities have yet to determine if the victim was targeted because of his race, this attack comes during a surge in reports of anti-Asian hate crimes in several cities across the country, including recently against an elderly Asian woman in Manhattan as several bystanders looked on, shootings at three spas in the Atlanta area which left eight people dead, six of whom were Asian women, and several high-profile incidents in the Bay Area.

The increase in reports of anti-Asian attacks began last year, as the coronavirus pandemic spread across the globe. Hate crimes targeting people of Asian decent increased in more than a dozen major cities in 2020 from 2019, according to preliminary data from the Center for the Study of Hate and Extremism at California State University, San Bernardino.

This weekend’s attack in New York comes as the Senate approved legislation on Thursday to ramp up law enforcement efforts to better protect the Asian Americans and Pacific Islanders from hate crimes. The bill, which was re-introduced to Congress jointly last month by Sen. Mazie Hirono, D-Hawaii, and Democratic Rep. Grace Meng of New York, was approved nearly unanimously in a 94-1 vote. Only Republican Sen. Josh Hawley of Missouri voted no.

The bill next heads to the House, where it is expected to gain approval.

“We had a former president who really used a lot of terms like ‘Chinese virus’ and ‘kung flu.’ When a leader who has a tremendous platform uses that sort of incendiary language, it can be really damaging and harmful,” Rep. Meng told NPR’s All Things Considered in March.

“People are scared,” she continued. “People are literally telling their elderly parents and grandparents, ‘Do not go out.’ You know, ‘We’ll buy groceries for you.’ ”

President Biden has spoken out against the attacks numerous times, recently announcing an initiative at the Department of Justice to address anti-Asian crimes. “We can’t be silent in the face of rising violence against Asian Americans,” he wrote on Twitter. “These attacks are wrong, un-American, and must stop.”