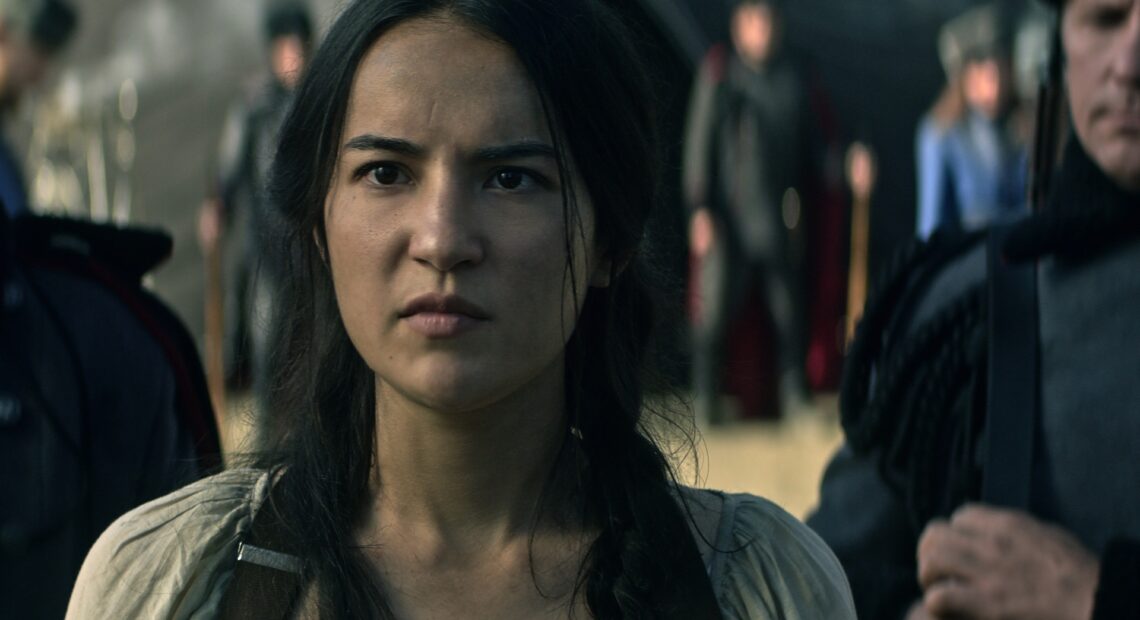 If you’ve spent any time at all on the corner of the Internet where fantasy readers live, breathe and theorize, you’ll know that the April 23 release of Netflix’s new show, Shadow and Bone, is a big deal.

Every so often, a fantasy series with adventure, magic and an unfairly attractive villain comes along and captures the imagination and attention of a passionate base of readers. And when that series leaps into a fully realized television adaptation? Well then, that niche fixation can become a global fantasy phenomenon overnight. And Netflix is hoping its new adaptation will do just that.

Shadow and Bone, described as “Ocean’s Eleven meets Game of Thrones” is an adaptation of two of internationally best-selling author Leigh Bardugo‘s fantasy series, the Shadow and Bone trilogy and The Six of Crows duology. Both series takes place in a world, dubbed the Grishaverse, where certain people possess the ability to manipulate elements. The show centers around Alina Starkov, a young soldier from war-torn Ravka, who discovers that she has the mythical power to summon light and thus the responsibility to save her country from the swath of darkness, known as the Shadow Fold, that has divided it for centuries. 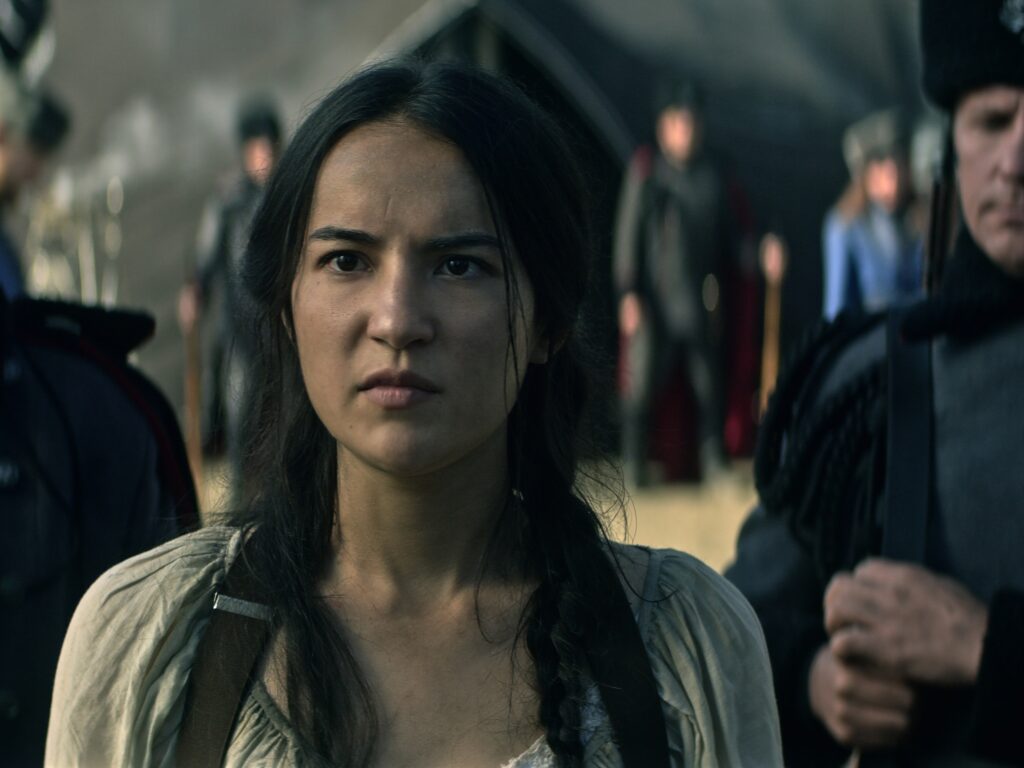 Bardugo’s work in the Grishaverse has remained a darling of the young adult fantasy world for years. Fans from across the world have dedicated countless hours to writing lengthy fanfics, drawing stunning fan art, and making BookTok memes about the series and its morally gray characters. Bardugo’s work in the Grishaverse has also received widespread critical acclaim: Six of Crows was featured on Time magazine’s list of “The 100 Best Fantasy Books of All Time.”

While fans of the books are undoubtedly nervous to see their favorite characters come to life, they might find some relief in the fact that Bardugo served as an executive producer on Shadow and Bone.

“It’s a little like being locked out of your own house and watching somebody eat your food and put their feet on your couch and you’re standing outside the window banging to be let in. I think adaptation can be a really awful process. And so I felt very grateful to actually be able to be involved and also then to feel very excited and proud of the work we’ve done,” Bardugo tells NPR’s Michel Martin on All Things Considered.

On seeing her work adapted for television

I’ve always wanted these stories to reach as many people as they could. And there’s a radical difference between who can be reached from the shelves of a bookstore and who can be reached through Netflix’s subscribers. Books are in a constant battle for attention in a very crowded media scape. And so I’m grateful that more eyes may be turned to these, but I can’t pretend that I didn’t feel a certain amount of grief when I thought about the characters that I had in my head and that readers have been able to envision and create in fan art would essentially be replaced by actors. But what I didn’t anticipate was how extraordinary it would be to see actors bring their own experience and their own physicality and their own spirit to these characters and alter them in such an exciting way.

On the decision to cast Alina Starkov as half-Asian, or as she’s described in the show half-Shu

Shadow and Bone was my first book, and I think I was unconsciously echoing a lot of the fantasy that I had grown up with, which sets a kind of default for straight white characters. And that’s something I’ve tried to improve on as I write, to write more authentically and reflect the people around me in the world, around me more realistically. And I said to Eric [Heisserer, Shadow and Bone showrunner], you know, you guys can do this better than I did. And we talked about how to build this into the story organically.

And it really made perfect sense for Alina to be half- Shu because in the books she comes from a border town and the border is constantly shifting, depending on who’s winning the war. And borders, despite the best efforts of some, are not walls. They are porous. People fall in love across them, and form partnerships across them and do business across them. So it made perfect sense for Alina to be half-Shu, and it meant that her outsider status was not something that could be hidden. And to me, there was something incredibly poignant about somebody who is treated with prejudice and treated shabbily by her country and disrespected by her country, then being thrust into the role of savior and potentially having to sacrifice a great deal in order to save this nation that has treated her so poorly.

Here’s the thing, we talk about diversity in the media as if it’s some weird artificial construct that we’re putting onto these narratives. But it isn’t. Our world is not homogenous. It is not all straight or white or able-bodied, or if it is, maybe you should make some new friends. That is not what our world looks like. So why should our fiction look that way? And, you know, as a fantasy writer, I want everyone to feel welcome in the Grishaverse. I never want people to feel like fantasy and romance and magic and adventure belong to just one kind of person. I don’t see why it should. We didn’t set out to send a message. We set out to tell a story authentically and honestly, and that that’s what good storytelling is.

On writing Kaz Brekker, a main character with a disability, in a world where magic makes anything seem possible

I have degenerative bone disease and I walk with a cane. And when I wrote Six of Crows, I went out on tour, and I met a lot of readers who would say, “Oh, I don’t know why, but I pictured Kaz as being an old man at first.” And I thought, of course you did, because the only people we see with mobility aids in media and in culture are old. They’re old, you know, a wizened crone or an old geezer or a villain whose disability is supposed to indicate some kind of weird otherness. So, you know, this was not, again, something I thought of consciously. I was at the time coming to grips with the fact that I would be using mobility aid and increased pain that I was living with. And I think unconsciously, I sort of created this swaggering, brilliant, badass character to be a kind of self-insert and to give me a little swagger as I walked around with my cane.

On her journey as an author

I worked in makeup and special effects. I had a lot of jobs. I wrote movie trailers. I did all kinds of things. You know, the thing about wanting to take the creative road is that it is not clearly marked for anybody. I remember when I got my first rejection, when I started looking for agents and I got it five hours after I sent out my first query. And I thought, well, this is either going to be the end of the story or it’s going to be a footnote and something I talk about in interviews. So I feel pretty good.