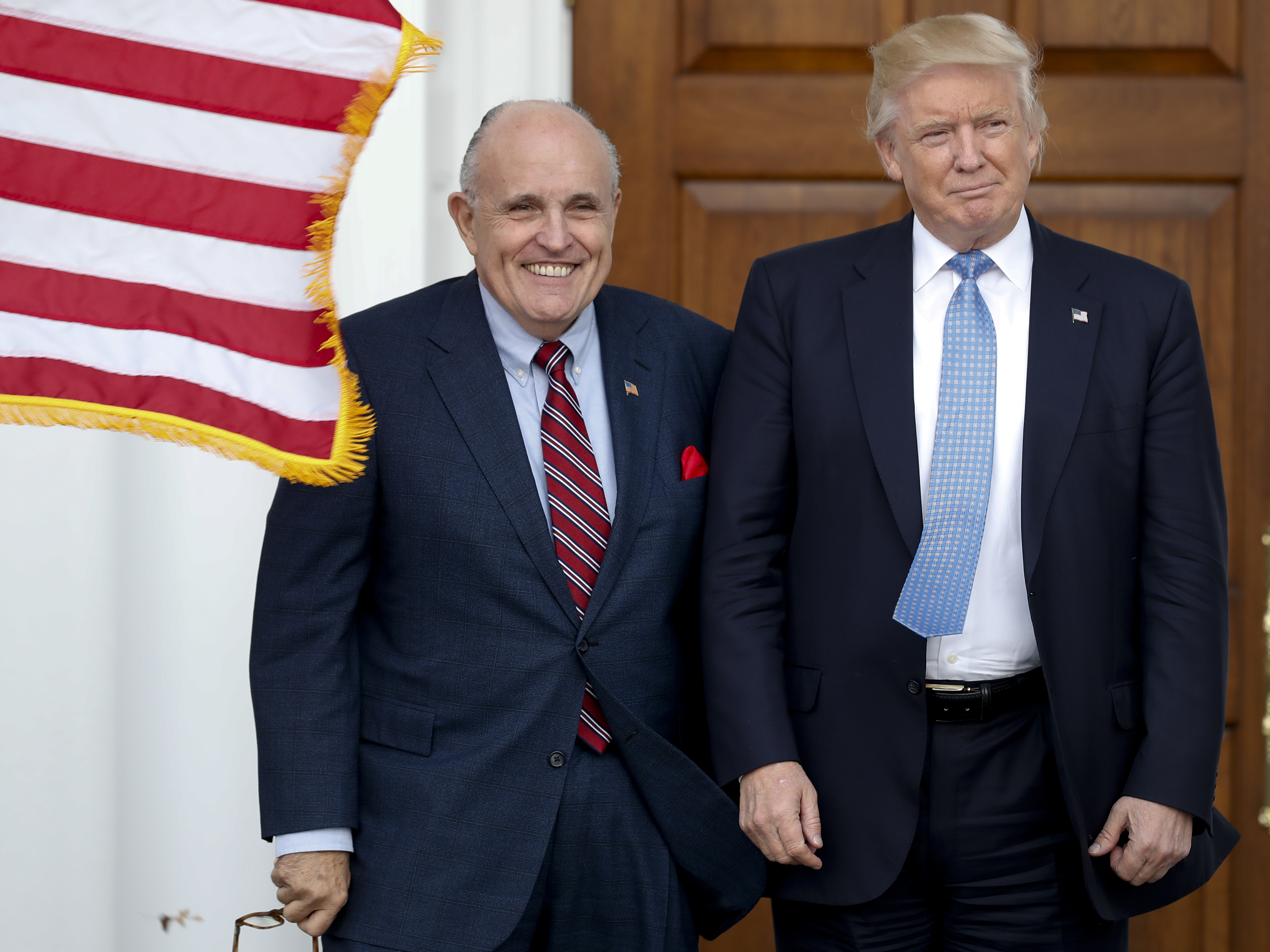 Robert Costello said the FBI conducted the raid at Giuliani’s apartment on the Upper East Side of Manhattan at around 6 a.m. and seized electronic devices. He said the search warrants are connected to an investigation into possible violations of the Foreign Agents Registration Act tied to Giuliani’s Ukraine-related work.

The news was first reported by The New York Times.

The activities of the former mayor and prosecutor, who later became the personal lawyer to former President Donald Trump, was the focus of attention during Trump’s first impeachment trial in 2020 related to the Ukraine scandal.

Giuliani also played a key role in amplifying falsehoods about the 2020 election and orchestrated many of Trump’s attempts to overturn the results. Those efforts led to Trump’s second impeachment trial after he left office.

The raid amounts to a dramatic change of fortune for a man who made his name as the top federal prosecutor in New York City, pursuing Wall Street insiders who broke the law for personal profit in the 1980s.

It is unusual but not unheard of for agents to execute a search warrant against a lawyer because of concerns about attorney-client privilege. Senior Justice Department officials normally have to approve such a move.

The search warrant then would have to be approved by a federal judge who would have determined — based on information presented by prosecutors — that there was probable cause to believe a crime had been committed and that evidence of the offense was at the location or on the devices authorities wanted to search.

In this case, former prosecutors said the search warrant suggests the investigation into Giuliani’s activities is at an advanced stage.

FBI agents also showed up early Wednesday at the house of Victoria Toensing, a Washington lawyer who worked with Giuliani on Ukraine issues, with a warrant for her cellphone. The warrant mentioned foreign lobbying violations, according to a person familiar with the matter.

In a statement, Toensing’s law firm said that Toensing is a former federal prosecutor and Justice Department official who has “always conducted herself and her law practice according to the highest legal and ethical standards.”

“She would have been happy to turn over any relevant documents. All they had to do was ask. Ms. Toensing was informed that she is not a target of the investigation,” it said.

Federal investigators were known to be scrutinizing Giuliani’s business dealings and Ukraine work.

Two of Giuliani’s business associates have already been indicted on counts that include campaign finance violations and false statements.

Lev Parnas and Igor Fruman are accused of illegally funneling foreign money to a U.S. congressman for help in ousting the woman who was then the U.S. ambassador to Ukraine. They have pleaded not guilty to the charges.

Parnas and Fruman also helped introduce Giuliani to influential people in Ukraine as he tried to dig up unflattering information in 2019 for use against now-President Biden and his son Hunter as Biden was launching his presidential campaign.

Costello said subpoenas indicate investigators are seeking Giuliani’s communications with a long list of individuals, including Parnas and Fruman, as well as the journalist John Solomon, who helped amplify Giuliani’s claims tied to Ukraine.

Giuliani’s involvement took place before, during and then after the core events of the Ukraine affair in 2019 in which Trump ordered assistance be frozen to extract concessions from Ukraine’s government.

Ultimately the aid was released, and Ukrainian officials did not give Trump the political ammunition he wanted — but Democrats nonetheless called the exchange an abuse of power and impeached Trump.

Hunter Biden’s payments by a Ukrainian company at the time his father was vice president have embarrassed the family, but investigators have concluded that no laws were broken.

Giuliani, a two-term mayor of New York, rose to international prominence after he steered the city through tragedy on Sept. 11, 2001, when two planes piloted by terrorists crashed into the World Trade Center.

His later efforts to win higher office, in the U.S. Senate and the Republican nomination for the White House, floundered.

In recent years, Giuliani monetized his reputation for security and policing into lucrative side ventures. But it’s his close association with Trump and his financial dealings with foreign governments that drew American law enforcement scrutiny.